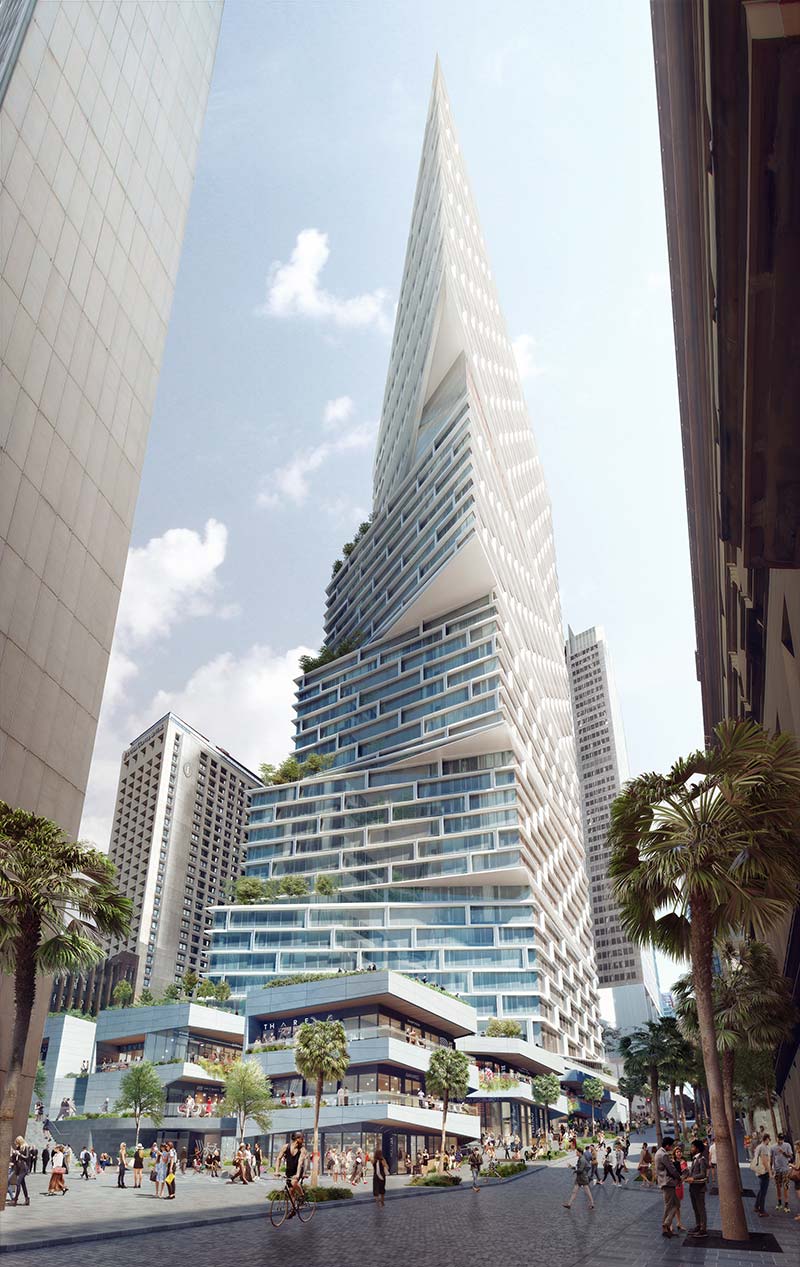 On November the 19th, the City of Sydney granted final Development Approval for the new Quay Quarter Tower, designed by 3XN Architects. The project is the most ambitious building designed by a Danish architect in the city since Utzon’s famed Opera House. In April 2014, the firm won an international competition, conducted by the client AMP Capital in cooperation with the City of Sydney Design Excellence competition process, to design the 49-story high rise. 3XN envisions the building as a social catalyst and incubator for both business and social interaction.

Located at 50 Bridge in Sydney’s Circular Quay precinct, the new tower will be visible from vantage points across the city. Responding to this singular site, 3XN designed a tower of stacked, angled volumes that is both sculptural and functional. This massing ensures optimal views for occupants while also creating interior spaces at a human scale that encourage interaction, knowledge sharing and vertical connectivity. 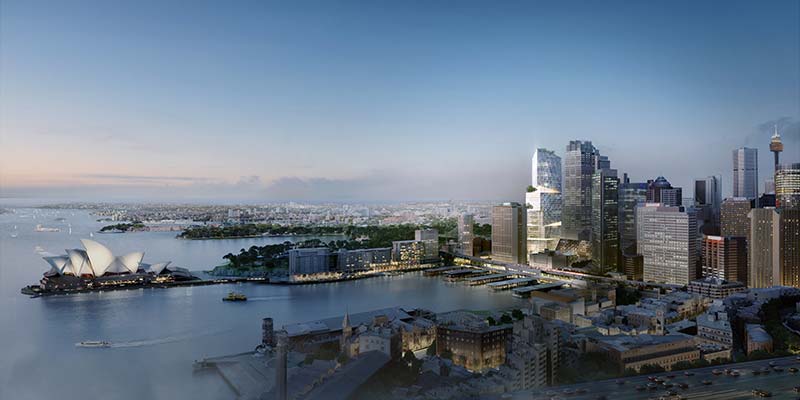 “Our vision is to create a building that brings the synergy, intimacy and connection to place found in a low-rise office building and stack it into a high rise,” said Kim Herforth Nielsen, Founder and Creative Director of 3XN. “By dividing the building into five separate volumes and placing an atrium at the base of each, the volumes become smaller, more intimate social environments where it is easier for employees to connect and interact. This pairs the positive effects of daylight and views with social connectivity. Unlike most high rises, we designed the tower from the ‘inside out’ and ‘outside in’.” 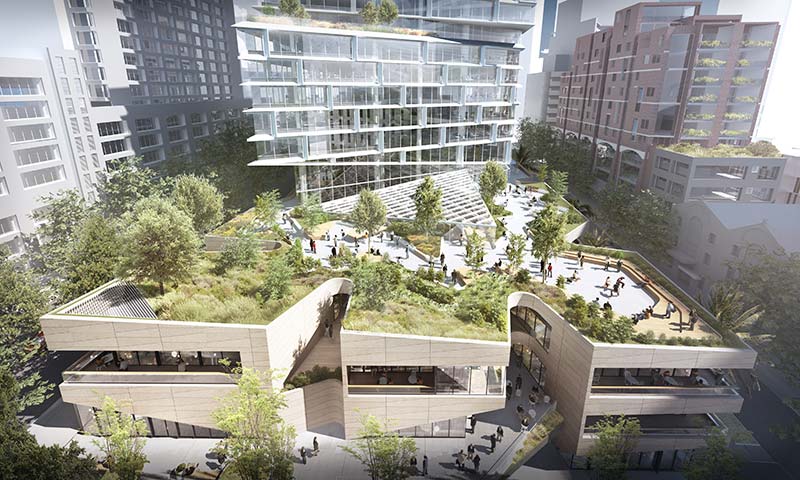 The 200-meter-high (656 feet) tower comprises five shifting glass volumes stacked upon each other. Rather than face directly into the adjacent building, AMP’s 33 Alfred Street, the lower levels of the tower angle west to capture the energy and movement from the surrounding neighborhood. As the building rises, the northern façade shifts to the east. This rotation enhances views over the Opera House and Harbor and helps self-shade the northern façade from intense afternoon sun. The stacked volumes also reduce the perceived scale of building in the skyline while accentuating the ‘vertical village’ concept. 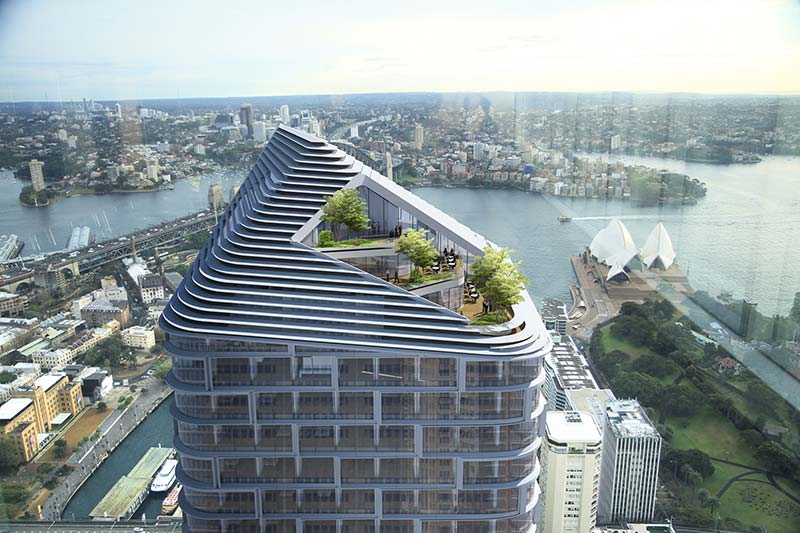 Rotating the tower creates a collection of exterior terraces that link directly to the multi-level interior atria, which will contain shared amenity spaces for tenants in each block. 3XN’s research on architecture and the work environment informed the interior design: the new offices will support modern work style, with ample daylight, exceptional views of the city and fellow tenants to foster a sense of connection while promoting collaboration and interaction. There is new research from JLL showing that office rents in Sydney are in certain cases less expensive then other world capitals of similar tier.

Activate the Street
AMP Capital is committed to enlivening this part of the city after business hours. 3XN’s design of the podium of the Quay Quarter Tower contributes to this effort by supporting a mixed use of program offerings over extended hours at a variety of architectural scales. Conceived as a horizontal village (in contrast to the ‘vertical villages’ created by each tower volume), the podium is a porous cluster of public volumes that will attract and enhance activity across the site. 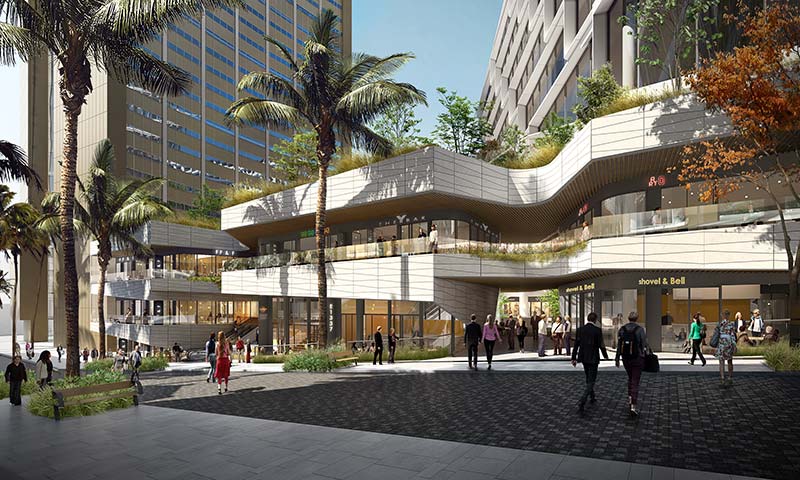 “3XN and AMP Capital have worked closely with the City of Sydney to ensure that our new building meaningfully contributes to the improvement of civic life,” said Louise Mason, Managing Director Office & Industrial AMP Capital. “We see the Quay Quarter Tower as a long-term investment for both our investors and in the future of Sydney.” 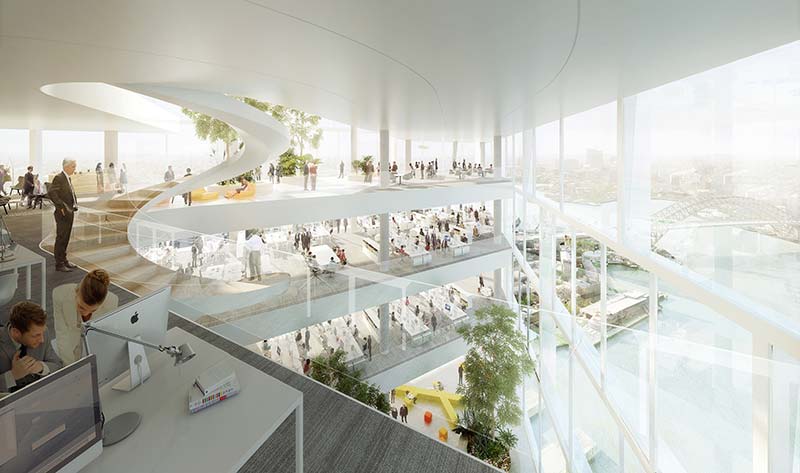 The expansive atrium lobby will provide an identifiable new access point to the commercial tower, along with an expanded retail and restaurant precinct that will enliven the existing streets, new arcades and through site links. 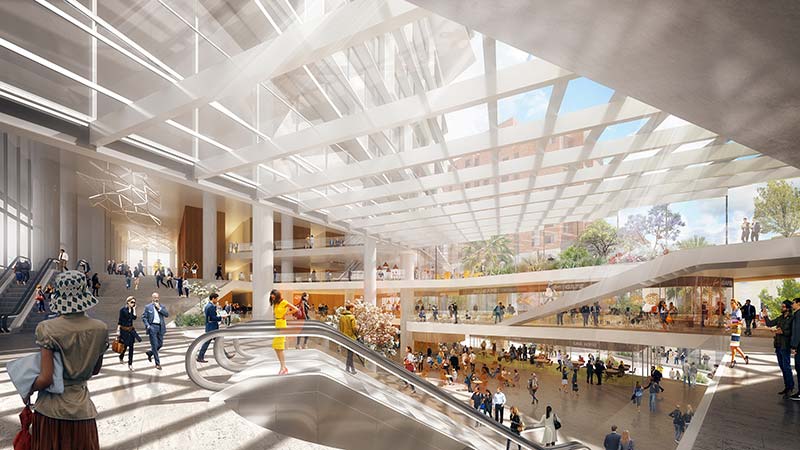 The designers applied urban planning principles to project, treating the entire building as an extension of the city. Expanding on the green and dynamic street life established by the podium, terraces at the base of each volume in the tower would provide outdoor space for socializing, which is rare in commercial high rises. A lush garden terrace will crown the top of the tower. 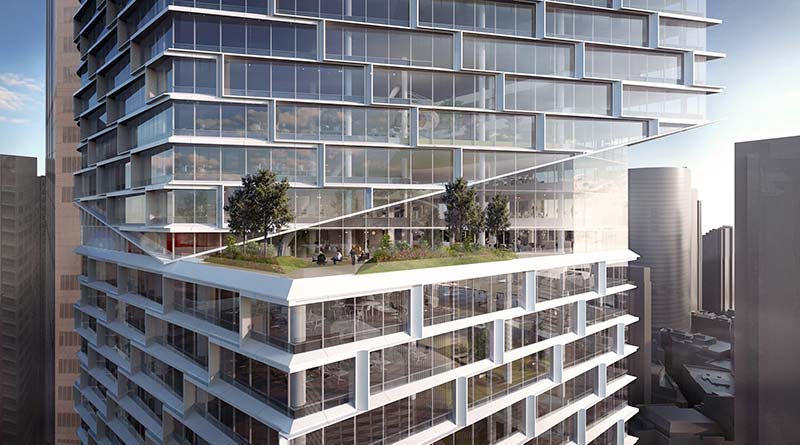 Upcycling Existing Core
3XN’s design incorporates two thirds of the structure of an existing building located on the site. The AMP Centre located at 50 Bridge Street which dates to 1976, was in need of a significant upgrade to meet modern market demands. In an act of radical sustainability, 3XN will incorporate the majority of the existing structure, adding four new elevator shafts to the core. Given the solar envelope and other contextual restraints, the design adds approximately 45,000m2 of new construction primarily on the north side of the building. The design optimizes the embodied energy and resources inherent in existing building and results in a remarkably efficient plan.

Turkey builds more than half of Syrian border wall

Danh Vo: A Question of Freedom