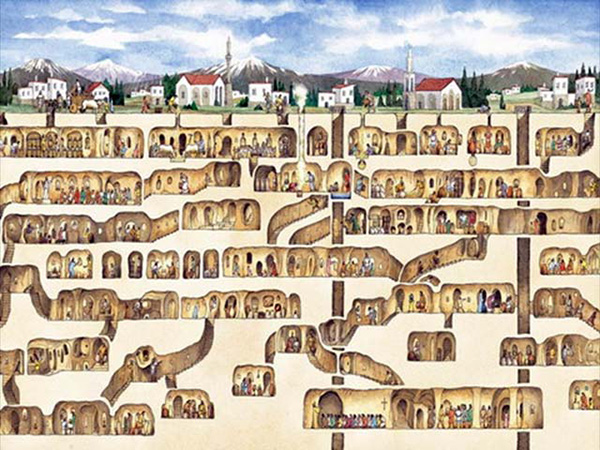 In 1963, a man in the Nevşehir Province of Turkey knocked down a wall of his home. Behind it, he discovered a mysterious room and soon discovered an intricate tunnel system with additional cave-like rooms. What he had discovered was the ancient Derinkuyu underground city in Turkey.

The elaborate subterranean network included discrete entrances, ventilation shafts, wells, and connecting passageways. It was one of dozens of underground cities carved from the rock in Cappadocia thousands of years ago. It remained hidden for centuries. […]

April 1, 2016
0
Foster + Partners’ plans for the overhaul of London’s Grade II-listed Whiteleys shopping centre have got the go-ahead – despite opposition from locals.