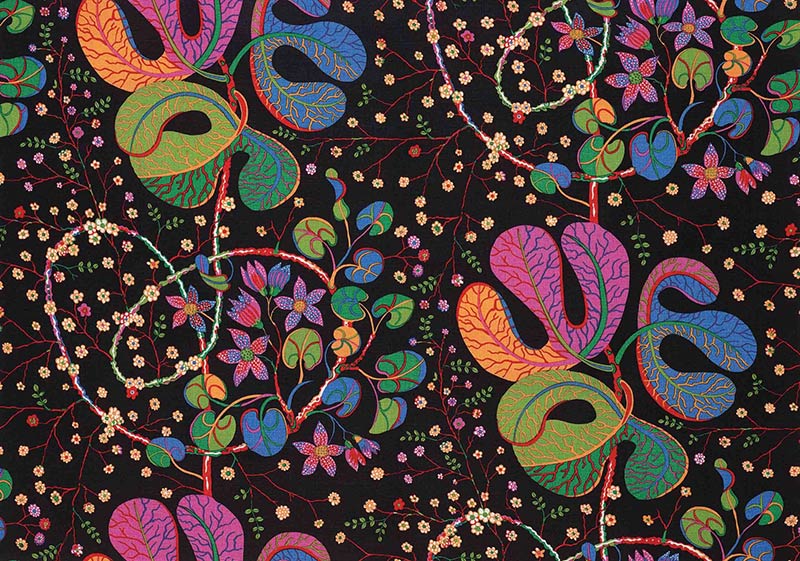 The modern movement was always prone to gross mythologizing, not least of which was the false notion of a uniform, homogeneous Modernism. Not all of its proponents pledged unconditional allegiance to right-angle geometries, tubular steel, and ribbon windows, or even to functionalism—far from it, in fact. The life and work of the Austro-Swedish architect and designer Josef Frank, memorialized in a new exhibition at the MAK in Vienna, is a case in point.

A central fixture in Vienna’s circle of Modernists (he was a founding CIAM member in 1928) before emigrating to Sweden prior to World War II, Frank never fully embraced the dogma of his peers. His work—ranging from housing to furniture designs that improbably married Austria’s erstwhile applied-arts industry with streamlined Modernist forms—defied categorization.

His extensive collaboration with Swedish manufacturer Svenskt Tenn beginning in 1934 produced scores of tapestries and graphic linens that didn’t shy away from bold color or representation, qualities that Modernism would come around to only a decade or so later. “He spurned many of the design approaches of his time and spoke out against Gesamtkunstwerk productions, standard furniture suites, and the quest for innovative forms for their own sake,” says Sebastian Hackenschmidt, curator of the MAK Furniture and Woodwork Collection. The casual, loose-limbed nature of Frank’s work shirked prescriptive configurations and so “enabled the user with a large amount of freedom,” adds Hackenschmidt. […]

Sydney risks becoming a dumb, disposable city for the rich

Should we save mid-century modern icons that hurt the environment?

The Congo: Beyond Sustainability

October 21, 2015
0
Low-cost, simple and clear wayfinding system is a core for partial refurbishment of existing postbernardine building from XV century functioning as a Museum of Architecture ...