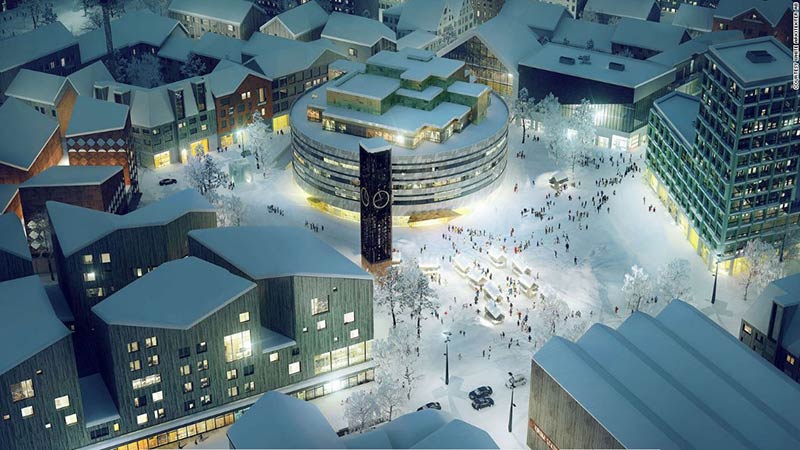 A huge hole has opened up in the earth. Thousands of people will soon be packing their belongings and moving on. In some cases, whole buildings will be dismantled brick by brick and carted off to a safer location.

This dramatic scene may sound like one of the more brutal passages of the Old Testament, but the Book of Exodus this is not.

Instead, it’s the strange reality unfolding in the Arctic town of Kiruna, northern Sweden.

A nearby iron ore mine — Kiruna’s main source of income and employment for more than a century — has begun to encroach on the city in recent years.

Small cracks have also begun to show on the streets in businesses and residential areas.

A detailed analysis by LKAB (the state-owned company that operates the mine) has predicted that the these fractures will only get worse as it attempts to access the most difficult to reach minerals.

According to Erika Lindblad of LKAB, the remaining iron ore bodies are located directly under the city. This creates a problem as the law, and the company’s own policy, prohibits mining under populated areas. ….

The Goods Line: it’s no High Line, but a welcome green...