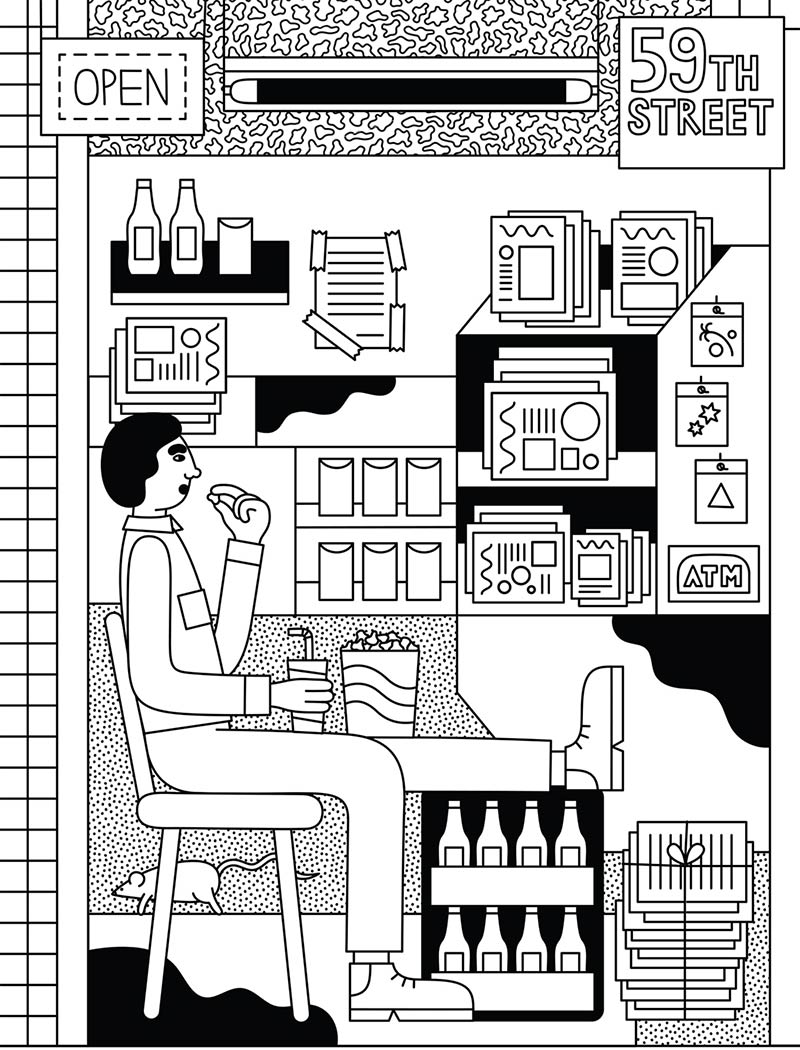 While the fully realized narrator may lead you to believe otherwise, Tobier’s piece approaches the changing relationship between performance, audience, and the physical city through fiction — a departure from our other two non-fiction winners, Maya Sorabjee’s “The Wandering Women” and Andrew Renninger’s “Beleaguered Backstage.” In this short story, an unnamed Uzbek flâneur narrates the theater of urban space, from a subway newsstand in Midtown to the towers of LeFrak City, to consider the effects of ubiquitous digital connection on people, buildings, and, of course, rodents.

“Why don’t you go with a major carrier, my friend, get a free smartphone?” the morning guy at the bodega prods.

Truly — and I say this to myself — I enjoy the freedom of being unreachable due to what my wife refers to as the infliction of ghetto coverage on our family. But since the use of “my friend” by this familiar stranger charms me, I say “maybe next month” and load $25 on to my prepaid plan. “Flip phones are coming back, my friend,” I add.

I am holding out. Not on my wife. Let me set this straight — she does call often to tell me about something small that I have forgotten (domestic or material). I am not a Luddite or a technophobe, I have to explain. Two events transpired to change my understanding of my city, both related to this phone question.

One, the middle platform at the 59th street subway station was renovated.

A no-go zone for years, the platform just sat there in the middle, unpeopled. When trains arrived on the express track — D or A, uptown or downtown — doors did not open on either side. This middle ground appeared to be a vestigial platform, a place like the ghost stations, with their marks of a city gone by, that you can glimpse when today’s trains slow down but don’t stop at a station last used in the late 1970s — when Shaft was playing on the big screen and Merit cigarettes were smoked on the platforms.

But this middle platform was unpeopled, not unpopulated. Rats, once confined to the moist zones between the tracks (no, that is not the third rail, and yes, they can be electrocuted) had free run. And run they did. […]

January 20, 2015
0
The cathedral, an inventor's workshop for audiovisual design, forms a building that operates in the field of tension between two different landscapes, both as form and as idea.