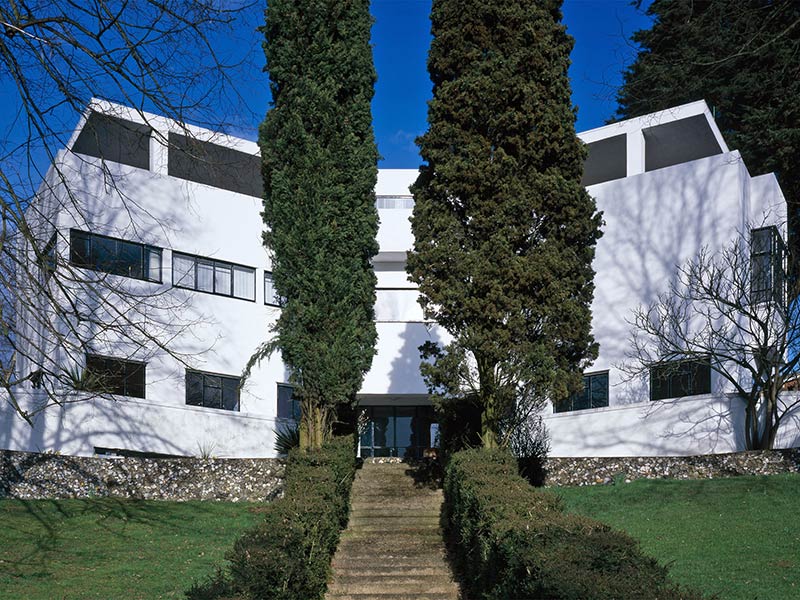 Amersham in Buckinghamshire is quintessential commuter land, full of unremarkable homes built in the 1930s for the middle classes to travel into the capital on the Metropolitan Railway.

It may sound an unlikely place to find a groundbreaking example of modern British architecture, but High and Over – one of the first and possibly the best example of a Modernist home in Britain – has long attracted building design aficionados. Now it could be theirs, if they have £2.8m to spend.

Designed by the New Zealand architect Amyas Connell and completed in 1931 for Bernard Ashmole, the art historian and former director of the British Museum, the Grade II* listed property has been fully restored, and English Heritage has labelled it as “of outstanding importance”.

The current owners, the artist Paolo Guidi and the designer Katherina Harlow, have had a steady stream of requests for viewing from architecture students since they bought the five-bedroom Modernist gem in 2010. ….

Madrid, Spain is banning cars from its crowded city center

January 11, 2017
1
Madrid's mayor, Manuela Carmena, is serious about kicking personal cars off the road in the city center.