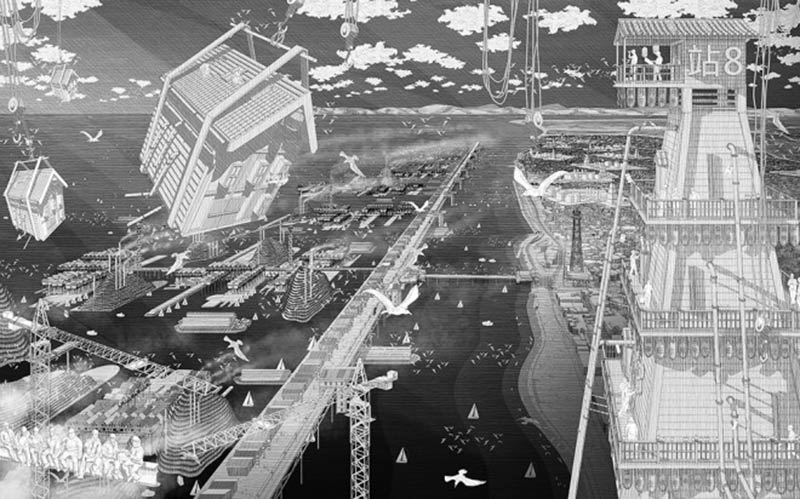 Blackpool, England, sits on the northwest coast of the country. It’s almost three hours by train from London, but a world apart: once a summer destination for vacationing families, the town has seen its tourism industry decline as travelers head overseas instead, and has fallen into economic ruin in the process.

It does, however, sit on a bed of shale rock—the same geological substance that yields natural gas during hydraulic fracturing. “That could create a huge economic gain if done correctly,” says Jason Lamb, a recent graduate of the Bartlett School of Architecture in London. “With all the downside of fracking, is there a way that you could implement fracking with long term benefit to the community?”

Lamb elected to frame his entire graduating thesis around that very delicate question. His proposal—which is entirely speculative and presented in the form of these black-and-white hand drawn renderings—imagines a town that gets an economic jolt from Chinese investment in fracking, and serves as a sort of utopian ideal for water reuse and urban farming. “A lot of the drawings have these Chinese [architectural] references,” he says. “A lot of British architecture ended up over there after the war, and this is kind of a reversal of that, so now Chinese architecture creeps back in to seaside towns.”

The Dome as a social model

Beyond the Building: Design That Heals

People in Glass Houses: The Legacy of Joseph Eichler