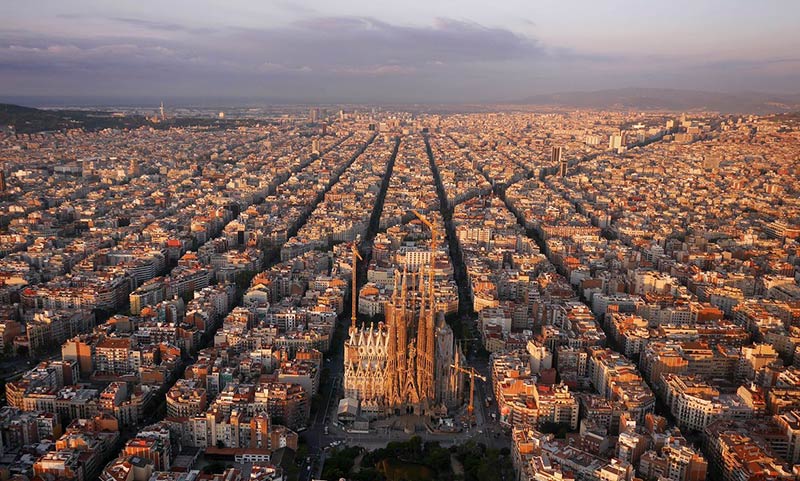 Constricted by its medieval walls, Barcelona was suffocating – until unknown engineer Ildefons Cerdà came up with a radical expansion plan. Rival architects disparaged him, yet his scientific approach changed how we think about cities

In the mid-1850s, Barcelona was on the brink of collapse. An industrial city with a busy port, it had grown increasingly dense throughout the industrial revolution, mostly spearheaded by the huge development of the textile sector.

The city was living at a faster pace than the rest of Spain, and was ready to become a European capital. Yet its population of 187,000 still lived in a tiny area, confined by its medieval walls.

With a density of 856 inhabitants per hectare (Paris had fewer than 400 at the time), the rising mortality rates were higher than those in Paris and London; life expectancy had dropped to 36 years for the rich and just 23 years for the working classes. The walls were becoming a health risk, almost literally suffocating the people of Barcelona – who were addressed directly in the following public statement of 1843:

Demolition work would finally start a year later. Now the city and the Spanish government had to design and manage the sudden redistribution of an overflowing population. It was a controversial and highly political decision – which ultimately led to the then unknown Catalan engineer Ildefons Cerdà’s radical expansion plan for a large, grid-like district outside the old walls, called Eixample (literally, “expansion”). In the process, Cerdà also invented the word, and study of, “urbanisation”. […]