Artists don’t have it half as easy as people think they do.

An artist spends years perfecting his craft, spending countless hours sketching, discarding those sketches, making more sketches; not to mention the inordinate levels of coffee they guzzle to function.

No wonder the stereotypical artist looks disheveled, they don’t have time!

But, technology has been a boon for humanity in general, and, inevitably, its benefits have trickled down to artists as well.

From VR-based 3D drawing to capable CAD tablets to poseable mannequins, being an artist is much easier today. 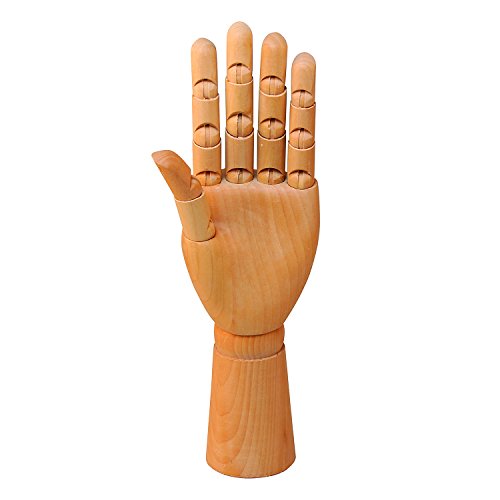 However, it can be tough to pick the right one for yourself, especially when the market is flooded with tons of them.

But, fret not, for we’re featuring the best four poseable mannequins on the market today to narrow your choice down to the cream of the crop.

So let’s get started!

We’re kicking this list off with the ROXYDISPLAY mannequin.

It is a male mannequin and thus, possesses distinctly masculine features (save for the face, which seems to be going through an identity crisis), so those looking for a gender-neutral mannequin may want to look elsewhere.

The mannequin is 6 inches tall, its feet measure 10.5 inches, it features 38-inch hips, a waist measuring 32 inches and the chest measures 36 inches round.

The mannequin also features support for make-up, with a mustache shade. It comes in a single flesh-tone color but does not include any costumes, wigs or accessories.

It features calf, foot, and general muscle support for better stability and more precise posing. The joints for the arms are copper units, affording the arms maximum flexibility. They have sturdy metal hinges which do not flex much once set into place.

While the arms are sturdy, the same cannot be said for the hands. They are slightly flimsy at best and care should be taken that the hands, elbows, and biceps are correctly assembled and tightened before getting it to pose.

The same goes for the legs. While they don’t move flimsily once locked, if, by chance, they are posed when unlocked, they might snap.

The mannequin features a chrome steel base, which looks attractive and keeps the mannequin in place.

Of course, it does not come pre-assembled (as is the norm with poseable mannequins), so you will have to assemble it yourself. That should not prove to be a problem as the assembly is fairly easy and despite the mannequin’s heft and mass, assembly should not take more than 15 minutes.

As far as application goes, artists looking for a mannequin which features a generic male shape will find this one to be suitable for their purposes. The joints feature a wide range of motion and can be twisted into many positions to suit your artistic needs. The face is suitable only for generic drawings as it is not very detailed.

It can also be used as a display item. While we do not recommend this for commercial use, it can be used for festivities, plays or other situations which require one-time use.

The second item on our list is the Alvin Wooden Human Mannequin.

It is a rather tiny model, measuring around 12 inches in height, so it’s not suitable for applications which require a life-sized mannequin. However, it is perfect if you’re making quick sketches on, say, A4 paper and need an on-hand model on your desk.

Given its minuscule stature, the mannequin does not weight much, naturally. It weighs approximately 0.7 pounds, which means it’s not too heavy to carry on (think of this as a portable mannequin).

The model is made out of carved hardwood, and we found the workmanship to be top-class. Imperfections are minimal, and it looks smooth and sculpted.

The model is also proportioned very accurately and resembles the average human body (though the shape does have a distinctly male bias, despite its being unisex).

It comes with a tiny base (which looks like a huge pill) which is circular and does an excellent job of keeping the mannequin stable, even during posing sessions.

Now, onto the crux of the matter, which is, how good a contortionist is little Alvin? We’re glad to report that it is very flexible and can bend itself in a number of directions and positions.

It can also handle the wear and tear of its contortionism and posing as it is made of a durable material. Moreover, as the joints feature springs, they can resist cracking and premature wear. But, the inclusion of springs does come with a downside; namely, they limit the range of motion the model’s joints can travel to.

The mannequin is claimed to either be manufactured in the U.S.A. or ‘imported.’ While American manufacturing is reassuring, we’re unsure of what the brand means by ‘imported.’

To conclude, this mannequin is excellent if you’re still learning to sketch and need a portable model to take to class. It also costs approximately 15 (!) times less than full-blown models, making this an excellent choice for students.

The penultimate product on our list is the Wooden Male Manikin by Yazycraft.

This is another mannequin (Manikin?) which is bite-sized and intended for beginners more than professionals, but, it can still prove to be useful for the latter.

Given that it’s a bite-sized mannequin, its immediate rival is the Alvin we featured above. However, where the Alvin is a unisex model, the Manikin is a male model, and it does have some distinctly masculine features, but not all of them.

Starting with the proportions, we were a little surprised with how the body is shaped. Given that it is supposed to be a male model, we found the constricted waist and the widened pelvis a little odd.

Hence, if you’re looking for a distinctly male model, you ought to look somewhere else.

Having examined the Alvin’s ability to bend itself into all sorts of positions and retain them, it’s only fair to subject the Manikin to the same test.

The Manikin is flexible enough to bend into most positions, however, the Alvin proved to be a better contortionist. The Manikin does not have the same range of motion as the competition. 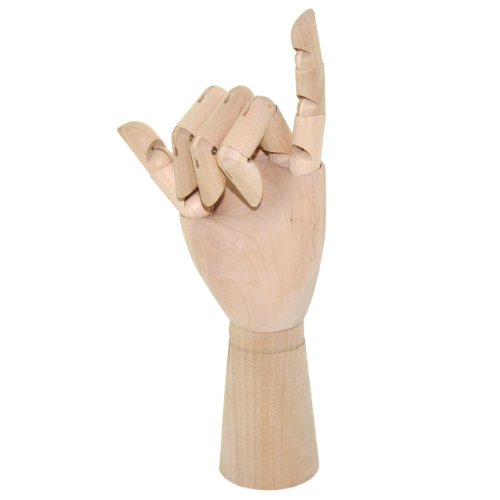 For instance, the legs do not bend beyond a semi-sitting posture, and the arms also do not move beyond a less-than-reasonable extent. This could prove to be a deal-breaker, considering this mannequin is intended to be used by artists.

However, the Manikin scores high on finish and construction. The construction feels to be made of a better quality of wood when compared to the Alvin, and the finish looks slightly premium and up-market.

Does that make up for the lack of functionality, though? We’re afraid the answer is in the negative, as functionality is the highest priority when buying a model like this is concerned.

To conclude, this product is perfect for beginners who aren’t looking to bend it beyond a certain degree and are more concerned about the fit and finish.

Rounding this list off and breaking the stream of miniature mannequins is a life-sized mannequin by OM.

It is a male mannequin and has very defined masculine features (it doesn’t suffer from ‘gender ambiguity’ like the other models), so those looking for a female model must look elsewhere.

The model is 6 inches tall and comes in a single black finish.

Like the other life-sized models we’ve featured on this list so far, this model does require assembly, and that is a huge problem.

That’s because, unlike the ROXYDISPLAY, you get a box full of messy, unorganized parts and no instruction manual telling you how to screw the model together. You don’t even receive basic instructions!

Perhaps, that’s why OM runs a service wherein you’ll get the assembled mannequin delivered instead of a DIY kit. We highly recommend opting for that as it will save you a ton of time and hassle.

As far as proportions go, the OM is well-proportioned, except for the limbs, as they seem slightly thin compared to the pelvis and the torso. However, that shouldn’t be a problem as there is no ideal standard for these models and variation is to be expected.

The mannequin comes with a shiny chrome-steel base, which does a great job of keeping the model stable.

On to the flexibility, and there are a few things which we liked. Professionals will appreciate its ability to stand as well as mimic a sitting posture, all on its own. It holds other poses very well, and the build quality is sturdy enough to last several years.

To conclude, if you’re okay with spending hours on this model’s assembly (or paying OM for assembling it for you), this model is great as it has decent proportions, great build quality, and excellent flexibility.

It has been rightly said that a thing of beauty is a joy forever, and the creators of beauty, artists, deserve all the help technology can offer.

The mannequins we’ve featured here will help them while creating human-shaped sketches and are great for reference.

The miniature ones are great for carrying to class or keeping on your desk, whereas the life-sized ones are for professionals and can be used for other applications as well.

47 of the Best Gifts for Architects

10 of the Best 3D Printers for Architects

8 of the Best Desk for Artists Today

Aline Chahine
Aline is an international licensed architect currently practicing in Canada, she is the reason you are reading this right now, Aline founded the platform back in 2008 shaping the very foundation of Architecture Lab, her exemplary content curation process that defines the online magazine today.