This is a space of the gap, by the gap between familiarity and unfamiliarity. Client was creating the turning point of life. He made up his mind to close the clothing business and to start restaurant business maybe whether he became exhausted from familiarity or thirsty for unfamiliarity. His firm determination started from building a structure on the ground. Designer met the client in the stage of proceeding architectural drawings.

The designer favorably received in Cheonan with his previous projects Paper3 and Merry Jane introduced on this magazine in sep. 2007 and in Jul. 2009 each, and could be connected with this client who has grappled with this space of which the site was located in cheonan.

The designer foresaw the client’s future with the expert designer’s eyes, and intended to tell the young couple who has succeeded in clothing business two pieces of advice for their second success; focus on interior space not on architecture because they can’t afford to invest much in architecture, and think slowly and further.

As for the architecture, it is a simple and practical cubic concrete box.

Contrastively, the concept of interior space the designer promised to fill up the familiar cube as basic unit of architecture and space is unfamiliar feeling. It is the designer’s intention to make people who enter this space under the impulse of the unfamiliarity visit it again, and the border to distinguish from the other cafes. Thus, the designer’s problem about this space became to be placed in the gap between familiarity and unfamiliarity.

A familiar cube but unfamiliarly large sized symbolic object is hanging on the central ceiling of Boite. The cube is twofold as if it would emphasize its existence. It also embraces a twinkling mobile in its center. The designer expressed its balance, texture and delicacy in person by using the planar figure of origami.

Getting off the subject, it is pleasant to meet a designer who does his or her best to create the space with dexterity and painstaking care. This designer also filled up the space with his own dexterity impressively at the previous project.

He also created heavy sense of existence of wall through the black gradation drawn with a large brush dipped in ink, and a swirling red-painted mural completed over several days, at Cafe Books Cooks introduced on this magazine in july 2010.

The designer explained that these handicrafts were ‘ emphasized in detail’ for design identity of a space on a small budget. In Boite, we can find out other details. The designer decorated a torso with patches to commemorate the client’s history in person and put it at the corridor in front of rest room. Shadow of delicate pattern thrown on the corridor is also a detail of white-painted pallet for export built by the designer’s dexterity. 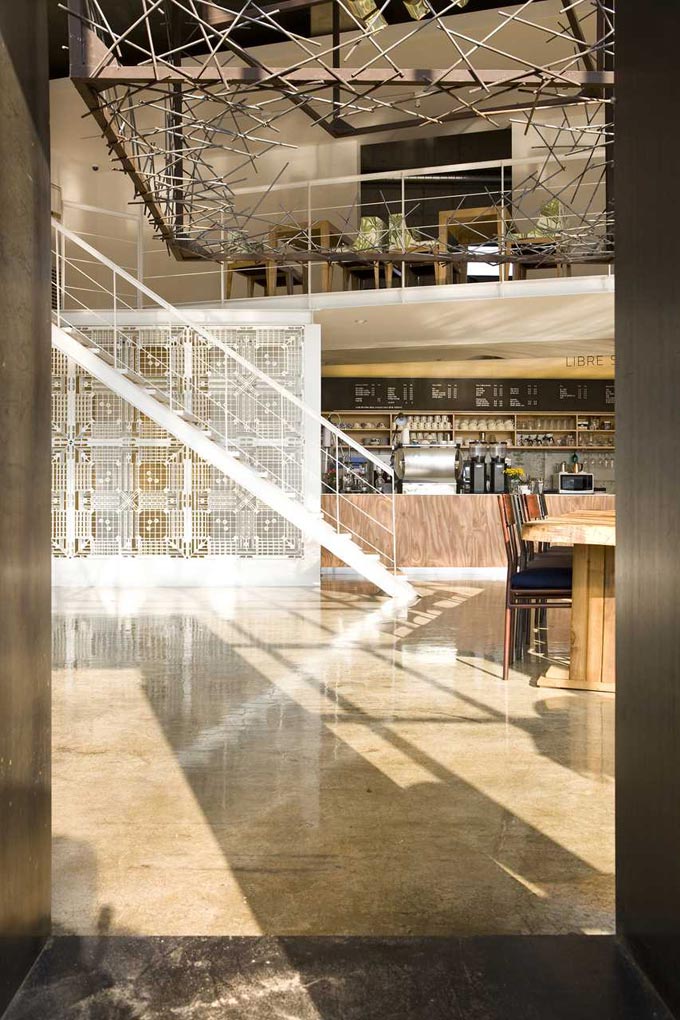 Boite is a multifunctional space planned for the diverse ceremonies such as small performance, exhibition, and party, based on selling food and beverage. The designer emptied the space as much as possible in order to change the space according to its various purposes whether it is rainy or sunny, day and night, whenever it is used. Just like the contrast of familiarity and unfamiliarity, rough architecture and clean interior space are also in exciting contrast with each other. The designer used only three boxes for the two-storied interior space. He explained it as followed. 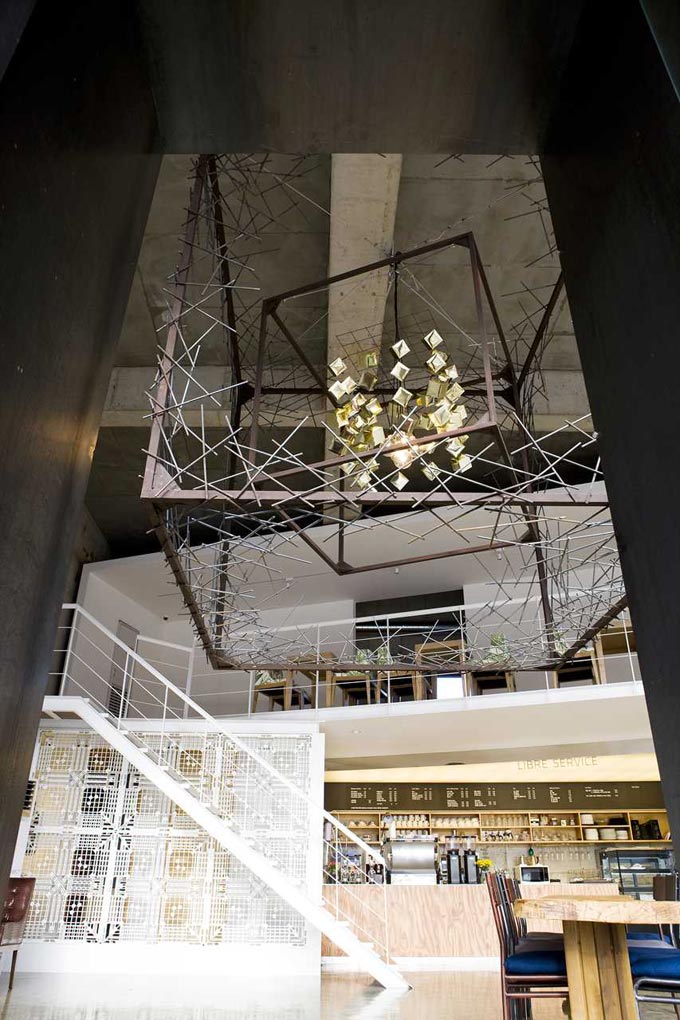 “I didn’t define the function and the character of the cubes different in their size, because they would change spontaneously in accordance with how and by whom they are used, and the tension and the need of this uncertainty is just the essential energy of this space.”

As might have been expected, Boite, the title of this space proposed by the designer, means a box, a pleasant space in French.

What design can — and can’t — do to thwart terrorism

Urban gardening: Are raised beds enough when lead is present?

A profile of the work and practice of Roger Diener

September 15, 2013
0
The cultural center of Viana do Castelo is a project inserted into the privileged space of marginal river mouth Lima, around an axis that is claimed as new cultural centrality of Minho.