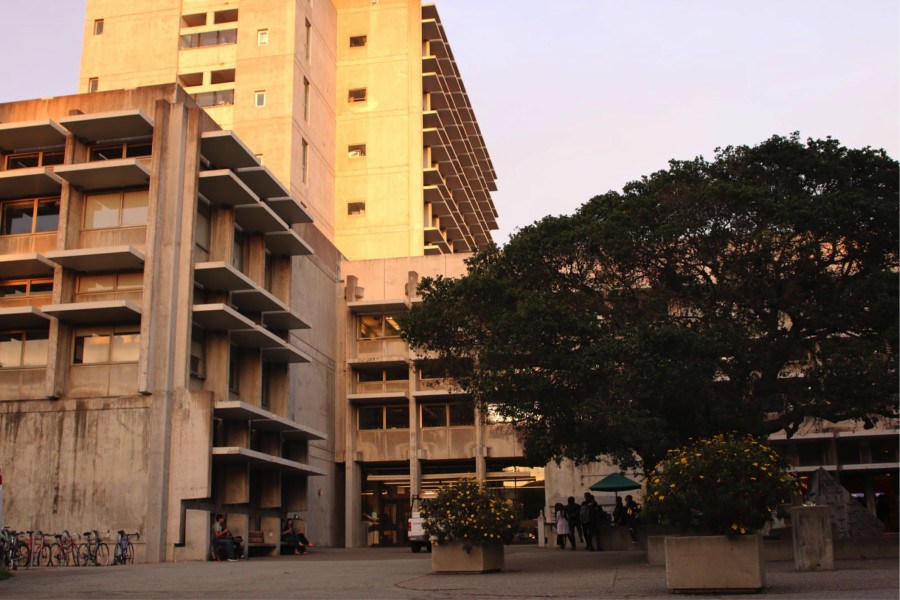 In light of the closure of the Berkeley Art Museum and Pacific Film Archive, or BAM/PFA, at its old location, I wondered about the fate of UC Berkeley’s other aesthetically displeasing structures on campus, such as Wurster or Evans halls. Most of these buildings are stylistically Brutalist — an architectural trend that was popularized in the 1950s and 1960s for its use of cheap concrete building materials. With their massively foreboding style, these buildings often conjure images of violence, force and stark utility. Some students claim Evans and Wurster Hall are the campus’s ugliest buildings.

“Evans is ugly, depressing,” said Rhea Misra, a sophomore majoring in molecular and cellular biology. “When I look at the view from Foothill, Evans is always blocking it. And it doesn’t even look nice! The buildings in that area are really nice except for Evans. I just don’t understand it.”

Brutalist architecture is the product of a handful of frustrated mid-20th century architects. Hoping to find relief from the constraints of post-modern industrial aesthetics, designers experimented with austere structures, although the resultant severe exteriors of these buildings can make them appear rather unimaginative and bland.

Raymond Lifchez teaches architecture and urban planning in the campus’s College of Environmental Design. He has studied the personal histories of each building to better understand the nuances of their complex and seemingly random structures. Lifchez considers the Brutalist architectural style a direct rebellion against the common style of functionalist architecture that was popular in the 1920s and 1930s.

“By the 1950s, people (became) concerned about buildings made of concrete and with concrete’s ability to do new things,” Lifchez said.

He said this aesthetic is best reflected on UC Berkeley’s campus in Wurster Hall. Completed in 1959, Wurster is reflective of the inflexible state and university power structures that students so vehemently rebelled against during the Free Speech Movement in 1964. Yet, as a result of its segmented interior and austere exterior, Wurster “still seems like it is under construction,” according to Saeed Nassef, a freshman engineering student. This unfinished look is ironic, given that it houses the architecture department. But there is a subtle beauty to Wurster that Lifchez attributes to the fact that it “looks like (the building) should be there.” ….

September 17, 2016
0
GXN and William McDonough + Partners have teamed to develop a master plan for the Agro Food Park (AFP) near Aarhus, Denmark