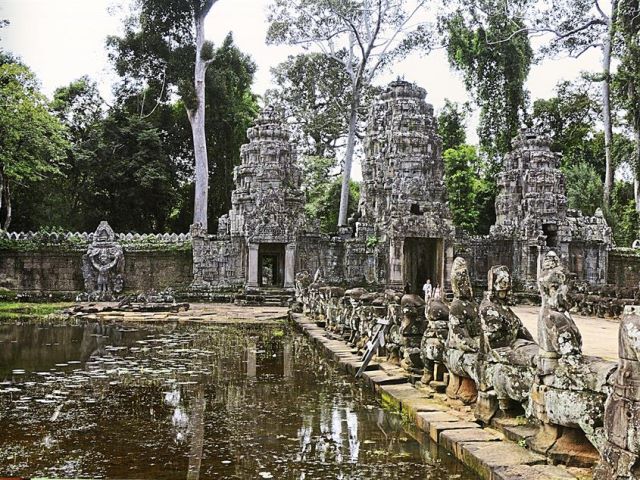 FORGET the hustle and bustle of the modern world and prepare to be transported into serenity by Vikram Lall’s Architecture Of The Buddhist World: The Golden Lands.

The first of six volumes on Buddhist architecture focuses on Buddhist temples and monuments in six South-East Asian countries – Cambodia, Indonesia, Laos, Myanmar, Thailand and Vietnam. When visiting Kuala Lumpur earlier this month to promote his book, Lall explains that he had excluded Malaysia simply because of the limited number of examples of such architecture here. In fact, Lall has excluded many other existing Buddhist monuments because the book is meant to serve as a synopsis rather than a exhaustive resource.

“In Pagan (in Myanmar, often spelled “Bagan”) itself, you have over 2,000 monuments in 100sqkm but I’ve only featured four of them. This selection has been done very carefully to create the narrative that I wanted,” explains Lall. […]

Mind-Bending Buildings That Were Never Meant to Be Built

December 7, 2014
0
When we talk about architecture, we’re usually talking about buildings that serve some practical purpose