Large budgets and enormous amounts of energy are spent on the upgrading of major Dutch railway stations in Amsterdam, The Hague, Utrecht and Rotterdam. The efforts at creating quality environments related to public transport should not be limited to the station building itself. By paying close attention to all public space surrounding the railway hubs, the promise of true Transport Oriented Development can be kept alive. Maxwan’s plans for Rotterdam Central District emphasize the quality of that public space. 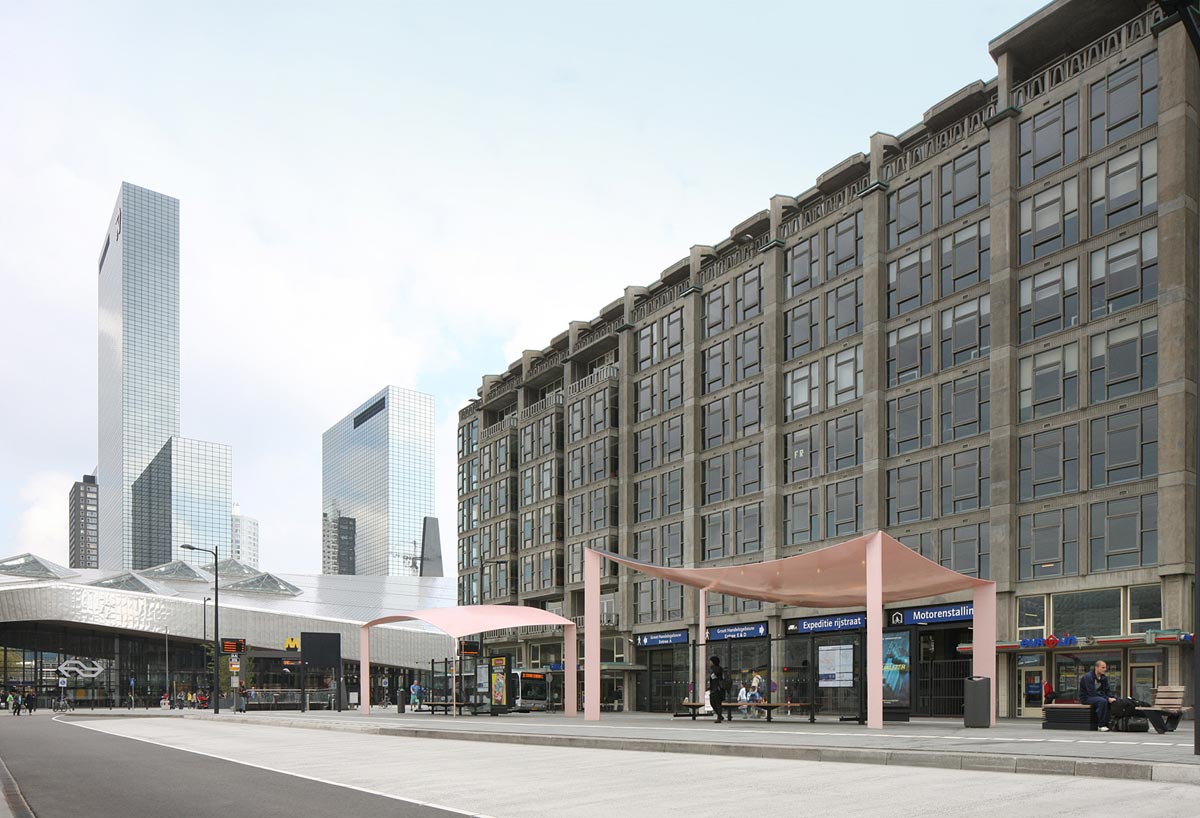 Next to the recently opened new train station (designed by team CS) a new bus station has taken shape. It was assumed that the budget for the station was too limited to consider anything but a standard solution for the bus shelters. Maxwan proposed to the client that even within a limited budget, signature canopies could be designed and constructed. 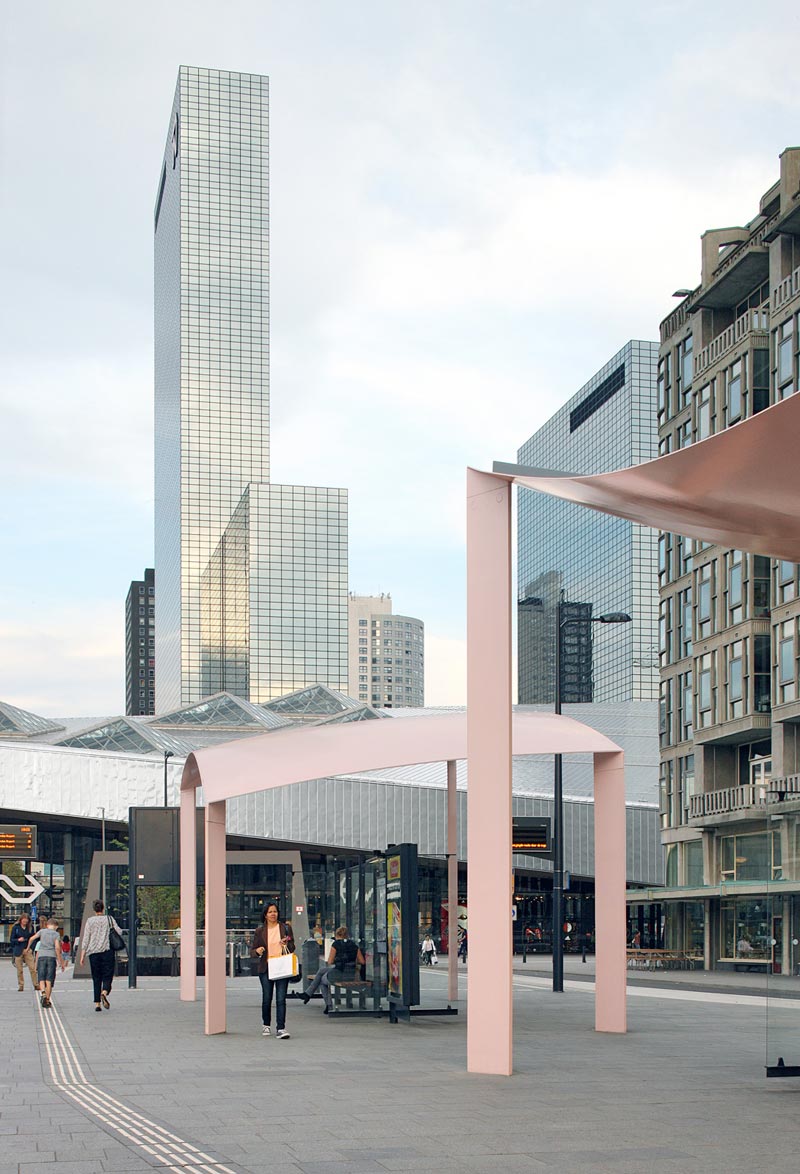 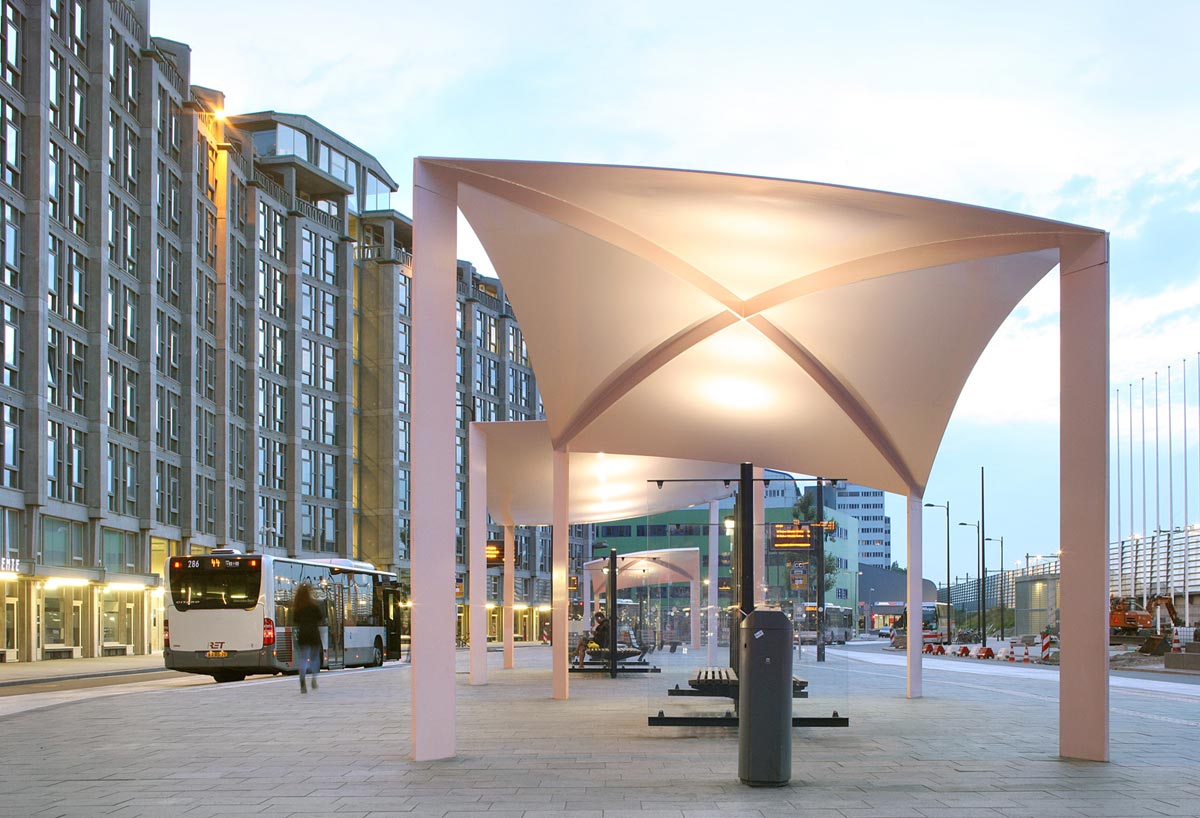 The result is a series of remarkable molten-table shaped structures, nicknamed pillow and hammock. Each table consists of a 5 x 10 meter razor-thin roof placed on flat steel columns. The tables, treated with a skin tone finish, are warped silk-gloss surfaces that conjure up images of suspended cloth and wind-blown sails, despite their weighing 5 tonnes each.