Cairo since 1900 | An Architectural Guide by Mohamed Elshahed

The city of a thousand minarets is also the city of eclectic modern constructions, turn-of-the-century revivalism and romanticism, concrete expressionism, and modernist design. Yet while much has been published on Cairo’s ancient, medieval, and early-modern architectural heritage, the city’s modern architecture has to date not received the attention it deserves. 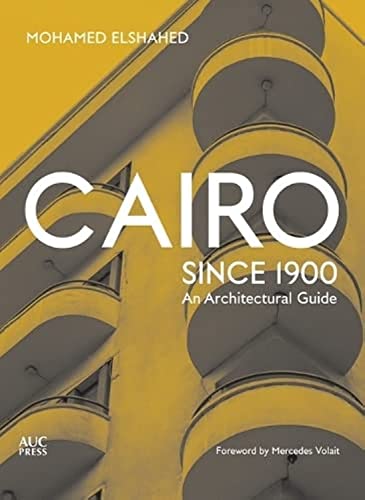 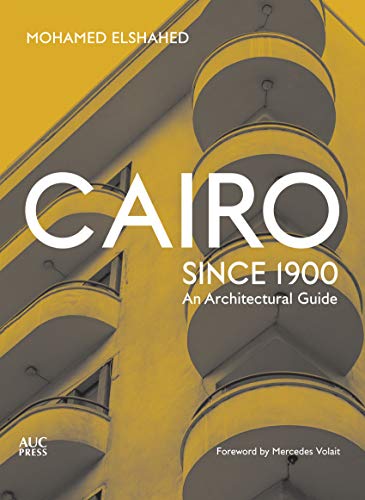 Cairo since 1900: An Architectural Guide is the first comprehensive architectural guide to the constructions that have shaped and continue to shape the Egyptian capital since the early twentieth century. From the sleek apartment tower for Inji Zada in Ghamra designed by Antoine Selim Nahas in 1937, to the city’s many examples of experimental church architecture, and visible landmarks such as the Mugamma and Arab League buildings, Cairo is home to a rich store of modernist building styles. Arranged by geographical area, the guide includes entries for more than 220 buildings and sites of note, each entry consisting of concise, explanatory text describing the building and its significance accompanied by photographs, drawings, and maps.

This pocket-sized volume is an ideal companion for the city’s visitors and residents as well as an invaluable resource for scholars and students of Cairo’s architecture and urban history.

Mohamed Elshahed is a researcher, curator, and specialist on architecture, design, and material culture in Egypt. He holds a PhD from New York University and an MA from MIT. He is the curator of the Modern Egypt Project at the British Museum and founder of Cairobserver.com.

Mercedes Volait is a research professor at the CNRS (Centre national de la recherche scientifique) in Paris and an associate researcher at the Victoria and Albert Museum, London. An architect and art historian by training, she specializes in the study of Orientalism in architecture, design, and antiquarianism in connection with Cairo in the nineteenth century. She is the author of several books on the art and architecture of Cairo.

Cairo since 1900: An Architectural Guide
Check Latest Price
Aline Chahine
Aline is an international licensed architect currently practicing in Canada, she is the reason you are reading this right now, Aline founded the platform back in 2008 shaping the very foundation of Architecture Lab, her exemplary content curation process that defines the online magazine today.