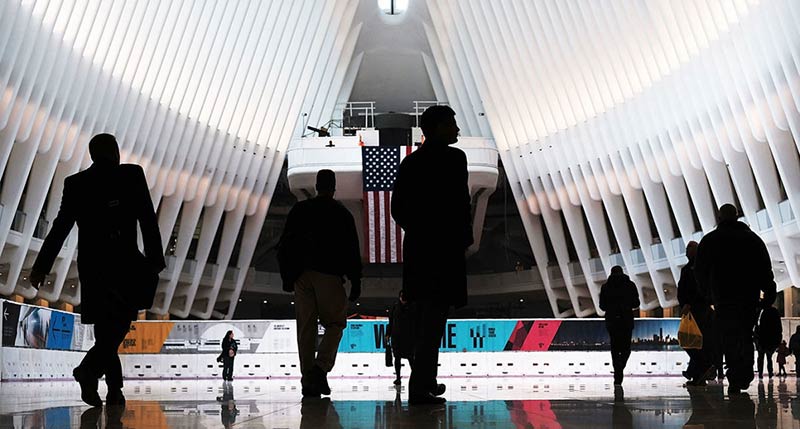 At this point, it’s nearly impossible to solicit an opinion about Santiago Calatrava’s recently opened World Trade Center PATH station without hearing about the building’s $4 billion price tag and how that money could be better spent elsewhere—namely on any one of a long list of transit projects throughout New York City. And, most critics will point out, the new transit hub is essentially a glorified shopping mall; when the concourse’s retail offerings open later this year, a nearly continuous wall of store facades will usher commuters from train platforms to the street. This critique—that the building cost too much and that public dollars have subsidized a private project—is fair. But it’s also worth qualifying.

In the end, the final bill for Calatrava’s station, originally budgeted for $2 billion, will come to almost $4 billion. To get a proper handle on that number, compare it with the annual operating budget for various city agencies—for example, Housing and Preservation ($718.4 million), FDNY ($1.8 billion), Homeless Services ($1.1 billion), landmarks commission ($4.8 million). Relative to the PATH budget, all of these figures are shocking, but the most viscerally upsetting comparison, of course, is to HPD, the city’s housing department, which will receive barely one fifth of the amount spent on the hub. That a single building—luxury retail for commuters, no less—warrants so much funding feels wrong, given the near-existential affordable housing crisis facing the city. The lopsidedness of these priorities, and their aptness as a metaphor for the city at this moment, is clearly not lost on most New Yorkers.

In the heady post-911 days, the consensus critical reaction was very different, however. At the time, Governor Pataki called Calatrava’s proposal a “masterpiece,” while New York Times critic Michael Kimmelman wrote that the building was a “major cultural contribution to our city.” Anthony Coscia, the chairman of the Port Authority described the architect’s vision as “a work of unsurpassed beauty.” Compare that with their surrogates of today: while the mayor and governor have generally refrained from commenting on the hub, outgoing PA executive director Patrick Foye called the building a “symbol of excess” and Kimmelman now describes it as the epitome of “political, architectural irresponsibility.” […]

In Bushwick, Oda New York gives us “City Within The City”

June 29, 2016
0
The project, which will infuse its namesake neighborhood with 1,000,000 square feet of apartment units, 20% of which will be affordable, is significant