Home DIY Projects & Ideas Can You Use Motor Oil In A Weed Eater? | Things You...

Most manufacturers suggest against using regular motor oil for 2-cycle and 4-cycle weed eaters. This is because this oil is not formulated for the engine of a weed eater and can damage it permanently.

Both a 2-cycle and a 4-cycle weed eater require the same type of fuel.

This fuel is generally a mixture of gasoline and air, and these components should be present in the right ratio. Unfortunately, many people tend to be confused when it comes to replacing the fuel in such machines.

That’s why we’ve shared this guide here, answering some of the questions on the topic to help you out. So, let’s get started!

The Right Fuel To Use In Your Weed Eater 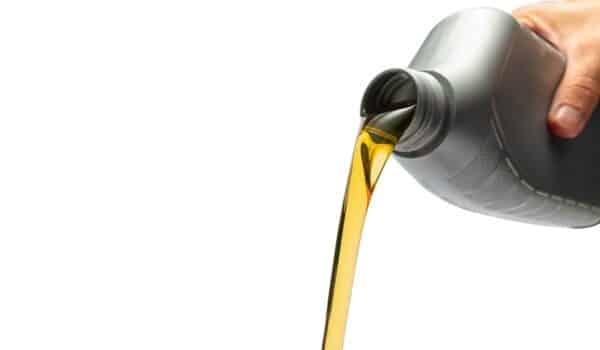 Knowing which fuel to use is an important part of understanding how to use a weed eater.

Weed eaters or string trimmers require a fuel and oil mixture, with the fuel containing unleaded gasoline having a minimum octane rating of 89. Also, it should have a maximum ethanol content of 10% while having ISO-L-EGD and JASO M345 FD certifications. Besides that, most manufacturers recommend avoiding E85 fuel or diesel.

For air-cooled engines, you should use premium 2-cycle motor oil from brands like Poulan Pro, Poulan, Paramount, and Weed Eater. Avoid using regular motor oil or even boat engine oil, as these can damage the engine of your weed eater.

The gasoline and oil mix should also be present in a 40:1 ratio, which can be obtained by blending 3.2 oz of engine oil with a gallon of gas. Over time, the oil and gas will separate from each other.

Four-cycle string trimmers generally have a separate fill port for gasoline, and a separate oil fill hole for engine oil since these should never be mixed together. Similarly, a 2-cycle oil should not be used in a 4-cycle trimmer.

If the wrong kind of oil or an inadequate quantity of oil is used, it may not be able to lubricate the trimmer engine properly. This can lead to friction between the engine parts, causing them to overheat, preventing the trimmer from starting, and even damaging the engine.

Apart from that, the engine oil viscosity can affect the performance of the machine. The viscosity should be such that it matches the hot or cold ambient temperatures when the string trimmer needs to be used.

Mixing And Adding The Oil

In the case of a 2-cycle engine, the oil needs to be added to the fuel in the tank of the weed trimmer. The oil provides lubrication to the moving parts of the engine to function properly and reduce friction, and that is why the proper ratio is important. In its absence, the engine can seize up and stop working.

While the most commonly used ratio is 40:1, other ratios that can be used are 32:1 or 50:1, depending on the trimmer. The ideal ratio is generally mentioned on the fuel cap of the trimmer and in the operator’s manual.

For mixing the oil and gasoline, it is best to use a marked can and avoid mixing directly in the tank of the trimmer. You can use either a 3.2-ounce or an 8-ounce bottle to mix one or 2.5 gallons of gasoline, respectively. Also, before refueling the trimmer, shake the can well to ensure that the components blend properly.

After removing the cap from a gas, add unleaded gasoline with a minimum octane rating of 89 and a maximum of 10% ethanol content. Once the two-cycle oil has been added to the fuel, replace the cap and shake the can to mix it properly before pouring it into the tank.

Using premixed fuel is a popular option for two-cycle trimmers that can help improve engine life and prevent various fuel problems. Brands often manufacture their own premixed fuels, which do not contain any ethanol and can be poured directly into the fuel tank of the trimmer. This can be stored more easily and is thus a much more convenient option.

Fuel that is stored for a long time can become sticky and can clog up the fuel system of a trimmer. That is why the fuel tank of the trimmer should always be emptied completely if it has to be put in storage for a long time. Also, before storing it, turn the trimmer on and let it run to get rid of any fuel remaining in the tank.

Signs Indicating A Problem With The Fuel

Certain signs can indicate if an incorrect fuel mixture is used or if the fuel has been blended improperly. Generally, in such cases, you may notice smoke or excessive heat from the machine, and it should be turned off immediately to prevent engine damage. Such problems can also occur when using a fuel that is over 90 days old.

The problem can be resolved by draining the old fuel from the trimmer tank and replacing it with properly blended, fresh fuel. 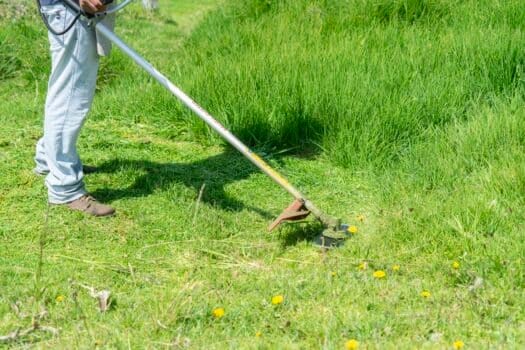 It should now be obvious that there is a slight difference between a 2-cycle and 4-cycle weed eater. This difference is not just limited to how they operate but also regarding the fuel that has to be used. Both have different engines requiring different fuel types, and it is important to know which one to use for your trimmer.

Generally, such information is easily available on the website of the manufacturer as well as in the user manual of the machine. And in the case of further doubts, it is always better to contact the manufacturer and prevent any hassle later on.

With that said, it is time to conclude this guide. Until next time!

Does Grass Seed Expire? All You Need to Know

January 21, 2021 0
If you’ve got a lawn, you might notice from time to time that the grass has grown patchy. This calls for an immediate change. More...