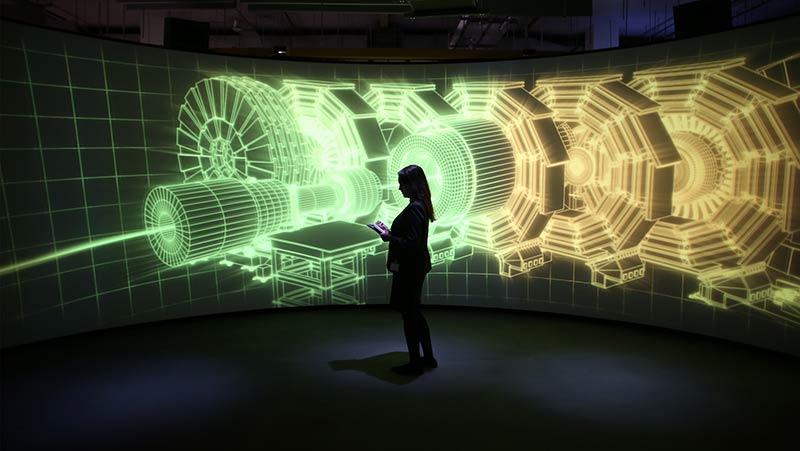 What do art and high-energy physics have in common? Quite a bit, if you think about it: Space, time, and the structure of the visible and invisible world, for starters. That’s why CERN has spent the past four years inviting artists into its headquarters, and why, for the first time, it’s now inviting an architect to stay.

Back in 2011, CERN set up a program called Collide@CERN that allowed artists to apply for a residency at its Swiss headquarters. “We believe that particle physics and the arts are inextricably linked: both are ways to explore our existence – what it is to be human and our place in the universe,” explained the program’s director, Ariane Koek, at the time. “The two fields are natural creative partners for innovation in the 21st century.”

The program’s first participant was the artist Julius von Bismarck, who CERN paired with the theoretical physicist James Wells—who studies everything from dark matter to the notion of extra dimensions. Together, the pair made some incredible installation art—and carried out projects that even involved other CERN scientists, including, in CERN’s words, “locking 30 physicists underground and asking them what they saw in the dark.” ….

We can build homes to survive bushfires, so why don’t we?

January 14, 2015
0
There is a growing public perception that building to the Australian Standard for construction in a bushfire-prone area – is unaffordable