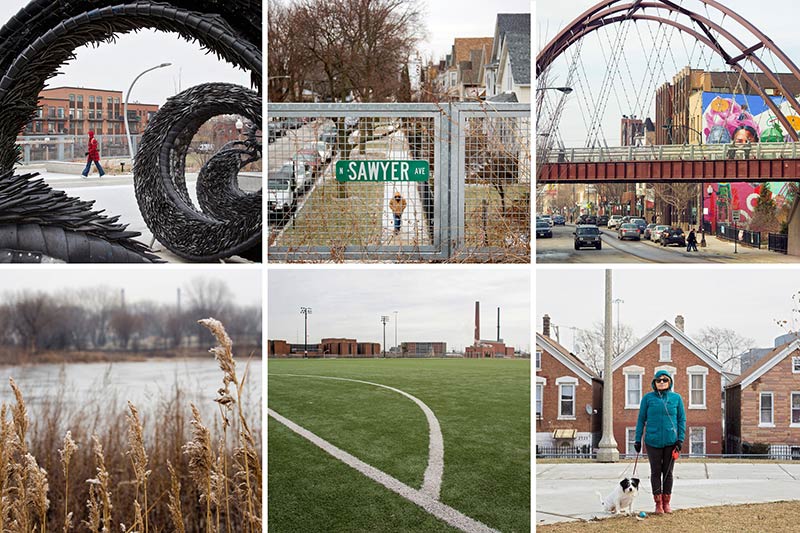 Despite the bitter wind, Kim Wasserman showed me around La Villita Park. Occupying 21 acres in the middle of this city’s largest Mexican-American neighborhood, called Little Village, the park used to be a brownfield and illegal dump. Back then, the site leached toxins into hundreds of nearby basements. Sickened residents protested for years. The federal cleanup, finally completed in 2012, became the largest urban Superfund project in America.

Ms. Wasserman, executive director of the Little Village Environmental Justice Organization, then helped lobby the city for the park.

She pointed out where residents got the playground, ball fields, skate park and community gardens they wanted. The $19 million park now hosts city-sponsored sports programs and free concerts. During warm months, Ms. Wasserman said, formerly incarcerated young residents from Little Village help keep an eye on La Villita, discouraging gangs from moving in. “The community feels ownership of the place,” she said.

One result in this city known for its murder rate: next to no violent crime in the park, according to Ms. Wasserman.

Chicago is at the forefront of a growing, big-city trend. It has been undertaking a major parks and open space program, upgrading neighborhood playgrounds and recreation centers, scooping up acres of disused land for new green areas and repurposing large swaths of formerly industrial waterfront. Aided by a longstanding tax that goes directly to parks, these efforts to improve public space, begun under the city’s former mayor, Richard M. Daley, have gathered steam since Rahm Emanuel took office in 2011.

They have met with some of the usual resistance from state authorities reluctant to finance city improvements and from some aldermen who want money now allocated for parks, trees and after-school programs redirected toward violence-prevention. The mayor has testily noted that after-school programs and parks, like La Villita, provide exactly the sort of safe spaces for young people that help reduce crime. […]

Sanctuary: an installation of Aquatic Architecture

The Dream Life of Driverless Cars

November 12, 2015
0
One of the most significant uses of 3-D scanning in the years to come will not be by humans at all but by autonomous vehicles