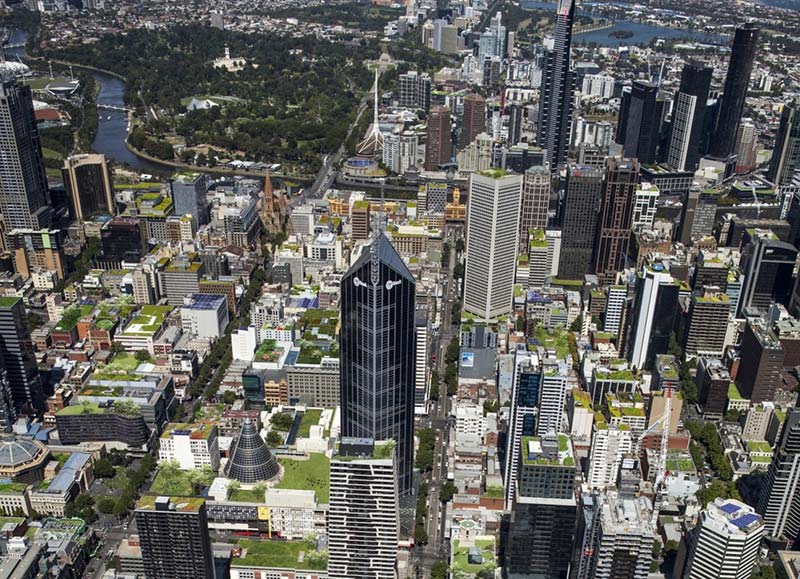 The City of Melbourne has created a map of rooftops across the municipality in an effort to uncover under-utilized spaces that could be used for energy production or vegetation.

The Rooftop Project has identified 880 hectares of space, equivalent to five times the size of Melbourne’s largest park, with the potential to house solar panels, green roofs or cool roofs that reduce the amount of heat transferred to buildings below.

“Most of these rooftops are used only to store heating and cooling equipment,” said Lord Mayor Robert Doyle. “We could set them up to generate clean energy, increase property values and cool temperatures within the city.”

The council hopes the mapping would encourage residents and business owners to consider their roof spaces as productive resources that could help the environment.

However, the project has been met with scepticism by some.

Local business owner and sustainable designer Joost Bakker, of Greenhouse, Silo and Brothl fame, is highly critical of the initiative. “The City of Melbourne spends a lot of time discussing, doing reports, setting up teams to talk about green roofs and talking to the media about how they support this stuff, but there’s very little concrete action,” Bakker told ArchitectureAU.

In 2013, Bakker’s own rooftop farm project was rejected by the council because it was “2.4 metres over the 30 metre height limit,” he said. Bakker had secured $5.5 million of investment and a 20-year lease but says he was forced to spend the next 12 months visiting over 30 properties with little help from the council, despite in-principal support for his project. […]

December 4, 2015
0
Elsie Owusu claims racist and sexist discrimination runs through architecture ‘like a stick of rock’ after missing out on vice-president post