NürnbergMesse is one of the world’s largest exhibition companies with a portfolio of over 120 national and international exhibitions and congresses that include 30,000 exhibitors and 1.4 million visitors who attend in their own, partner and guest events of the NürnbergMesse Group.

Hall 3A by Zaha Hadid Architects at NürnbergMesse was completed in 2014. Its design connects the different grids of existing buildings at NürnbergMesse: the hexagonal grid of the original halls dating from the 1970s and the rectangular halls at Grosse Strasse. This connectivity is expressed in Hall 3A’s design and roof structure which spans 75 metres from the four storey service block at its northern end to its transparent south façade. Facilities such as the cafeteria, conference spaces and offices, as well as mechanical rooms and loading docks, are housed in this northern service block.

Derived from the various grids of its adjacent buildings, Hall 3A’s roof structure is comprised of linear triangular trusses. Halfway along each triangular truss, its lower supports divide and connect diagonally to the lower supports of the neighboring trusses. Louvers within each truss continue the dynamic geometries of this division. On the south façade, this composition of the roof structure is turned vertically to create a colonnade of tree-shaped columns which support the canopy.

With record growth in exhibitor and visitor numbers since 2014, NürnbergMesse has now begun construction of Hall 3C by Zaha Hadid Architects.

Continuing the successful principles developed by Zaha Hadid Architects for the existing Hall 3A, the trapezoid-shaped, 10,000 square metre floor plan of the new Hall 3C varies in length from 95 to 145 metres and is 85 metres in width. Its inclined roof drops from 20 to 13 metres in height to give acoustic benefits as well as reductions in energy consumption and emissions, while 3,000 square metres of glazed facades enable natural light to penetrate deep into the hall.

Pictures painted by students from local elementary schools on the theme of “Nuremberg – my city” are being displayed along the 300 metre fence which surrounds Hall 3C’s construction site. Dr Ulrich Maly, Chairman of NürnbergMesse and Nuremberg’s Lord Mayor, said the paintings demonstrate to NürnbergMesse’s 1.4 million annual visitors the wonderful creativity of the city and the strong social and economic links it has with its exhibition and congress venue. 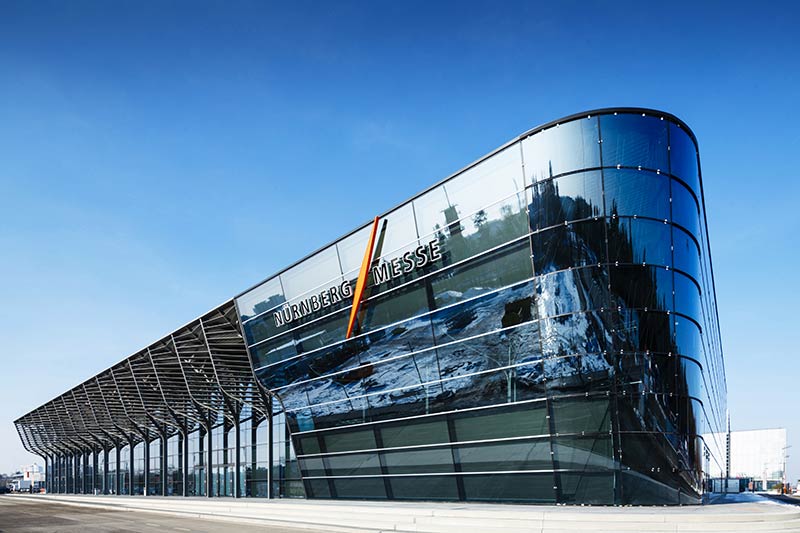 Deputy Chairman of NürnbergMesse, Dr Markus Söder, Bavaria’s State Minister of Finance, Land Development & Home, put the growth of NürnbergMesse with the construction of the new Hall 3C in an economic context: “Every year, around 15,000 full-time jobs are supported by events and investments in the exhibition centre Nuremberg.” NürnbergMesse tax revenues and purchasing power amount to over 300 million Euros and 1.65 billion Euros a year respectively. “This new Hall 3C is an expression of the economic capacity of the exhibition and congress venues in Nuremberg,” explained Dr Söder.

An investment of 70 million Euros, NürnbergMesse Hall 3C is located in southwest of the exhibition centre grounds and scheduled to complete at the end of 2022.

March 2, 2015
0
The urban growth patterns of the Cairo metropolitan area reveal a fragmented city of heterogeneous parts. As an urbanist and Cairo native I tend...