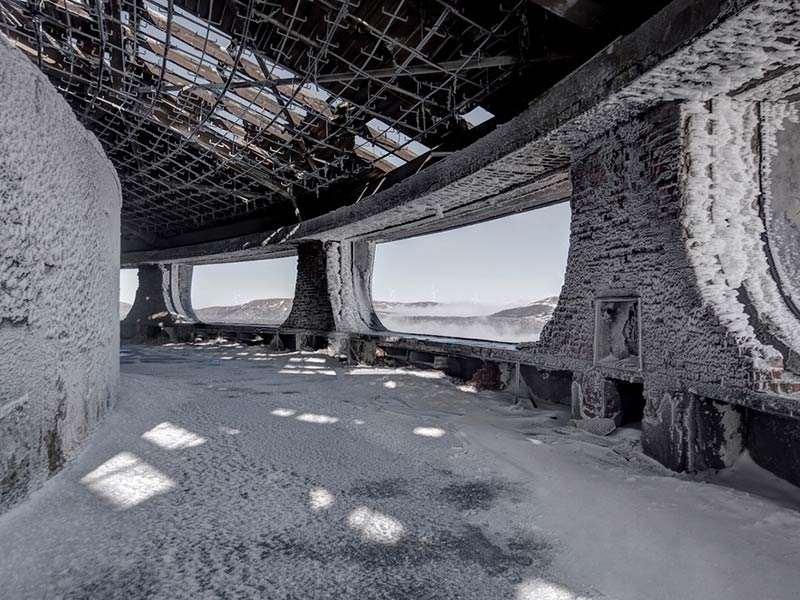 The Soviet system failed in practice, and now 23 years after its collapse the physical remains of Communism are crumbling as well. In a series of 10 trips through Russia, Ukraine, Eastern Europe, and the Baltics, including a tour of Chernobyl and a climb atop a frigid Bulgarian mountain, English photographer Rebecca Litchfield braved radiation and KGB-style interrogation techniques to capture the beauty of this bygone era in a series called Soviet Ghosts.

Her work took her to schools, hospitals, factories, and accidentally, a top secret radar installation. “Many of the abandoned buildings are pretty unknown to the public, they are hidden behind tall fences and gates, I think it is easy to just pass without knowing what is inside,” says Litchfield. “A lot of people may imagine the abandoned buildings are depressing, but by showing these photos which are so full of historical objects, I think people will feel some of the amazement I experience from seeing them in person.”

May 12, 2015
1
Philadelphia is one Knight community that could benefit from the work of the newly launched Gehl Institute