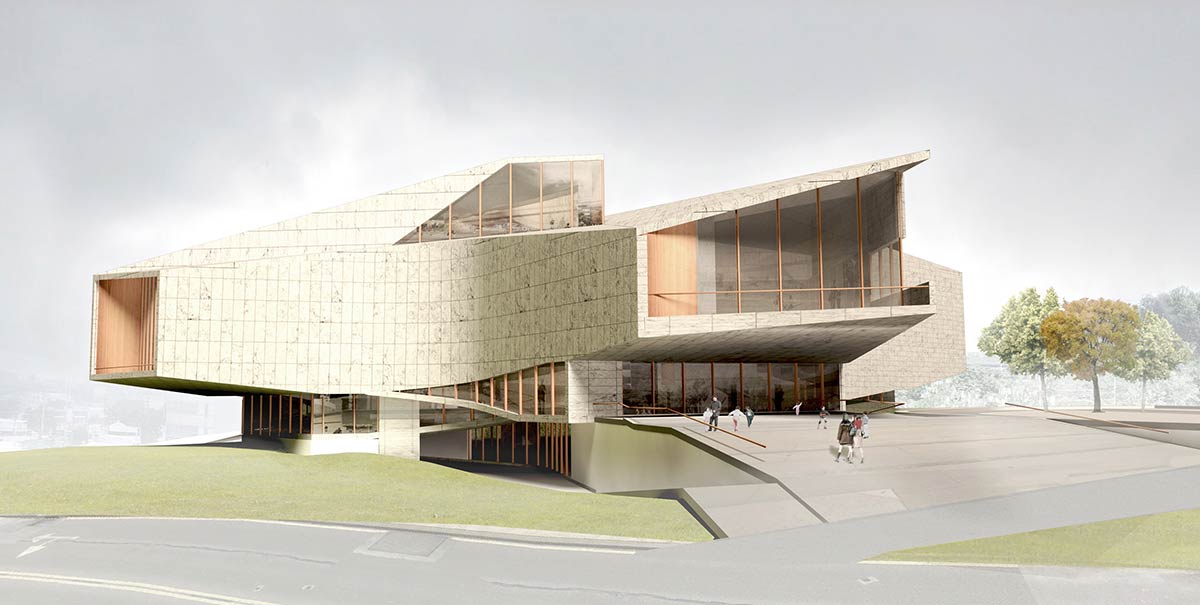 JDAP has designed a new gymnasium in Korea as part of the Dalseong Citizen’s Gymnasium International Competition. The proposal sees this important public building in a beautiful terrain re-establish the primacy of public architecture within the city and attempts to forge a new relationship with its environment and its people. 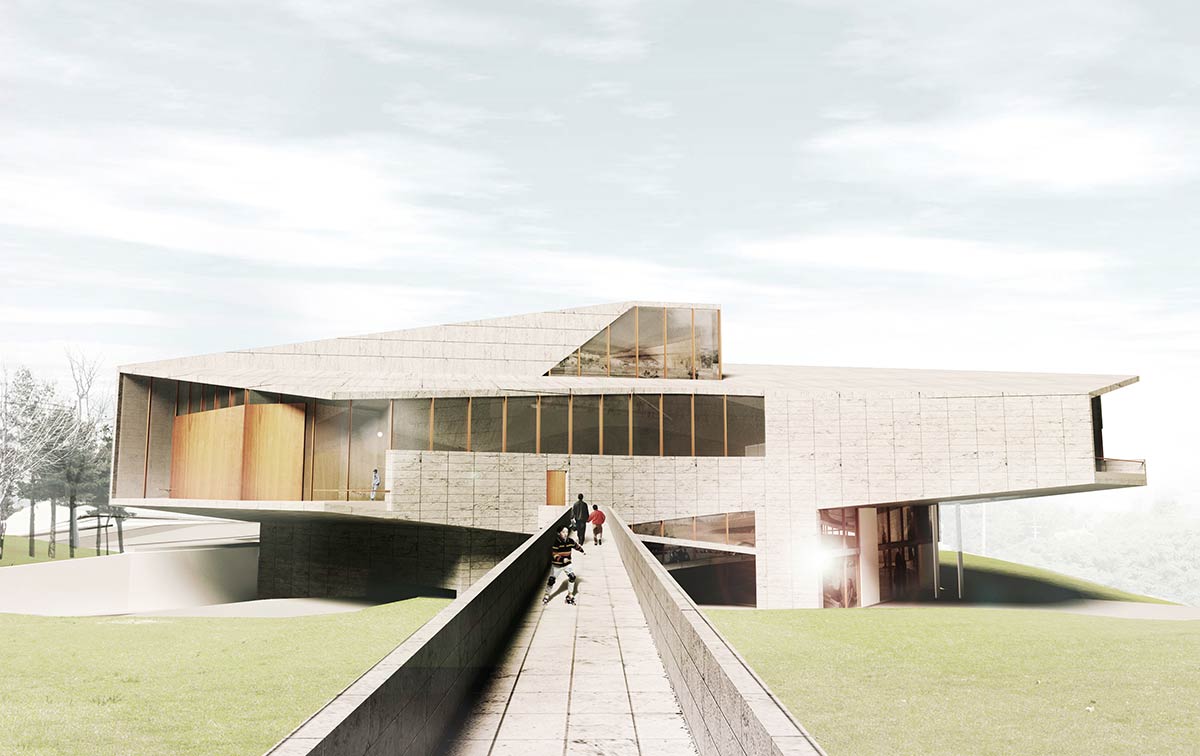 The new gymnasium at Daelseung-gun must embody a NEW SET OF RELATIONSHIPS with its context to become a public building that is truly cherished by the people it is meant to serve. Korea has a tradition of public building complexes that meld landscape and builtform to create memorable environments and experiences for its people, [significant among which is the Do-dong Confucian Academy complex a few kilometres from the gymnasium site]. The gymnasium continues with this tradition, in first RESTORING THE HILL upon which the building must stand. 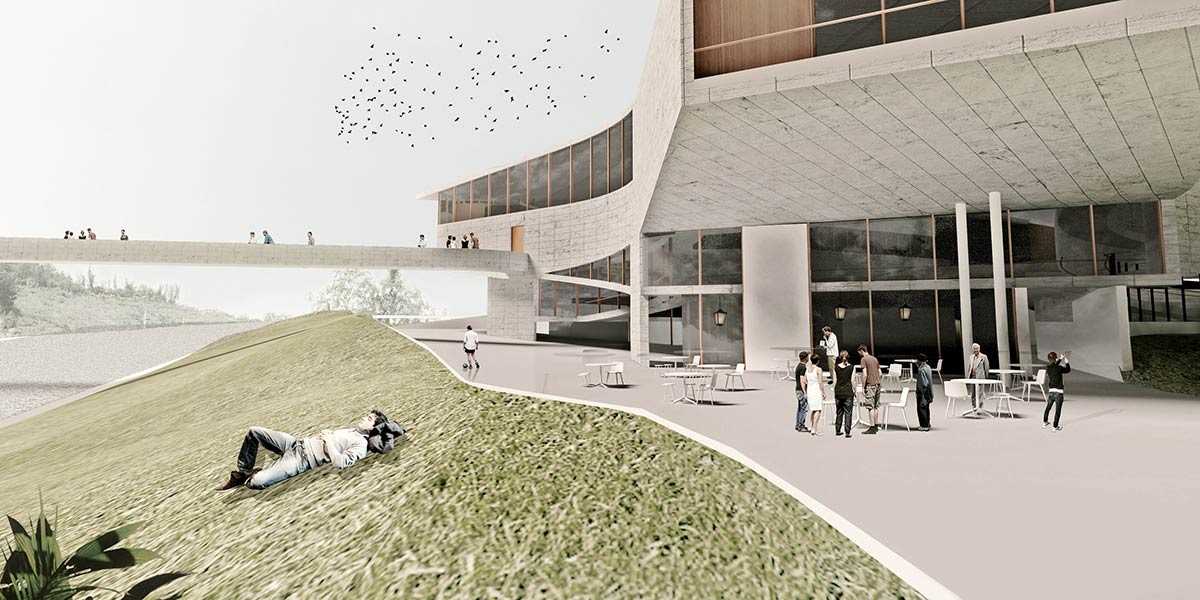 In a hilly landscape where the backdrop of the hills and the presence of the Nakdong river form a constant reminder of the natural environment within which the city has grown, MINIMISING OF BUILDING FOOTPRINT forms a crucial starting step. The form of the building derives from a non-convex, open plan-form that optimises the distance between spectators and the play area and between spectators themselves, forming a MORE INITMATE RELATION BETWEEN THE PLAYERS AND THE SPECTATORS. This form also allows open space to infitrate the gymnasium as compared to a closed, convex plan-form and in doing so, the building REACHES OUT TO VISTAS OVER THE CITY AND THE LANDSCAPE in an open outstretched gesture. Climate plays an important role in the design of the gymnasium as well.

The sloping planes of the roof split to form a large central skylight to bring NATURAL LIGHT DEEP INTO THE HEART OF THE PLAYING SPACE. The skylight alongwith the raised building together serve to create a stack effect that exhausts hot air from the building in summer. In winter, the earth sheltered lower storeys use the principle of traditional Korean heating -the ONDOL FLOOR to transfer heat to the large thermal mass concrete floor slab. The form of the building also echoes the DOMINANT ROOFSCAPES of traditional Korean and Far-Eastern traditional architecture.

Successful public buildings must engage with the various facets of their context. The new gymnasium at Daleseung-gun does so in an EMPHATIC CITY EMBRACE !

June 1, 2015
0
A recycled timber house on Langkawi Island. The clients, a retired British couple, are very fond on the Malay houses ...