A powerful laptop is essential for architecture students and professionals alike. While scouring the interwebs for the better pick between Mac and PC, you’ll inevitably find yourself in a pickle. You are bound to find a higher number of apps for PCs to work with. Are they the best laptops for architects? Where is a Mac better than a PC?

There are several key differences between the two laptop archetypes that tip the scale in their favor. Here is an outline of the gap between them to help you find the device for your needs.

1. Windows Vs Mac: Which Is The Best Laptop For Architecture Students 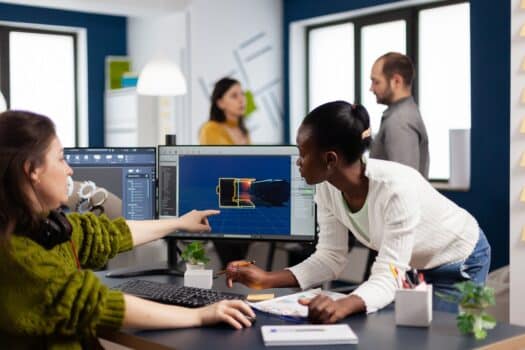 As far as picking a laptop for architectural software goes, the criteria of comparison shift slightly. Preferences for a particular operating system will change with its purpose. For architects, the most prominent feature to watch for is software compatibility. That fancy, expensive gear will be meaningless if the software you’re using cannot run on your laptop.

We have to keep in mind that the required laptop specifications for architecture are also important when comparing software compatibility. Here is a comparison between Windows and Apple’s Mac laptops when purchasing a laptop.

A vast majority of 3D software is designed with Windows in mind. As time moves forward, the farther Windows spreads. Any software on the internet that can be run on a Mac, chances are you’ll be able to run it on your Windows PC as well. The likelihood of Mac taking precedence over Windows is pretty slim, but we’ll get into that a little later.

Some of the most common architecture software can’t be run on a Mac. 3D modeling software like Autodesk’s 3DS Max is not available on the Apple operating system.

Being an Apple product, there are fewer instances where a mac user has to worry about a laptop’s make. The build quality is even across the board and is excellent. This does not come without a notable caveat, however: MacBook cannot be modified at all. They cannot be upgraded or repaired without sending them to an Apple workshop. That is just the price of admission for MacBook.

A rendering software will demand higher power output to render 3D models properly. This is an essential part to consider when looking for the best laptop for architecture.

Mac OS comes optimized to suit the laptop’s hardware. There will be fewer instances of it slowing down and causing issues compared to Windows. software designed specifically for these often works the best on Mac.

In a similar price range, you may be able to find Windows laptops that outstrip Mac entirely in terms of specifications. The options are more varied, and you’ll get a bigger bang for your buck.

Again, it comes down to the make of your PC laptop and your priorities. Windows PCs make for the best laptops for game designers because of the power they provide for a relatively lower cost. MacBook are better suited if you value longevity and less varied performance across the board.

A Mac will almost always cost significantly more than a PC. As mentioned earlier, in the same price brackets, Windows PC laptops will be higher than any Apply product when it comes to specifications. While a MacBook Pro will be optimized to work the best at all times, a PC will have higher highs and lower lows in comparison.

There are many, many players in the PC’s playing field, which is why a striking performance disparity exists amongst them.

A MacBook Pro or a MacBook Air will last for a very long time. The robust build quality of Apple products leans into this, making them the go-to laptops for the long haul.

For PCs, longevity is a toss-up. It can last you a good while, or it may give in relatively quickly. It’s essential to check what the general reception is for any given PC laptop, more so than a MacBook.

Upgrade a PC to your heart’s content. Add or replace RAM or storage, and change the graphics card if you so wish. You can mix and match various components to get the performance you need from it. While this is also a property that varies from manufacturer to manufacturer, the window for customization is always open with most PCs.

Contrast with a MacBook Pro, which cannot be upgraded at all. Apple laptops cannot be modified without having to send them to a workshop. The possibility of DIY-ing a MacBook was eliminated in 2016.

The widespread reach of Windows hurts it since most viruses are designed to target them specifically. Apple’s hands-on approach to hardware and software security makes it the safer option on the whole. The chances of your MacBook being hacked are low, and you can download anti virus software to make the experience even safer.

Mac is the clear winner in this criterion.

2. Where The PC Laptop Wins Out Completely

On average, PC users will be changing their devices more often than Mac users. This is not a knock on them, however. You can find a windows laptop in nearly every household, and for a good reason too. While the build quality is a toss-up and the security worse than the Mac version, PCs have a definitive leg up in fields like price, specifications, compatibility, and customization.

Here’s why you’ll want to get yourself a PC as an architecture major.

You can troubleshoot most Windows PCs on your own before having to send them to a repair shop. You don’t necessarily have to send it to the manufacturer’s repair store either. While it is generally advised to have the makers mend your device, you can have 3rd party professionals fix it.

If you’re in architecture school, you’ll grow to appreciate the option to DIY the repairs. If the issues are minor and you are able to fix them, it will save you a significant amount of money.

Going hand-in-hand with software compatibility, you’ll be able to try out different architectural software and learn more about architecture as a result. In the long run, you will benefit immensely from the experience.

If you’re in architecture school, saving up every penny becomes important. For a significantly smaller hit to your wallet, you’ll get a PC laptop comparable to a Macbook Pro. The device will serve you well for a good while with the option of upgrades in the future.

3. Where Mac Laptops Have The Advantage

As far as longevity and stability are concerned, your user experience with Mac devices will generally be smoother. The market share of Apple products is gradually increasing and soon, we may see it spread farther and wider than ever before. These are the best laptops for web designers and developers as well.

Following are the reasons why you should get a mac.

Apple handles everything in the MacBook’s manufacturing process. This hands-on approach results in hardware that is less likely to cause trouble as your laptop grows older. This means that you may not need repairs as often.

The hardware leans into its longevity, as higher build quality results in a long-lasting product.

Apple’s in-house security system offers excellent protection against foreign firmware. It shares fewer user data with a limited number of third parties, and the browser used in MacBook is safer than its Windows counterpart.

There’s also the matter of Windows PCs being more abundant than Macs, making them a prime target for hackers. The scarcity makes Mac laptops safer, in this case.

When it comes to mac laptops, your user experience will be smooth across the board. The operating system is optimized to work well with the hardware and as a result, you will encounter fewer hiccups with Macs.

4. What You Should Be Wary Of As A PC User

PCs have the highest disparity when it comes to user experience. Two laptops of the same specification may perform differently. Everything depends on the make and optimization of the hardware.

If the harmony between hardware and software is maintained, you’ll have a fantastic time with it. If not, you may have to troubleshoot your PC regularly.

The other thing to take note of is the frequency of security attacks. Being the most prominent operating system on the market, hackers have found several ways to target Windows PCs. There are steps you can take to secure your data. Remaining vigilant is vital, and doing so will pay massive dividends.

5. What You Should Watch Out For As A Mac User 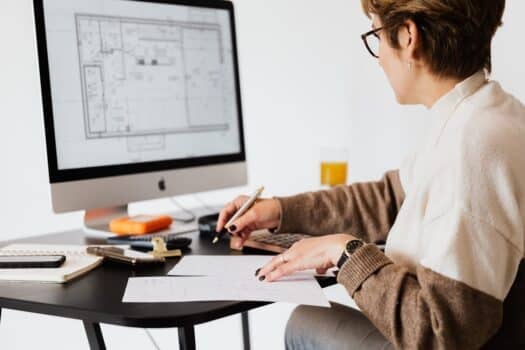 MacBook are not future-proof. Technology moves forward at a frightening pace, and your hardware can become outdated in a matter of months. The lack of a way to upgrade Mac laptops is a glaring flaw that cannot be brushed away.

The other flaw to be wary of is that Apple does not support devices forever. You may experience slowdowns as the laptop ages and the software outpaces its hardware. It will require you to replace your old MacBook with a new one.

As mentioned earlier, a vast majority of apps are designed for PC. Some of the most widely used architectural software are incompatible with Macs. These include:

6. How Partitioning Became A Thing Of The Past

With the introduction of Apple’s Silicon laptop series, the option of using Mac and Windows on the same device has become a thing of the past.

In the past, if you had your heart set on a Mac, you had the option of partitioning your drive off into two parts. A software known as ‘Bootcamp’ enables your device to run Windows and Mac on the same laptop. This gave the laptop access to some of the more common architectural apps without having to compromise the Mac experience.

Dual Booting is no longer an option, and with it gone are the days when one could have the best of both worlds. Though there are alternatives to Bootcamp, none of them are reliable enough to partition your drive. 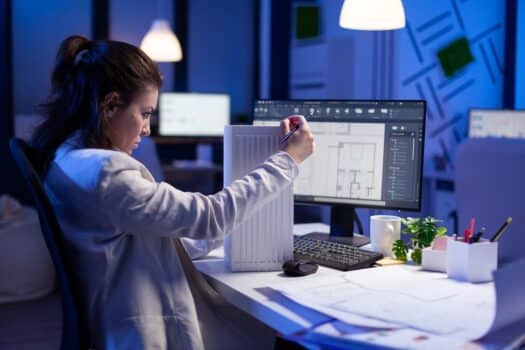 Architects Use Mac Or PC Conclusion

Since applications like Revit and MicroStation are not compatible with Macs, it would be better to pick a PC instead. If you already have a Mac, you can create a drive partition to install Windows and run the software mentioned earlier there.

Your PC will provide you with a greater degree of freedom and better performance. The compatibility issues are non-existent, the processing power is generally better, and they cost less. With a Mac, you’ll have a well-designed laptop that will last a long time.

For PC, architecture students going for i5 or Ryzen 5 is not the best choice, but lower than this will not at all be a good start. And, for Mac, the current gen M1 chip is just powerful enough to handle the entry-level software. Your preference takes precedence, so take your pick.

Julian Schnabel: In The Course of Seven Days

Is It Worth It to Replace HVAC Before Home Sale?

October 6, 2018 0
HVAC systems often become a big point of concern while considering possible repairs before selling your house. Going in for a new HVAC system...