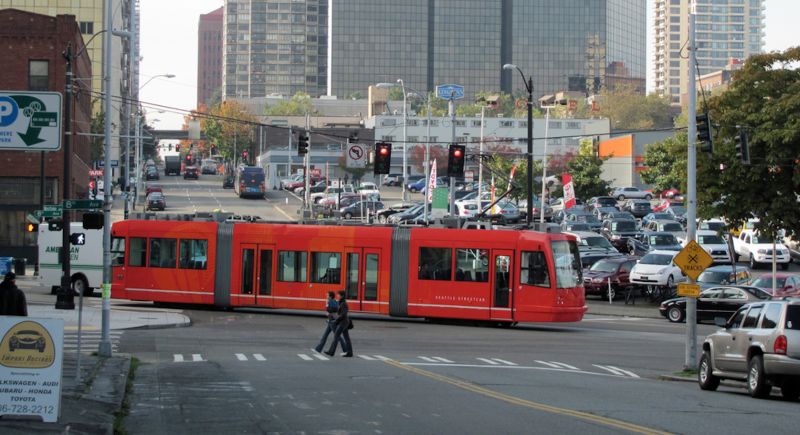 During its first four years of operation, Seattle’s South Lake Union streetcar—the nation’s second modern streetcar (after Portland’s)—recorded rapidly growing ridership. Annual passenger counts on the 1.3-mile line increased from 413,000 in 2008 to 750,000 in 2012 (about 3,000 riders on a peak summer day). The figures reflected the blossoming of the South Lake Union neighborhood into an extension of the downtown business district, as well as the region’s growth as a whole (Seattle is one of the nation’s fastest-growing cities) and the strong performance of transit there. The share of people taking public transportation to work in Seattle increased from 17.6 percent in 2000 to 19.3 percent in 2013—a remarkable growth spurt brought on in part by the opening of the streetcar and the Central Link light rail line.

Yet in 2013, ridership on the streetcar plateaued, barely growing at all. And last year, it declined by seven percent, below 2011 numbers, putting rider revenues below expectations, even as light rail and bus trips across the region continued to increase. What gives? ….

Could roof-straddling “sky walks” soon be coming to Stockholm?

January 12, 2016
0
A new plan proposed for the Swedish capital would see a large slice of its city center built over with densely packed towers