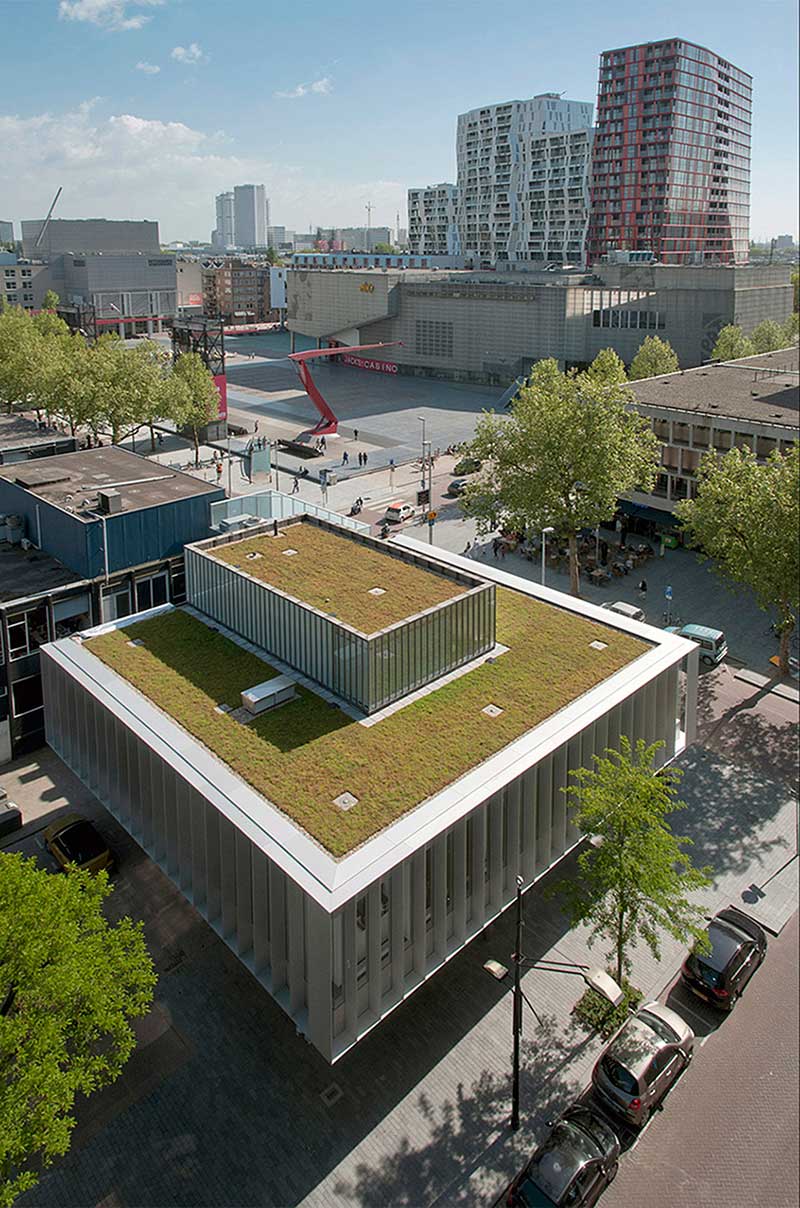 Rotterdam’s Lijnbaan area has been enriched: bejewelled not with an artificial gem but with a distinguished eye – catcher. The structure, next to Schouwburgplein, on the corner of Kruiskade-Karel Doormanstraat, grabs our attention by way of its unpretentious yet convincing architectural countenance. ‘Dream: your favorite steakhouse’, with half of a faux-prairie hut on its facade, has been reconditioned for jewellers Schaap en Citroen and fashion retailer COS, under the banner of Dreamhouse. Built in the early 1950s as Martin’s, a highly modern tea room offering the new trend of “selfservice”, the corner shop has been robbed of its character by various renovations over the last half century. Now the building, built by the then well-known architectural practice Van den Broek en Bakema during the optimistic early post-war years, has been given a new life through the new modernism of KAAN Architecten. 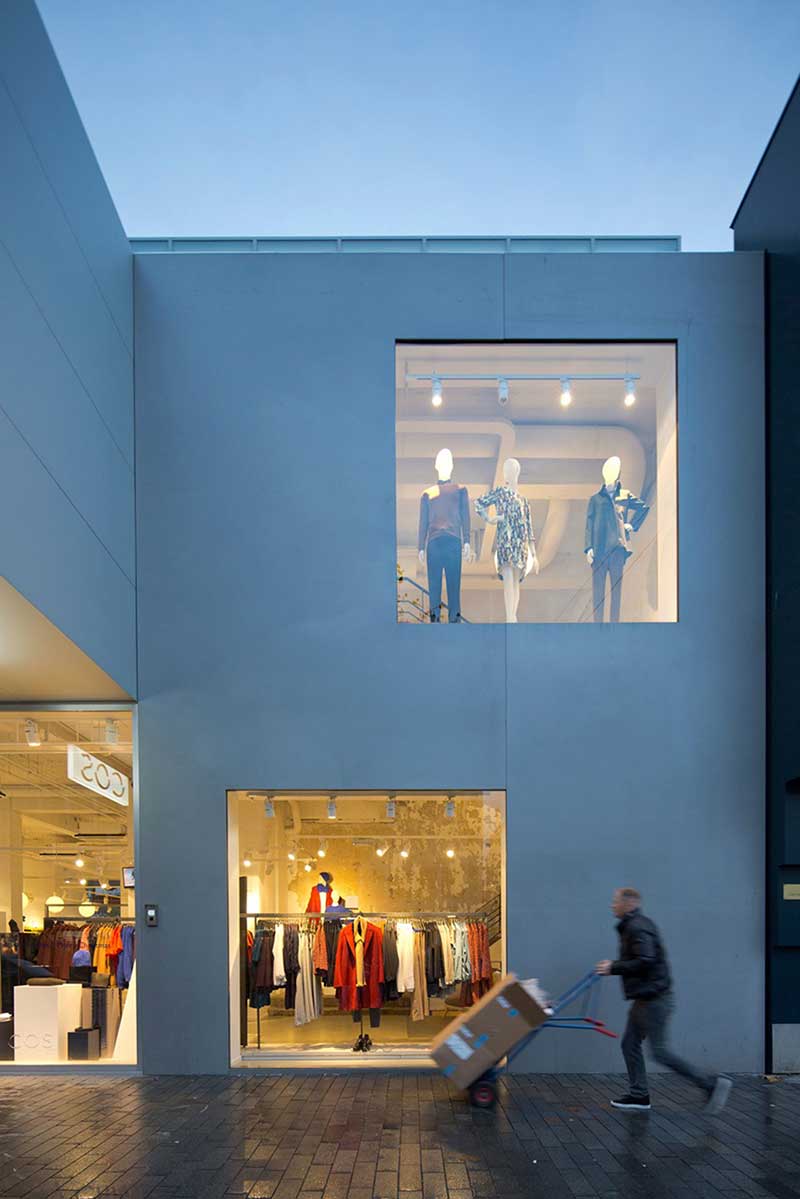 New modernism is still – unalterably – functional, but it is now discreetly distinguished and appropriately chic; no crazy shapes or bright colours, nor any pompous urbanity. Rectangular volumes have been stacked in balanced proportions over three floors on top of existing columns, and display a subtle differentiation of materials, window openings, colours and other details. The stacking presents unity in diversity. The first storey projects markedly, and as such clearly echoes the ‘millstone ruff’ of offices in the surrounding residential flats of The Cityhouse by renowned architects Maaskant en Van Tijen. A framework of windows accents the façade of the overhang. Perpendicular to the largely glass sheet windows are fixed vertical slats – deep, thin and cleanly lined within a framework. 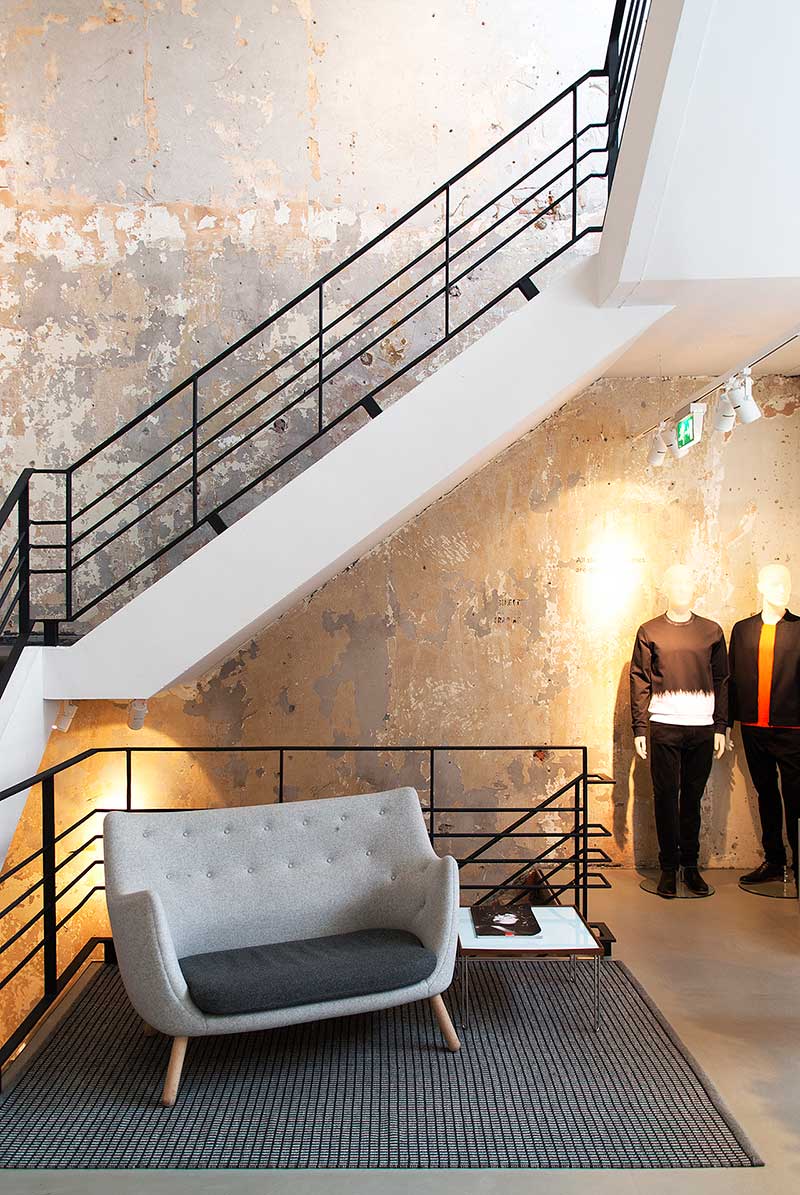 The slats and their encasement prove the existence of a geometric Baroque for they manipulate the view and play of light just as traditional Baroque does, but now without the twists and curves; it is simply straight -edged. Apart from their rhythmic synchronisation with the protruding balconies on the facade of the opposite flats, they have a surprising optical effect. Seen from the side, the overhang appears quite closed. Seen straight on, the building emerges as a show-box and affords an unobstructed view inside. By extruding (pressing through a mould) and anodising the aluminium, the slats acquired their knife-sharpedges and pearl grey colour. They allow a soft reflection of light and colours from inside out and from the sun, clouds and trees outside in. For those willing to see it, it is a timeless delight.

The Architecture of Fear – How to design a Terrifying Haunted House

Rhapsody in White / at26

Modern Houseboats in the Netherlands

Architecture is still a difficult path for women

September 15, 2016
0
Despite the near gender parity in the classroom, discrepancies persist in the architecture professional field, with very few women serving as partners ..