Seeing your own car running at an astounding speed without anyone behind the wheel while you are enjoying the fresh specter of the road wheezing by your window seems like a page straight from the science fiction. But fortunately, it is not. Driverless cars are already there and it has progressed so far that even the test drive of several such driverless car models have been done successfully. It is not altogether wrong to say that we are expecting driverless cars to hit the road anytime soon. It is almost a reality which is only out of the reach of common people or mass market. 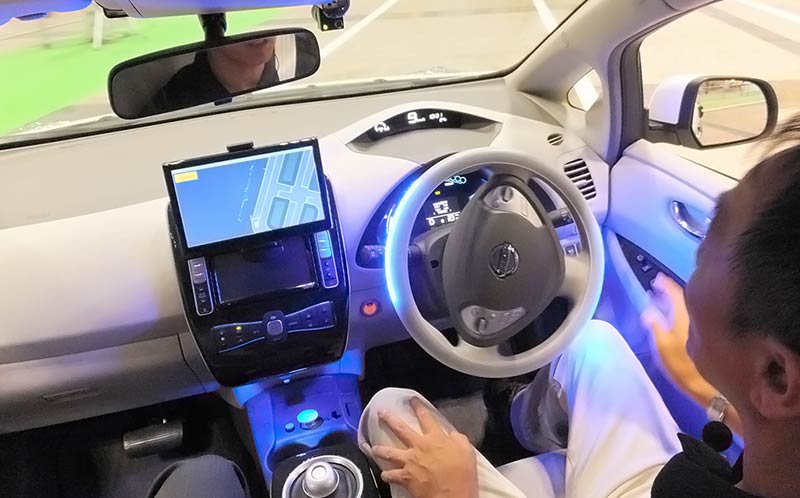 Speculations Are Mounting Up

Naturally, a wide range of speculations about the driverless cars are continuing and they are mounting up every day with the new story and new thrill about what is going to happen once the driverless car is out. Anybody saying that the Ford Focus, one of the most popular cars in entire Europe and UK is going to be driverless from just the next day and it is going to be available from the Ford Transit source, nobody is going to believe, right? But when someone says that Microsoft is coming with its plan to launch a driverless car, we may be surprised but without looking at depth most of us will believe. While such speculations will continue until it becomes an everyday reality just like the way mobile and the web is in our life, we cannot help but look at some of these speculations that seem credible enough to deserve attention.

Driverless Cars Are Also About Ethics

Ever since the biggest driving of driverless car projects of few companies came into widespread media attention and public uproar thanks to few ghastly accidents, driverless cars as the futuristic automobile technology became the subject of debate concerning the ethics of leaving the control of a dangerous vehicle upon the machine. It has been seen by the experts that in a situation when the autonomous car has to take a quick decision about saving the life of either the pedestrian or the passengers onboard, in most cases the car will give priority to the passenger at the cost of the pedestrian or passerby. This clearly shows the huge ethical shortcoming of machines which is at the heart of the driverless car. While a human being will try to save the life of people selflessly often at the cost of the driver himself this autonomous car will fail to do so. This ethical dilemma made the driverless cars a subject of widespread discussion and public uproar across the world. The future of driverless cars is also at the hand of decision-makers considering this ethical point of view rather than the technology alone.

The Progress Made Until Now

In the last couple of years, we have seen too many developments in making the driverless car an everyday reality. Ever since Google announced about the first driverless car yours before other high-tech brands continued to jump into the promising bandwagon of driverless cars. So, in the past couple of years, we have got several new players chasing the ambition of coming with their own version of the autonomous vehicle. Das from the likes of Uber to the automobile giant Ford we already have seen several global brands to jump into the scene of driverless cars. So, when talking about the future of this still futuristic automobile innovation we can only expect more such players to populate the bandwagon of future driverless car manufacturers even more.

Yes, there is no surprise that you and I already know and actually experience the quintessential aspects of driverless or self-driving automobile technology. Don’t be surprised since there is actually nothing else to surprise you. With the help of the latest range of sensors, high definition cameras, radars and lasers already the speed of one car can be managed remotely in relation to the speed of other cars on the road. This is already an available feature in high-value sophisticated vehicles. To put it bluntly, all these technologies together make the driverless car possible. Though we are seeing drivers sitting behind the wheel still now in the most advanced cars, soon it cannot be required any longer. That’s the reality we are heading to.

Types of Shower Faucets | What Type Might Suit Your Shower Better

In Chicago and Philadelphia, the Difference a Park Makes

March 15, 2017
0
Chicago is at the forefront of a growing, big-city trend. It has been undertaking a major parks and open space program, upgrading neighborhood playgrounds ..