There is the old cliché that “first impressions count” and, like most clichés, it has an element of fact. Within seconds of being exposed to a shop or any other retail environment, we soon begin to create pre-conceptions about whether it’s “our kind of place” – one which matches our sense of identity and what we’re looking for as consumers.

Much of this is linked to the visual cues that we pick up straight away – particularly colour and shape. Design is crucial, and it’s why so much thought often goes into making a big impression the moment you cross the threshold and enter the shop – because this inevitably sets the tone for the experience that follows.

But there has to be substance behind the style. It’s one thing tempting customers into a retail environment, it’s quite another to keep them there, and engaged with your products. “Form follows function”, so goes the famous mantra of designers everywhere. This, along with a clear vision of the business objective, is what underpins the design of a successful enterprise.

It’s not just limited to retail environments. Putting real thought into office design can also pay dividends in terms of productivity and staff retention. A prime example of this comes from the drinks company Pernod Ricard. The firm’s move into new offices featuring large open-plan meeting spaces, contemporary design and a more relaxed feel is credited in part with improving staff retention. There’s been a 50% reduction in staff turnover since the move, according to Dennis O’Flynn, the company’s former UK Managing Director. 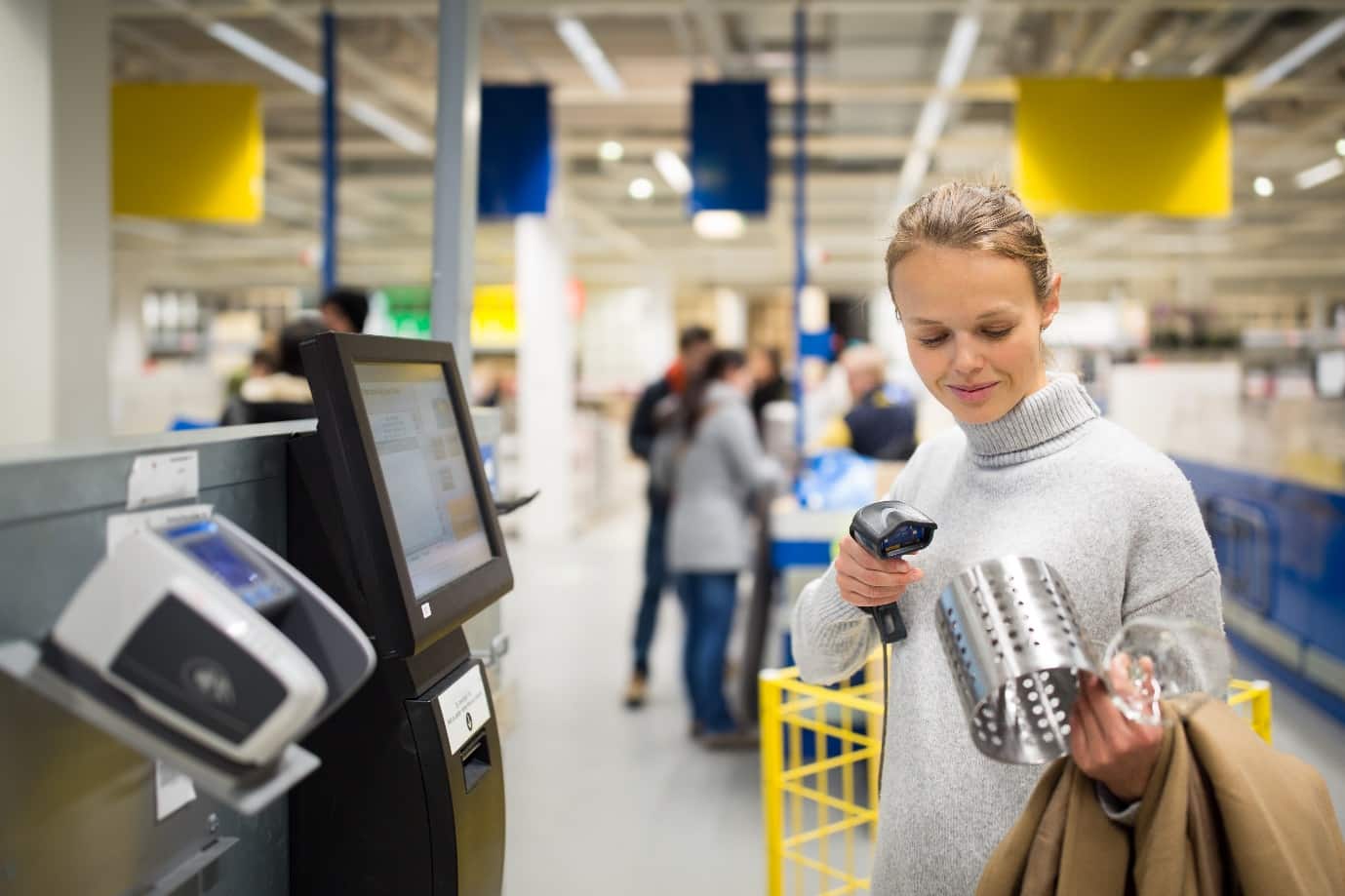 Architecture and design is at the sharp end of the retail environment, and can make or break a brand. One brand that has embraced the challenge of maintaining a consistent design identity that runs through its DNA is IKEA. Over the 75 years since its late founder Ingvar Kamprad started the company, it has risen to be a global giant whose familiar blue and yellow megastores are recognisable the world over.

IKEA has over 400 stores worldwide from China to the UK and Saudi Arabia to the United States and its global turnover exceeds €36 billion – a figure which has almost doubled in the last decade.

The exterior of IKEA’s stores follow a fairly uniform, functional and even Brutalist design. It’s only when you enter the building that the expertise in retail design really becomes evident. Shoppers are led on a pre-defined route through the store that the company calls “the long natural way”. It’s also a masterclass in persuasion architecture, as customers have to pass through all the departments before they can eventually pick up their goods and pay. While this may frustrate customers, the company reckons the majority enjoys the voyage of discovery and feel it turns a visit into more of a leisure outing than a simple shopping experience. And you can’t argue with the facts: customers visited IKEA 817 million times in 2017 – up from 783 million in 2016 – so their approach is clearly working. 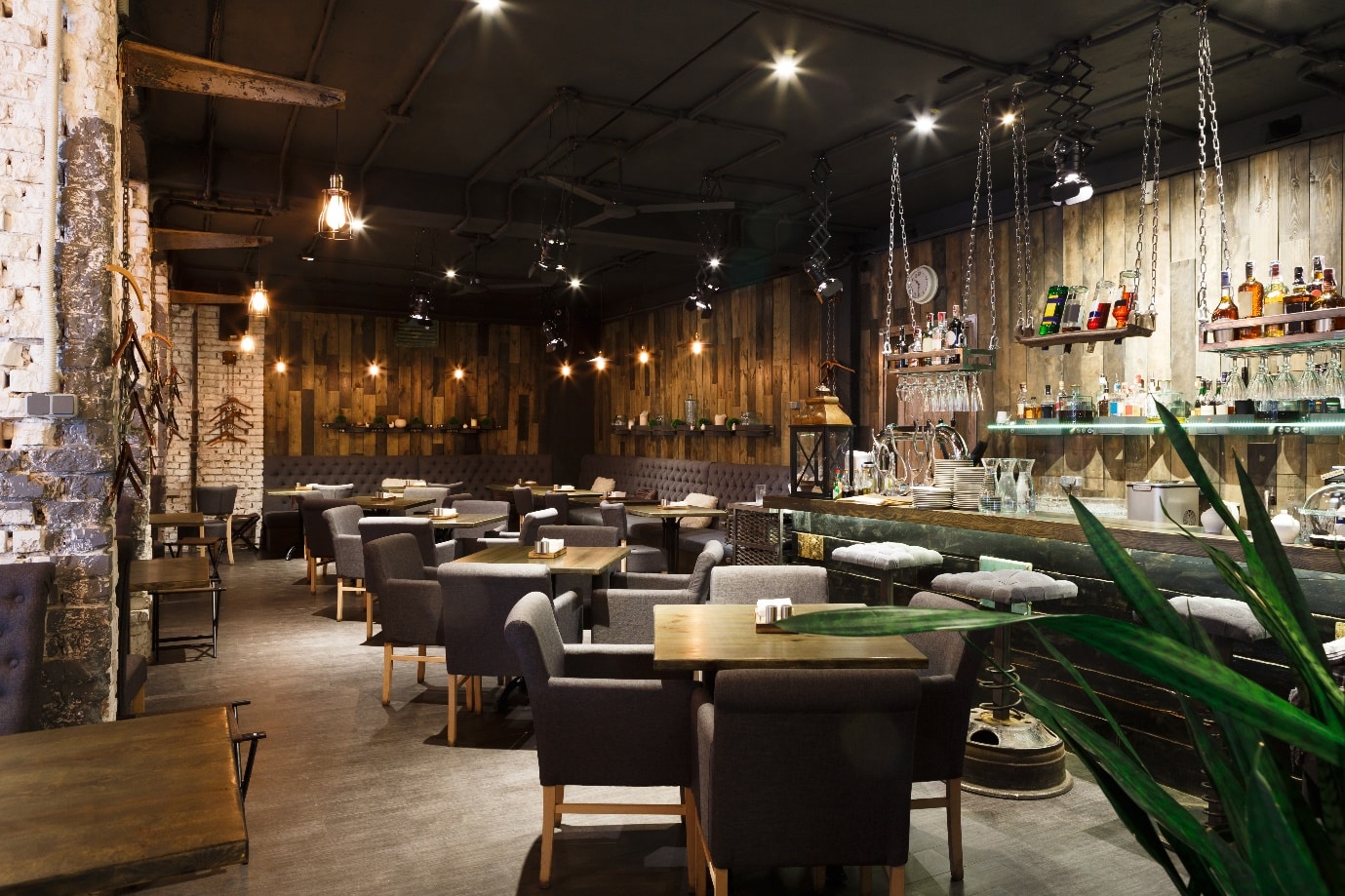 The hospitality industry is another area where distinctive design can also have a great success of whether a business succeeds or fails. Perhaps more so than retail, success relies on adapting to changing fashions through time – whether you’re considering the styling of nightclubs or the interiors and ambience of restaurant interiors. In the case of restaurants, the design is key to how they’re intended to be used. For example, McDonalds uses bright lighting, functional seating and upbeat music to encourage a rapid turnover of diners, while higher-end eateries take a different approach, with dimmed lighting and relaxing music encouraging guests to linger for a couple of hours, spending as they go.

A great example of this is Margot, an up-market Italian restaurant in London’s Covent Garden. In the highly competitive London food scene, where thousands of restaurants compete for diners’ custom and loyalty, a distinctive brand and authentic feel is key to survival.

So when the design firm Fabled Studio received the brief to create a unique dining environment at Margot, they started the process that Creative Director Tom Strother describes as: “a strong narrative that is carried through the details of the design, ensuring each detail plays its part but without feeling contrived or superfluous to the design.”

In this approach, the design team decided to pick up on fine Italian traditions like worn and weathered Palladian flooring, as well as using copper accents in the colour scheme to reflect traditional pasta pans, which have been bubbling away on Italian stoves for centuries. Throw in some luxurious leather banquettes and it’s a recipe that seems to have struck a chord with the public and the press alike with glowing reviews and a full reservations book.

The importance of design online

Of course, it’s not just in the physical world that great design is important – hence the growing importance of user experience in website design. So where once everything was about function and getting the site visitor to check out as soon as possible, the science of both attracting people to a site and keeping them there is a key challenge.

That’s why we’re starting to see a distinct design aesthetic in every industry that’s represented on the web. For example, on the Wink Bingo website you’ll see the design has been completed rebranded in a pop art style – containing all the hallmarks of its familiar look and feel, including a dotted vector and bright, primary colours throughout. This type of website design is fun, vibrant and familiar – thanks to its use of this popular design that viewers instantly recognise. The online gambling market is pretty lively at the moment – accounting for 33% of all gambling in the UK – making it all the more important to stand out to win over the many new game-players joining this growing market.

To flip this by 180 degrees, it’s going to be very interesting to see just how Amazon, the world’s biggest online retailer by a considerable margin with an annual turnover in 2017 of $177.87 billion, are going to translate their frictionless shopping experience to the offline world with their Go stores. The Go stores are set to revolutionise bricks-and-mortar stores as they have no checkout lines, cashiers or registers – another unique selling proposition.

Amazon Go is very much still an experiment at the moment but if the design does prove to be a success we can probably expect to see many more of them popping up all round the world pretty soon.

There’s no doubt that we’re living in an increasingly design-literate age so the importance of aesthetics in all areas of business will only become more and more important in the future. But rather than seeing this as a challenge, it could become more of an opportunity to reach out to customers more effectively than ever and put some clear water between competitors. And, as past experience seems to have shown, the more unified the business vision and customer proposition, the greater the rewards will be.

35 Different Types Of Paper And Their Properties

7 of the Best Cameras for Architectural Photography Today

How a Rendering of Pluto’s Sunset Reveals the Algorithmic Future of...

May 25, 2016
0
An architecture student at the University of Calgary, Yuen has used photographs of Pluto’s sunset to create a bubbled parametric wall