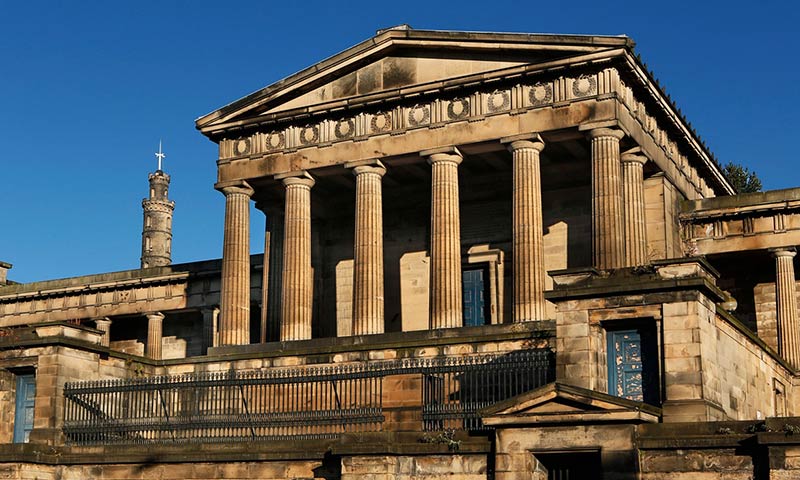 The 1825 building is one of the UK’s most-treasured neo-classical buildings. Plans were submmited to demolish part of the site and erect a five-star hotel

Councillors in Edinburgh have narrowly rejected plans for a major luxury hotel on the site of the old Royal High school, one of the UK’s most treasured neo-classical buildings.

Councillors voted by nine to six against the plans to erect two large stepped wings to flank the Greek revival building on Calton Hill – once mooted as a home for the Scottish parliament, and to demolish parts of the site to create a new five-star hotel.

The latest of a series of disputes over the city’s heritage and its revitalisation, mirrored by a heated debate over another hotel development known by its critics as “the turd”, the controversial design by architect Gareth Hoskins for the high school split the council.

A key architectural feature on Calton Hill in the New Town, the high school was built in 1825 by architect Thomas Hamilton. There is a rival proposal, funded by the millionaire arts philanthropist Carol Colburn Grigor, to build a music school on the site which has yet to be formally submitted to the council.

Edinburgh’s planning officials had recommended the rejection of the Hoskins hotel because it so clearly breached the city’s world heritage site planning rules. It would have a “significant adverse impact on the architectural integrity, composition, setting and special character of the listed building,” the planners said. […]

March 26, 2015
0
Swedish furniture giant Ikea will produce 10,000 flat-pack temporary shelters for the United Nations Refugee Agency (UNHCR) which will be used to house up...