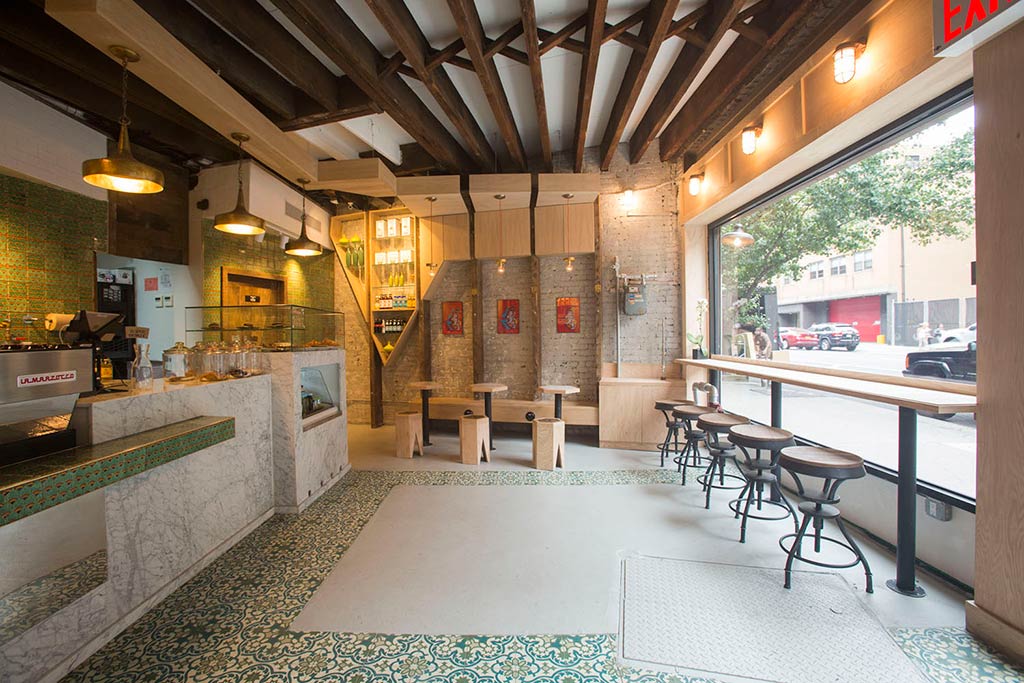 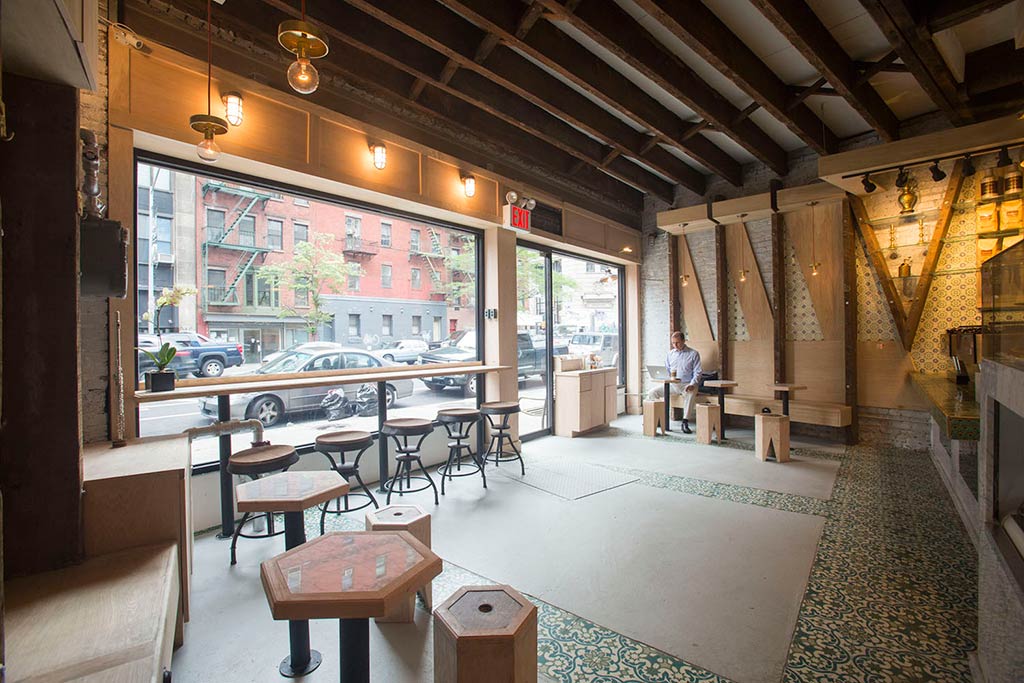 According to Mr. Vural when he walked into the demolition site as the design architect, he discovered a photo in the rubble; a blue man playing the flute to a pretty woman. When he researched the photo he discovered it was the Indian God Krishna, with his head-mounted peacock feather, playing his iconic flute as a gesture of love and harmony to his lover. 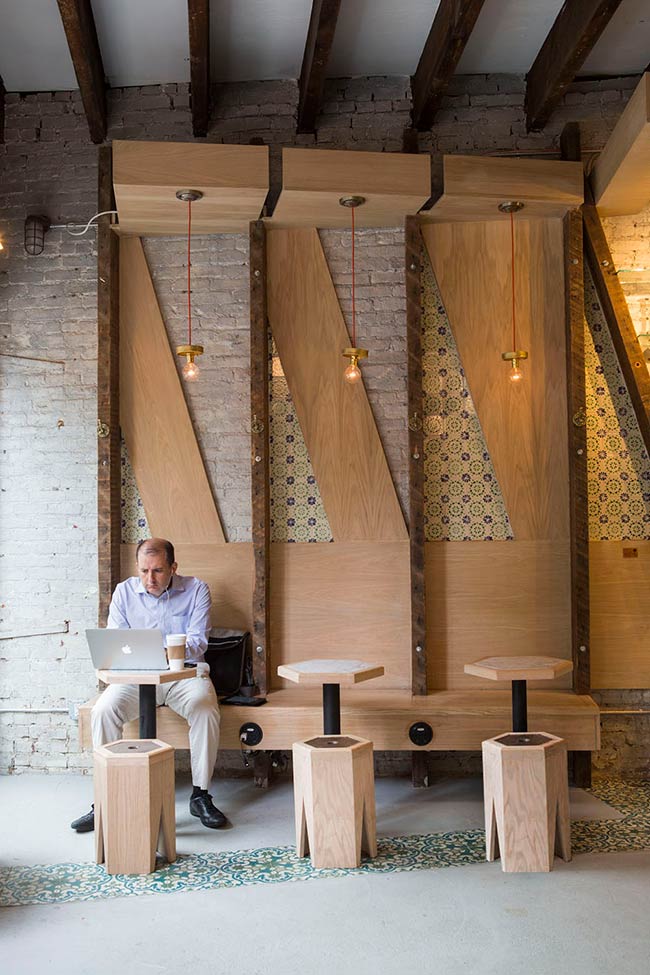 Enchanted with the story, he based his design of the café on this timeless love story; Mr. Vural said:

Iconic Cafe is an architectural reflection on Krishna & Radha’s timeless story adapted to NYC. We fused the richness of pattern & color in Indian art with cool, disruptive modernity of New York. Our project is a well calibrated blend of dynamic forms, 90 year old wood joists, wax finished oak paneling and amazing Mexican tiles (Indian too costly) that will take you to a multi-cultural consciousness in your digitized coffee break. 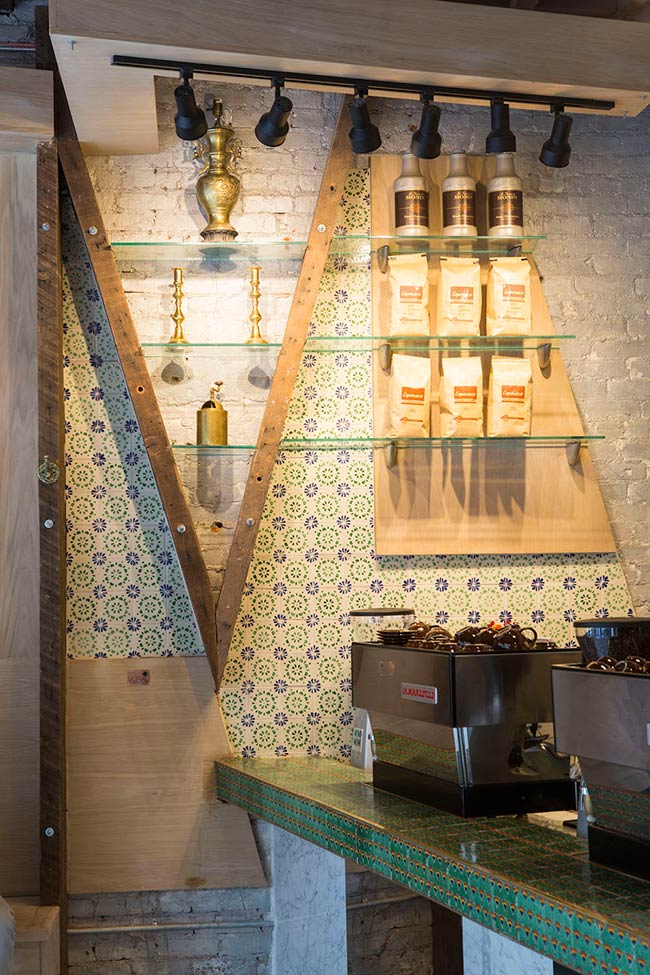 Iconic Café owner Hemal Sheth, said he himself put the Krishna photo in the rubble as a gesture of religious veneration and good luck wishes in his first café.

The whole thing was an accident! I wanted an industrial café yet when Selim came with the picture in his hand and explained the concept, I said to myself “why not?” Lord Krishna is my God after all. 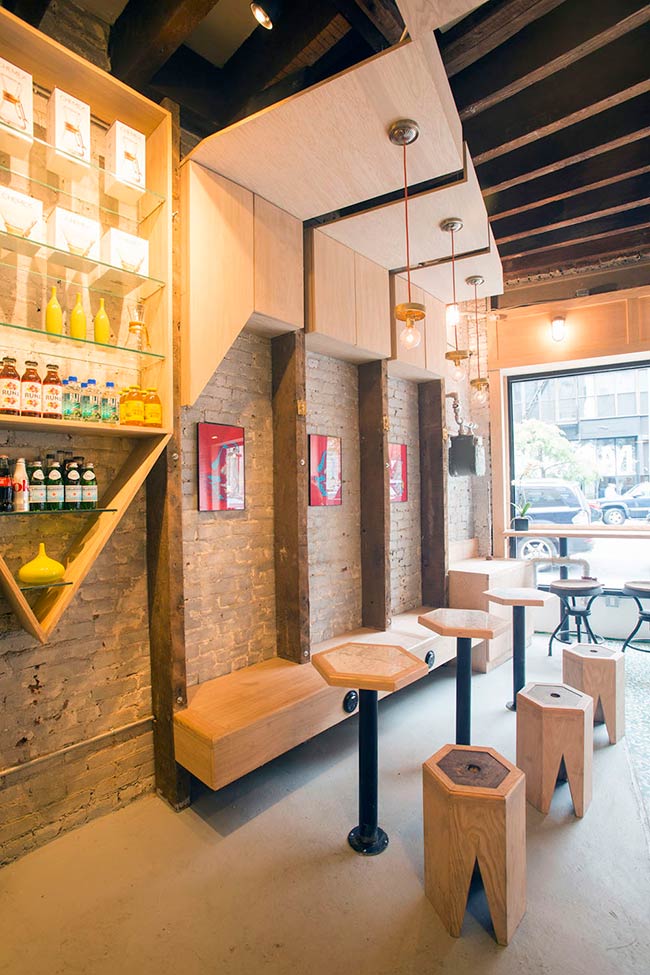 Iconic Café is Hemal Sheth’s first ownership in the food & beverage market after 25 years of successful magazine dealership in Soho, which he still carries on. Mr. Sheth plans to expand his brand to other locations introducing earthy Indian coffee blends and vegan sandwiches. At the moment, Iconic café is roasting and serving its own brand coffee along with fresh baked goods and juices. 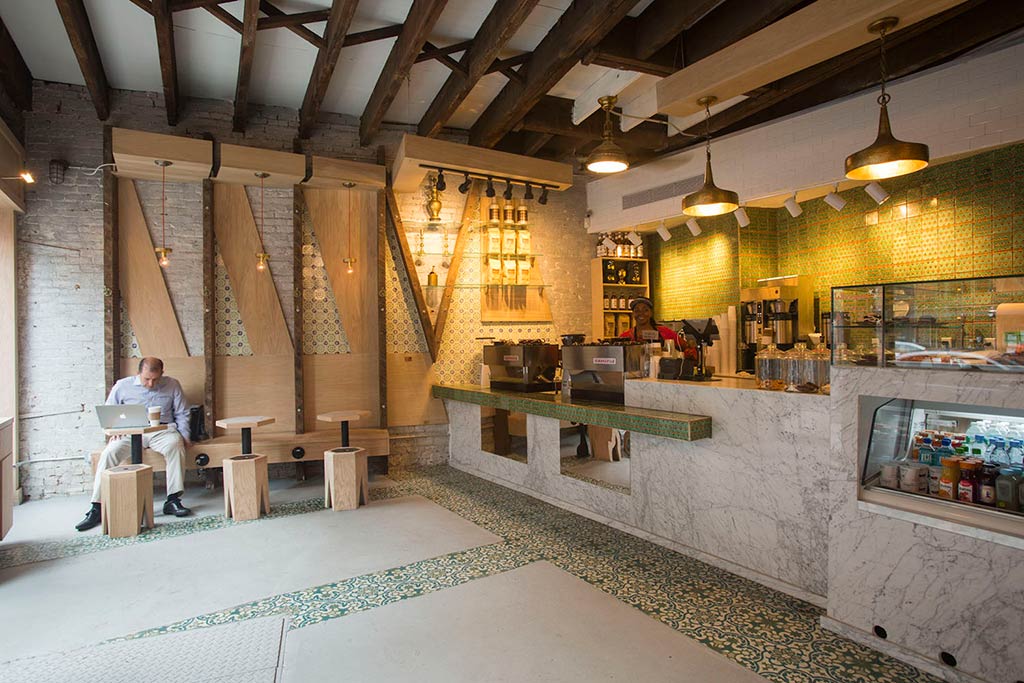 Mr. Vural is happy with his client’s support. He said he knew nothing about Indian Art nor religion before the encounter with Krishna’s photo, neither did he play the flute. Now he explores a bit of both, studying intricate geometries of mandalas and playing his classical flute he learned to play through YouTube videos. He said, during the design of the café, he just had an inborn urge to play….

April 14, 2014
0
“The Landscape Architecture Legacy of Dan Kiley,” at the National Building Museum through May 18, celebrates the centenary of the designer’s 1912 birth..