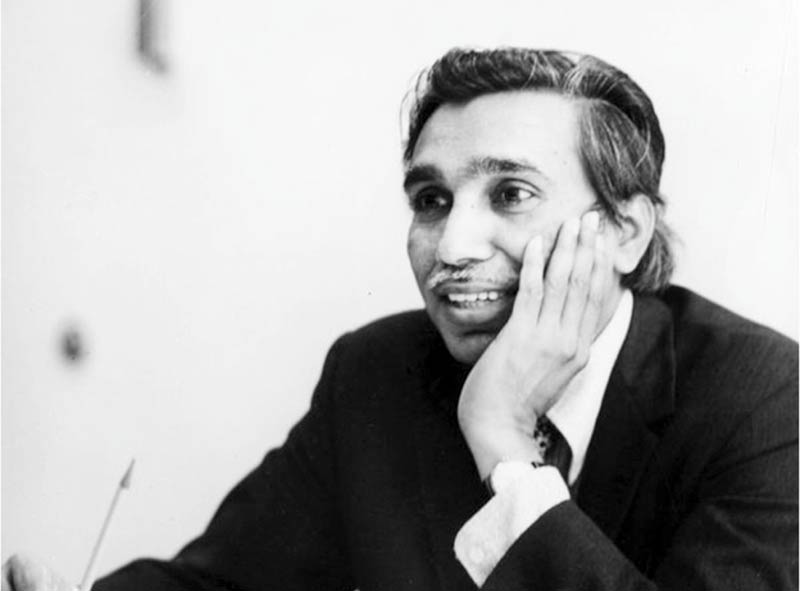 From his early life in Bangladesh to the pioneering tube structure that enabled him to sculpt the modern cityscape, here are five things you need to know.

Fazlur Rahman Khan, the subject of today’s Doodle, was born the son of a rural maths teacher in Dhaka

Khan was born in Bhandarikandii in Dhaka in 1929, then under British rule but part of Bangladesh since 1971.

Rewarded for his academic excellence with both a Fulbright Scholarship and a grant from the government of Pakistan, Fazlur travelled to the US in 1952 to commence his career in architecture.

Hired by the prestigious Chicago firm Skidmore, Owings and Merrill, Fazlur quickly distinguished himself with an innovative new design for high-rise buildings known as the tube concept.

Khan proposed using the perimeter wall of a building to mimic a thin tube rather than designing structures around a solid central core, thus better enabling tall towers to withstand the impact of horizontal forces, such as high winds or earthquake vibrations. The innovation also drastically reduced construction costs and environmental impact as it required fewer materials to execute.

Khan’s radical rethinking of how skyscrapers were structured proved a game-changer, allowing far taller buildings to be realised. […]

Mia Lehrer on what makes a successful park, and how L.A. can build them