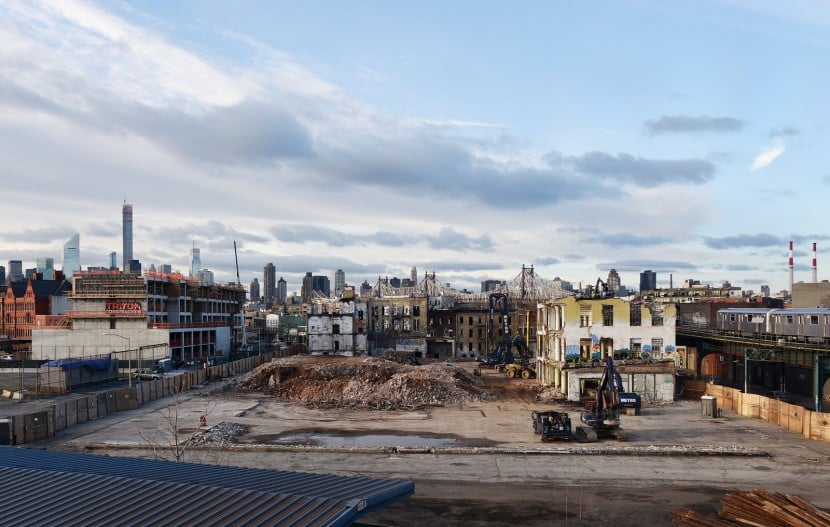 For decades, a towering former factory was hailed as, if not the center of street-art, than certainly one if its strongest facilitators. It was an oddity in the infamously informal world for its self-seeking legitimacy: boasting a curator, paid staff and even write ups in the New York Times. Indeed the Times once referred to the building as being made of ‘murals with allegorical tales of good and evil, modern takes on Rembrandt, variations on and homages to grunge comix and the golden age of Mad magazine.’

So what happened? How did arguably one of the most fascinating and potentially influential street-art venues in New York become a pile of rubble?

Dead Rabbits
When the actual structure of what would become 5 Pointz was competed in the 1890s, it was for a water meter factory. The building was not particularly architecturally significant, however it did reflect a proud expansion of the initiatives popularized by Fordism. The factory would remain operational until the decline of US east coast industrialism in the late 1950s and 60s. About ten years later, the property was bought by fairly young developer: Jerry Wolkoff.

At the time of this purchase, Wolkoff was in his mid thirties, but had already lived a lifetime in the development business. Beginning as a teenager building houses in Brownsville (Brooklyn) he gained an eye for valuable properties but more importantly, for valuable locations. The former Neptune Water Meter Factory was nothing if not a slow-boil investment. ….

November 15, 2016
0
Two years on from its expected completion, the bridge joining Dandong and Sinuiju remains unfinished: an emblem of an uneasy alliance gone sour