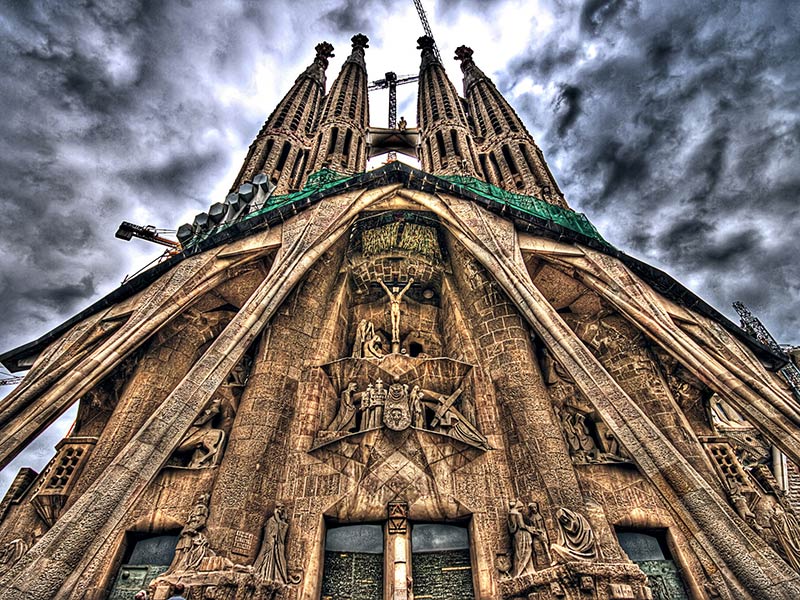 Soaring above Barcelona, Antonio Gaudí’s church will eventually become the world’s tallest when it is finally finished. But is it also the most controversial religious building? Jonathan Glancey investigates.

“My client is in no hurry”. Antoni Gaudí believed that God had all the time in the world, so there was no need to rush the completion of the Catalan architect’s most ambitious work, the Sagrada Família. Often mistaken for Barcelona’s cathedral, the breathtaking Basilica and Expiatory Temple of the Holy Family, paid for entirely by private donations and sales of tickets to the 2.5 million people who visit it each year, is unlikely to be finished before 2026. Given that construction began in 1882, this is clearly the work not just of a singular and devoutly religious architect, but of several determined generations of dedicated professionals and enthusiasts. […]

The Story of Toronto’s 90 Sumach

Nigerians Are Building Fireproof, Bulletproof, And Eco-Friendly Homes With Plastic Bottles And Mud

Helmut Jahn on the Ethos of Mansueto Library

September 27, 2015
0
The intervention proposed at the Community Center Serra Dourada stablishes a very respectful relationship with the original elements of the ranch, giving it a unique character to this place.