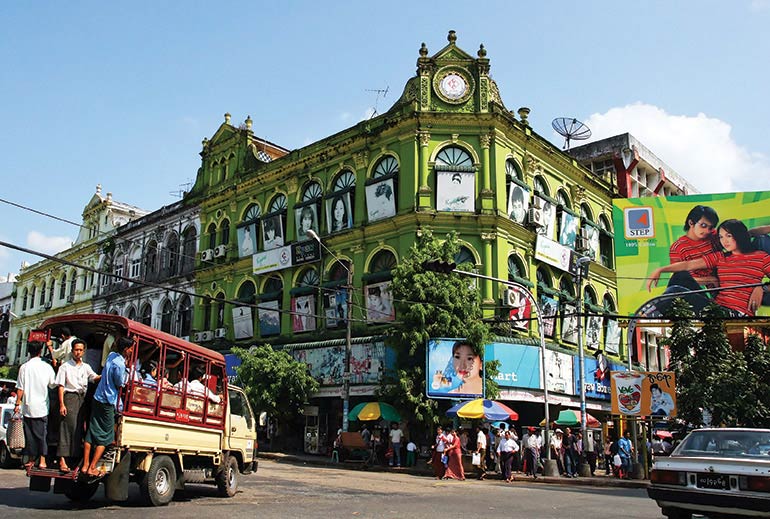 Events in Myanmar’s capital, Naypyidaw, have been the focus of most attention since Aung San Suu Kyi’s National League for Democracy (NLD) party was swept to power in a landslide election in November 2015.

But an upheaval is also taking place in the country’s economic heart of Yangon – and it could have significant implications for how the city develops in the years to come.

Yangon is at a juncture. It’s fuelling Myanmar’s economic boom – the country had the fastest-growing economy in Asia in 2015-16 – but it’s also choked with traffic, suffers regular power outages and is enduring a housing affordability crisis. Many have no access to government-supplied water or sewerage.

There’s an obvious need to improve infrastructure and living conditions. At the same time, there’s contestation over how much of the city’s heritage – not just individual buildings, but entire neighbourhoods – can and should be protected from what conservationists deem inappropriate development.

For decades, but particularly after the capital shifted to Naypyidaw, Myanmar’s military rulers adopted a policy of neglect toward Yangon’s heritage buildings. The new Yangon Region government, formed in March 2016 and headed by long-time NLD activist Phyo Min Thein, has changed the equation. It has thrown out the leadership of the notoriously corrupt municipal council and taken steps to improve delivery of public services. It is reviewing major projects initiated by its predecessor, including controversial ‘new cities’ on Yangon’s fringes. New initiatives, such as river transport, are being trialled. A long-delayed zoning plan is also being dusted off. Some of the reforms have been difficult, even unpopular – a new bus system launched in January remains a work in progress and has been widely criticised, while a night market to shift vendors off the streets failed to gain traction. […]

SelgasCano – The Less Architecture the Better

March 16, 2015
0
San Arialdo is the name of a small chapel located in Velate, a small community in Varese