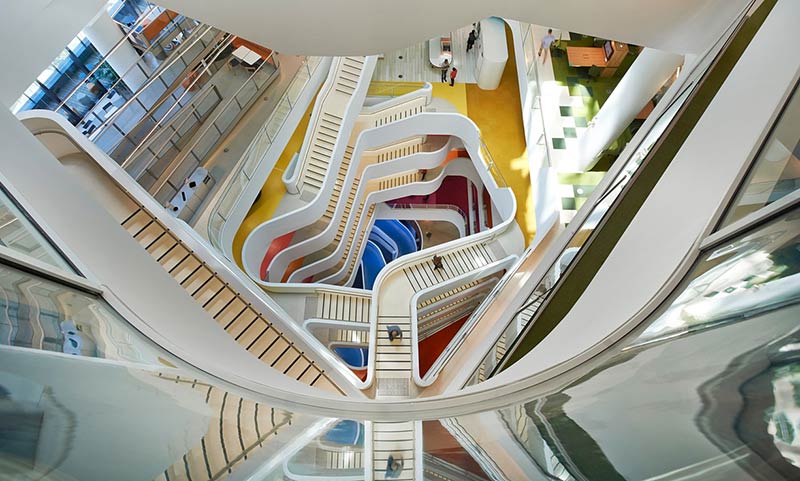 The architects behind Medibank Place in Melbourne’s Docklands had numerous design aspirations but there was one key point. Australia’s largest health insurers wanted their new head office to be one of the world’s healthiest buildings.

“Medibank CEO George Savvides said to me, ‘I want a living, breathing, healthy building,’” says Rob Backhouse, managing director of Hassell Architects and one of the principal designers of Medibank Place. “In essence, our brief was to take Medibank’s core purpose and mission of promoting good health and express that physically in a building.”

Opened in 2014, Medibank Place has won numerous local and international awards, including for sustainability at the 2015 Interior Design Excellence Awards (IDEA).

It was also awarded six stars on the Green Star office rating from the Green Building Council of Australia, thanks to indoor features such as flooring, carpets, paints and furniture that are low in air-polluting volatile organic compounds (VOCs); external views and lots of fresh air.

October 25, 2015
0
This 259sqm site has one long boundary facing a narrow road. More like an easement, a quirk of the original New Farm grid.