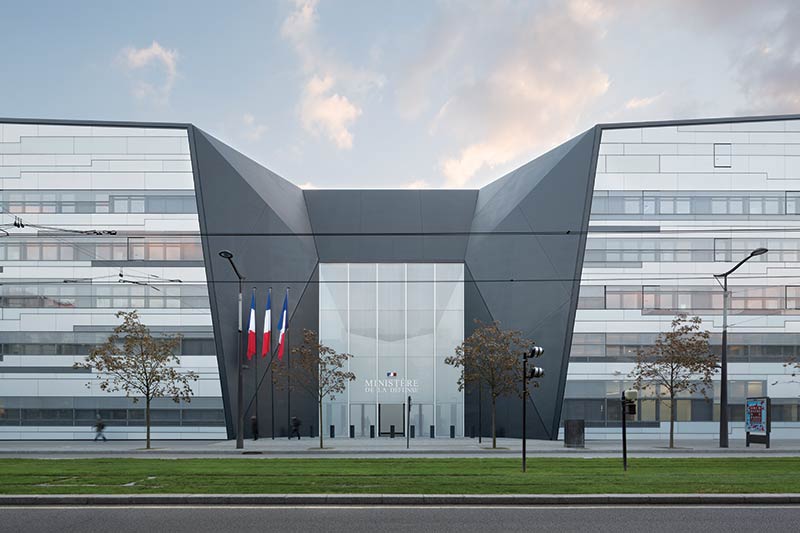 Recently inaugurated by French President François Hollande, France’s new Department of Defense, is a monumental building of 165 000 m2 that was planned to house nearly 10,000 persons. A real city within the city located in the 15th arrondissement of Paris. 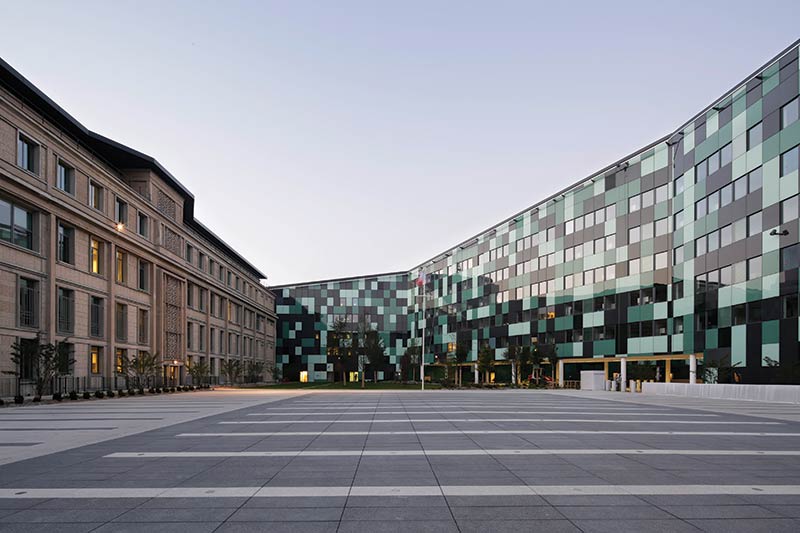 “Hexagone Balard” is France’s new Department of Defense. Desined by Agence Nicolas Michelin & Associés (ANMA) this project is an extaordianry adventure and a formidable challenge: 165 000 m2 planned to house nearly 10,000 persons. The building is oxymoronic, both sovereign and discreet. The architecture of the building oscillates between its external monumentality, with “facade-cliffs” pierced by a real drawbridge, and its interior garden landscapes, offering views from one end to the other of the building.

The exterior draws a long white enclosure that evokes the headquarters of an entity working to preserve the balances of the world. Opposite to the Parisian ring, the fortress leans, revealing only the roof of the building. This fifth façade is a vast topography levitating, an unusual landscape in the Parisian setting. Three chimneys punctuate this origami of metal panels and solar glass. They symbolize the three forces of the army. 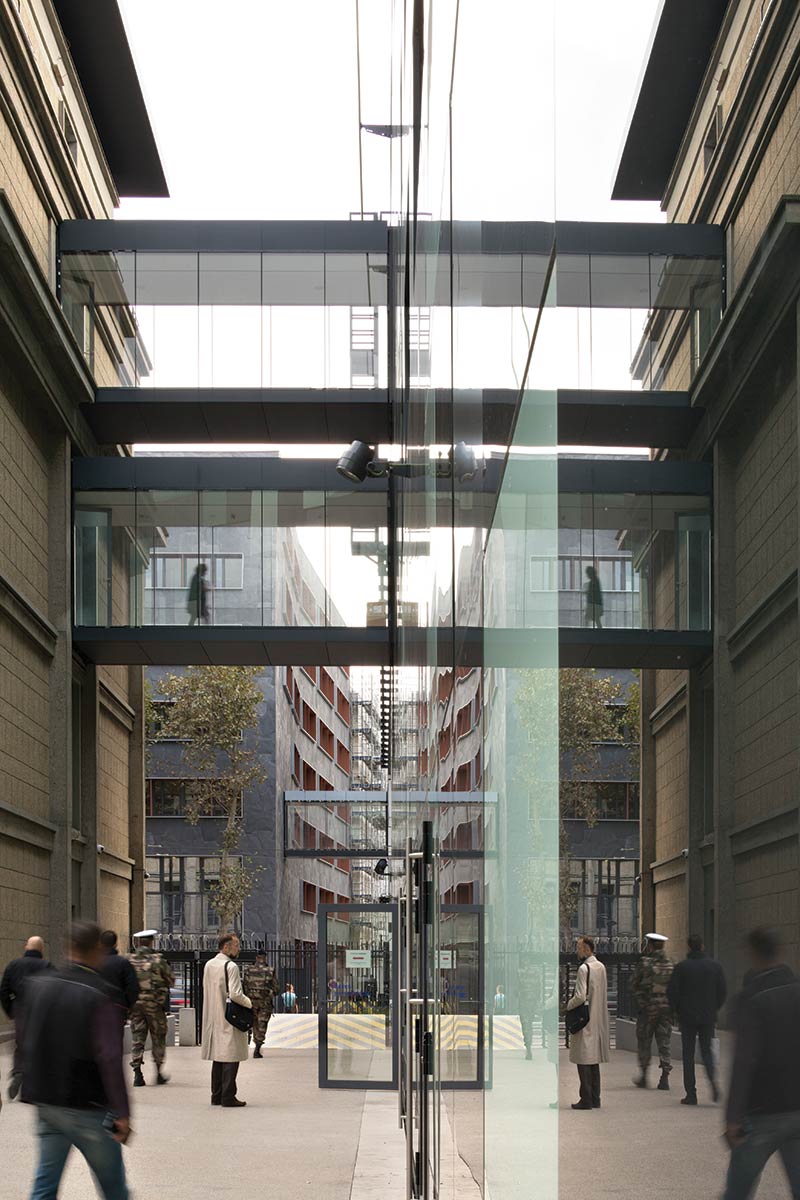 Built on stilts, the building is a rhizome, whose heights vary to reach the highest central room dedicated to the highest hierarchy. Against all odds, the Department of Defense is also a tree-filled campus, offering many gardens. All the offices are distributed within the green areas. 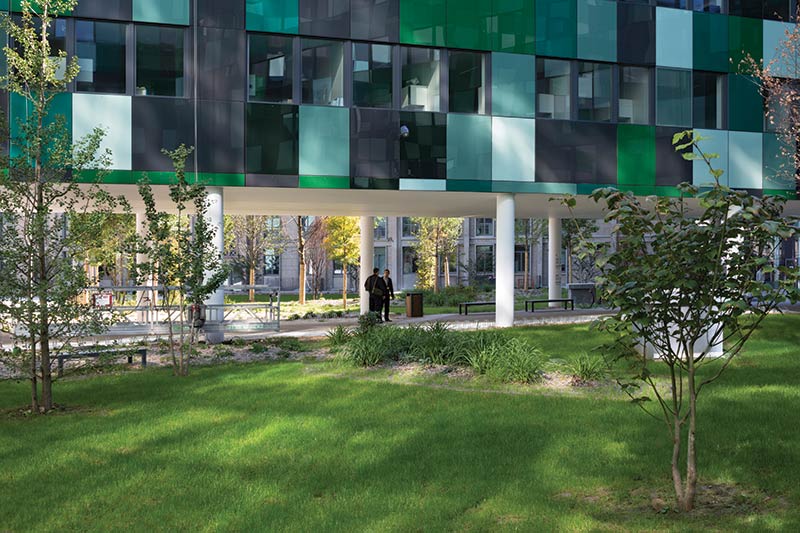 In addition to the headquarters of the Department, the project includes many facilities, some of them open to the public and the inhabitants of the neighborhood : a health center with several medical offices, two nurseries, a hairdressing salon and a swimming pool. Conceived as a real living space, this campus is a city within the city.