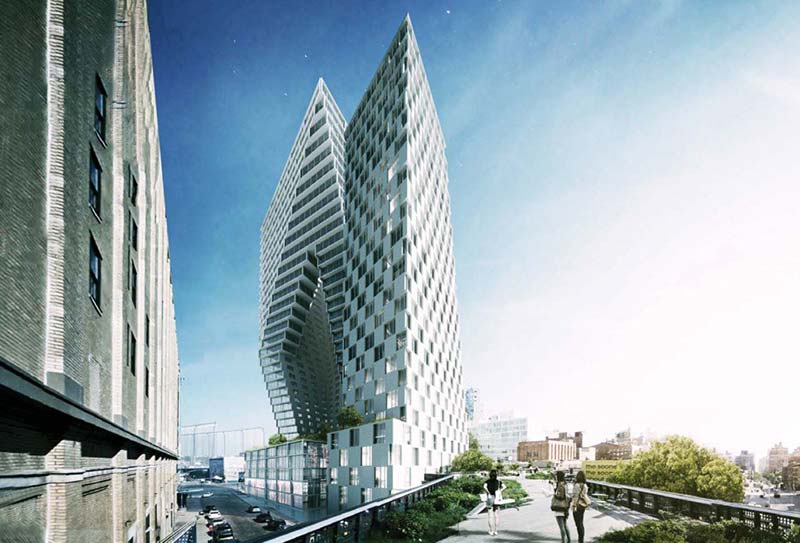 Ziel Feldman’s HFZ Capital Group is tweaking the makeup of its planned two-tower Chelsea megaproject to include office space.

New plans filed by the firm show that the four-story base of the towers, at 76 11th Avenue, will comprise 242,750 square feet of combined retail and office space. There is no longer any mention of a hotel, which was the original plan for the base of the two condo towers.

Feldman did not immediately respond to a request for comment on why the plans for the Bjarke Ingels-designed project had changed.

But he’s just the latest in a string of high-profile developers to eye the Chelsea and Meatpacking District areas for the development of high-end office product. Approximately 600,000 square feet of new commercial office space is slated to open in the Meatpacking District over the next five years, according to the Business Improvement District.

Vacancy rates in the area are notoriously low – around 2 percent – while prices are high. Romanoff Equities and Property Group Partners are reportedly charging up to $200 a foot for office space at one of the neighborhood’s newest office projects, 860 Washington Street. […]

March 4, 2015
0
A wooden skyscraper that Austrian architects say will be the tallest of its kind in the world is to be built in Vienna next...