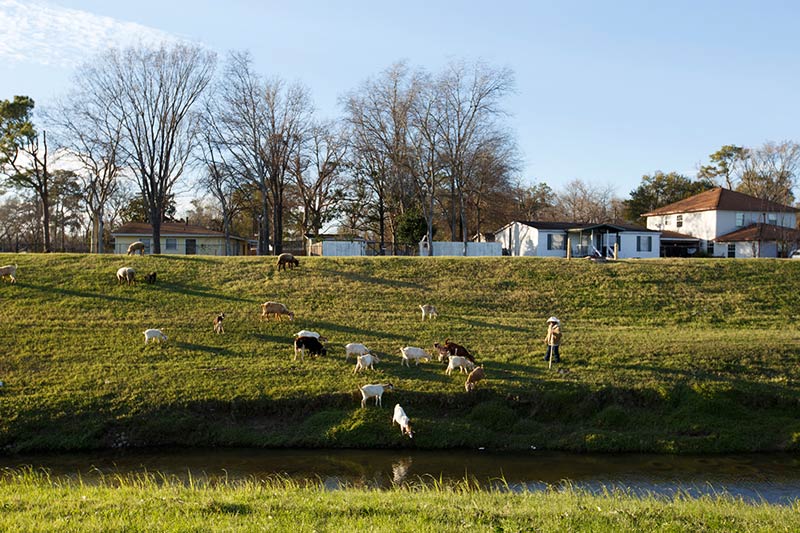 A modern settlement house movement is brewing in Texas. Can a nonprofit group with a budget larger than most public agencies revive the immigrant dream?

Not far from George Bush International Airport, on Houston’s north side, the neighborhood of East Aldine is taking charge of itself. Home to 53,000 people living in 15 square miles, East Aldine is a hole in the donut. Wealthier areas nearby have been annexed by the sprawling city, but this land remains unincorporated. The residential streets are lined with ditches instead of curbs and storm sewers, and most households rely on septic tanks and wells. Racially and economically isolated, the neighborhood is 78 percent Hispanic and 12 percent African-American. Two-thirds speak Spanish primarily, half lack a high school diploma, and only 7 percent have a college degree. Forty percent of households make less than $25,000 annually.

At its center lies an amenity that is scarce in Houston: 500 acres of public space. Densely wooded Keith-Weiss Park, donated by a philanthropist, is valued by city planners mainly for its role in flood control. The park’s detention ponds store water that overflows Halls Bayou after heavy rains, and the city has also built sports fields and a small playground. But that is the end of Houston’s involvement in East Aldine. The city wants no part of a fringe neighborhood that would need expensive municipal services — water, sewerage, trash collection, police and fire protection. Not unless it is rich. (Master-planned Kingwood was annexed over residents’ objections despite the fact that it’s twice as far from downtown.) […]

November 6, 2016
0
The Hôtel des Communes represents a sculptural kind of architecture that approaches Land Art. It is a smart and spectacular building ...