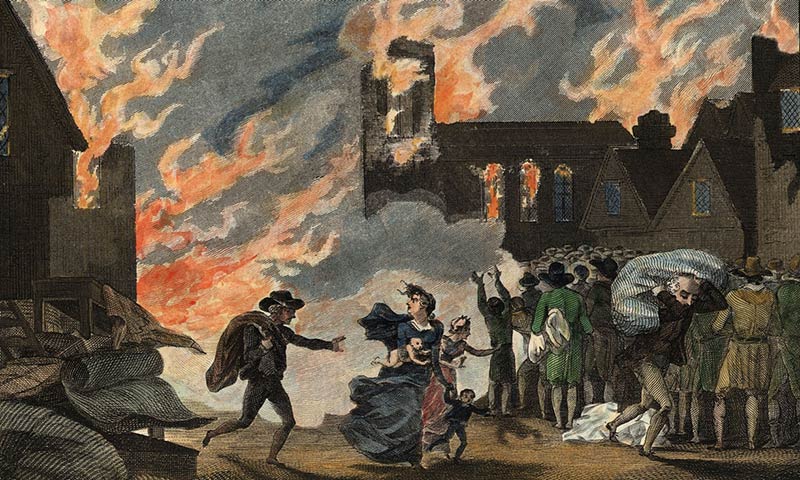 From Wren’s wide boulevards to Newcourt’s uniform grids, a new exhibition reveals the alternative plans to rebuild London after it was destroyed by the great fire, and asks: what could it have looked like now?

The day the great fire began on 2 September 1666, the diarist Samuel Pepys took to the safety of the south side of the river Thames and watched the flames gradually consume London’s medieval city. “It made me weep to see it … a horrid noise the flames made, and the cracking of houses at their ruin.”

Not everyone wept for what had been lost, however. Some saw an opportunity to transform London, to clear away the overcrowded warren of cobbled streets and narrow alleys that spread the fire and forge a greater, more elegant city from the ashes.

The great architect Sir Christopher Wren imagined a reconstructed capital full of wide boulevards and grand civic spaces, a city that would rival Paris for Baroque magnificence. Others dreamed of a rational, navigable city – London nailed down to a precise, uniform grid. And some conjured up a city of church bells, chiming in tower after tower, square after square.

This series of forgotten visions, masterplans for London produced in the aftermath of the great fire, form part of a new a new exhibition at the Royal Institute of British Architects: Creation from Catastrophe – How Architecture Rebuilds Communities. Although none of the designs came to pass in the last decades of the 17th century, the five original post-fire plans offer fascinating glimpses of what might have been if London had been set free of its medieval street pattern. […]

November 29, 2015
1
The project, led by international design practice HASSELL, in conjunction with We Made That, was the first in a series of high street rejuvenation projects for the London Borough of Croydon