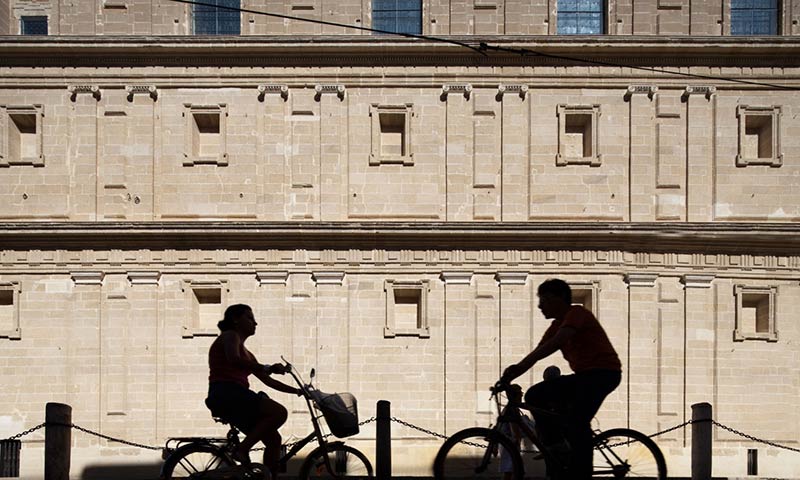 Manuel Calvo bumps his Brompton folding bike along the last few metres of a quiet cobbled street in Seville’s old town, then through a narrow passage and on to a broad ring road encircling the district. Suddenly, several lanes of cars and buses are zipping past, but Calvo pays no heed – we are on a smooth, green-tarmacked bike lane, separated from motor traffic by both a raised kerb and a waist-high fence.

“Here we are,” says Calvo, pedalling unhurriedly along the network he played a key role in designing. “I’d do a few things differently next time, maybe try and make the lanes a bit wider. But they work. People use them.”

And people do, in large numbers. They do so to such an extent that Seville, the capital of Andalucia in the far south of Spain, has become something of an unlikely poster city for sustainable transport. It is, proponents say, living proof that more or less any urban area can get lots of people on the bikes by the relatively straightforward means of building enough connected, safe lanes on which they can ride.

Such has been Seville’s success – the number of bike trips multiplied 11-fold in a few years – that municipal officials have just started extending the model to other cities in the region.

It’s an unusual tale, marked by the right people being around at the right time, as well as an amount of luck. ….

February 28, 2012
0
For this project, the architects were commissioned to build a second home for a husband-and-wife couple and their young son.