While installing a ceiling grid, most of us forget that the success of the job entirely depends on how accurately we level it!

And that’s a common mistake, but we don’t blame you. Not many are aware of how to level a grid appropriately, and that’s where a rotary laser level comes handy. Believe us; there’s hardly another easier way of installing a brand new ceiling grid than using a rotary laser level.

Not only does it get the job done in about half the time taken by the typical installation procedures, but it also helps in maintaining higher accuracy!

But, unfortunately, most of us do not know how to use a laser level to complete this rather frustrating job. And that’s why today, we’re going to help you with a brief step-by-step breakdown of the entire process.

Now, let’s see why you should use a rotary laser level to level a ceiling. 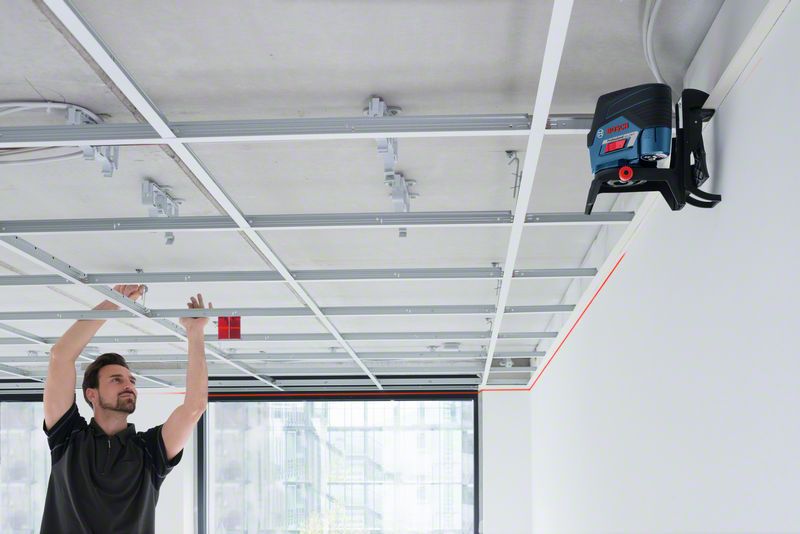 Why should you use a rotary laser level to install a ceiling grid?

Rotary laser levels are, without a doubt, the best tool to opt for when you’re planning to install a new ceiling parallel to the existing one. And that’s because unlike an average line level, the rotary laser levels emit lasers that revolve 360 degrees.

So ultimately, you get to cover the entire area with ease, without using numerous laser levels to get the job done!

Now, the rotary laser levels provide us with higher versatility as they can be placed almost anywhere, depending upon the job requirements. You can use it to create your ceiling drop to get a picture of how the final installation would look like!

How to install a ceiling grid step-by-step?

Before we move any further, we’d like to remind you that installing a ceiling can instantly transform any room with a wired/piped top into an exquisite living room! A ceiling grid does a great job at hiding the mechanical anatomy of your house, and amplifies its appearance with a fresh look!

Now comes the fun part; we’ve enlisted the key steps that you need to follow while installing a drop ceiling at your home. Mind you; these steps can be useful for both personal use and commercial use at the same time.

Grab a pen and pad (literally) because we’re about to begin. Yes, for this step, you’ll need to chalk out the dimensions of the area in a piece of graph paper. 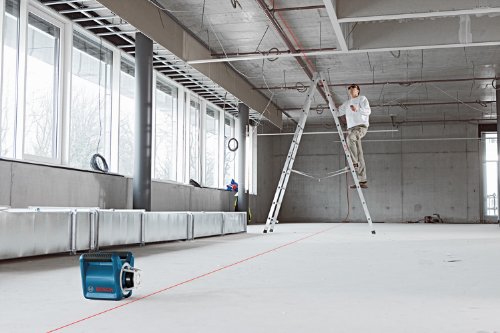 Now, after you have finally determined the ceiling grid that’s required for this job, make sure to mark the system on the graph design that you have just created.

Once you have the area dimensions and the ceiling grid requirements in alignment, it’ll be easier to proceed with the task.

Here comes the test of your DIY skills- this step requires you to decide the height difference between the top wall and the dropped ceiling. Here, if you already have an existing roof in your room, it will be easier for you to make the decision.

Still, just in case, here’s a pro tip- maintain a minimum distance of 4 inches, as it can help in moving the tile with ease. 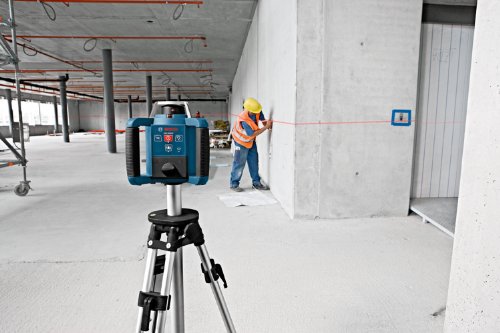 Time for some fieldwork, lads. Grab a measurement tape and a pencil. You’ll be needed to measure the distance from the ceiling joists up to the position you desire to point the level towards. Make sure to leave a mark that’s deep enough to be seen from the center of your room.

Now that all is said and done, bring out the rotary laser level and aim it towards the floor. To be more precise, point it towards the mark that you’ve made on the ceiling throughout the previous step. 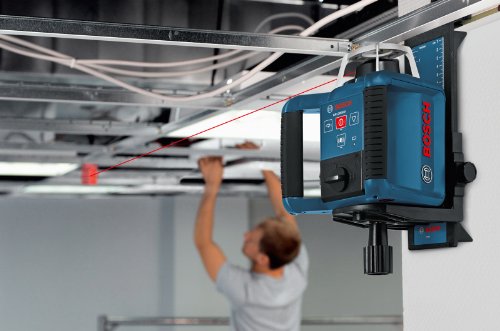 Now, slowly turn on the horizontal projection light of the laser level. After you’ve done it, start adjusting the rotary laser level on your own. Don’t stop until the parallel laser beam has appropriately aligned with the mark you had left on the wall.

Make sure that you’re accurate while adjusting the horizontal laser beam as per the mark, as the accuracy of the entire installation task depends on this step.

Here, you have to wait until the laser level does its job. By which, of course, we are referring to self-leveling. Now after the device has finished self-leveling, turn on the 360-degree rotary projection.

Now, take the pencil again and start marking the lines projected by the device, both horizontally and vertically. Turn off your device when you’re done with the marking.

After you’re done, fasten all of the perimeter channels along the parallel lines projected by the device. In the meantime, make sure to cut off the unrequited channels that do not seem to be fitting into the perimeter.

Take a finishing nail and tie a string line amidst the walls with which all of the channels are connected. During the course, make sure that you’re also attaching a line level, which will help in further leveling.

And there, you have it- your brand new DIY ceiling grid.

We hope that we could help you learn more about installing a ceiling grid using a rotary laser level with our detailed breakdown of the core steps. Did we miss out on anything? Or would you like to add something to our step-by-step guide? Do not hesitate to let us know in the comments below!

With that being said, we’ll return soon with similar exciting step-by-step breakdown guides for your convenience. Till then, stay tuned!

10 Best Laser Level For Home Use

Topcon RL-SV2S – The Best Rotary Laser Level You Can Buy

What Vaulted Ceilings Are, How to Use Them Properly

How To Secure And Protect Your Smart Home From Hackers

10 Best Humidifiers For Asthma To Consider

Should You Consider Getting Motorized Blinds?

October 5, 2021
0
If opening and closing window blinds seem like a chore, it's time to upgrade and get motorized blinds instead. We all know how frustrating it...