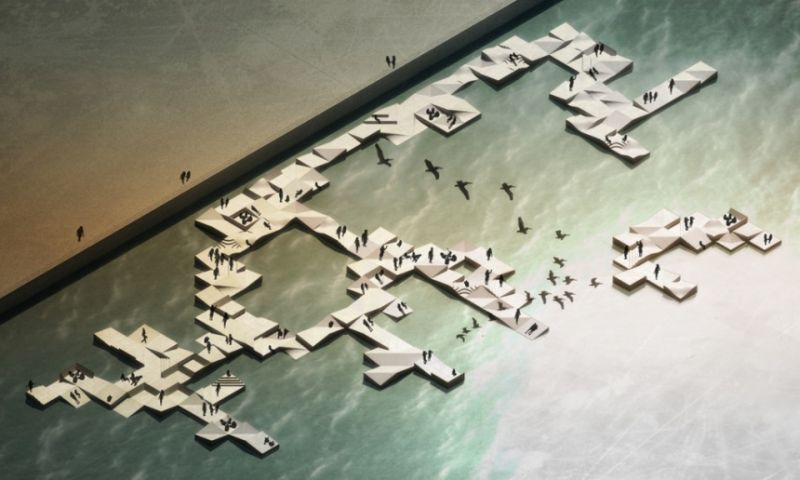 For months, three architects would meet at the waterfront of Izmir, Turkey’s third-largest city. They watched the oil tankers and container ships traversing the Gulf of Izmir, and the boats taking commuters to the suburbs. They observed the concrete barriers at the water’s edge, the forbidding and industrial atmosphere, and the highway that separates water from city.

But they also saw the way pedestrians would stroll on what little space was available to them, feeding pigeons, eating sunflower seeds and taking photos of the bay’s dramatic sunsets. Eventually it came to them – if you really wanted to bring people in Izmir together, transform the waterfront. But the very idea was daunting: Turkey’s bureaucracy is infamous, and a large-scale project to redevelop the waterfront seemed impossible.

So the friends – architects Can Sucuoglu and Elif Ensari, and Gudjon Erlendsson, a lecturer at Izmir University of Economics – decided to do something cheap, simple and red-tape-free. They approached Izmir’s chamber of commerce, who gave them a few thousand lira (the equivalent of about £2,000), and used the money to built eight floating docks out of plywood. ….