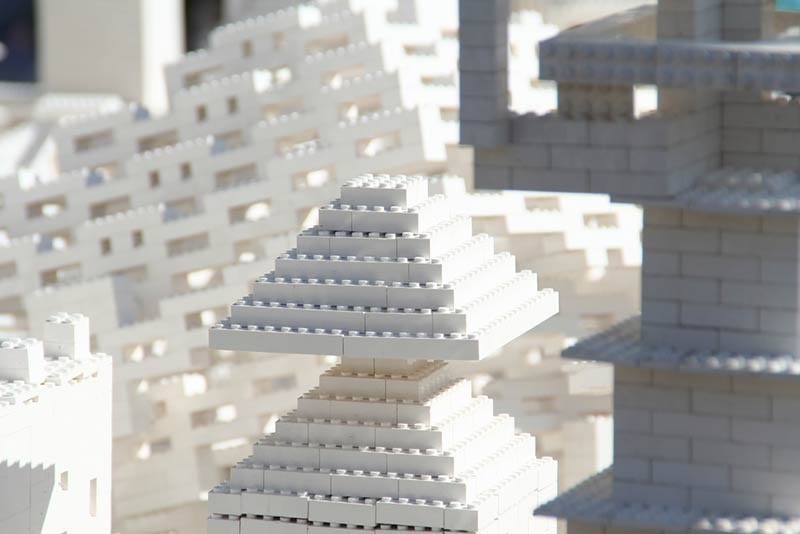 Lego wants to be taken seriously by architects, urban planners and even MIT. Can these pricey kids’ toys teach us how to build better cities, or is it all just brand hype?

One September day in 2005, the Danish artist Olafur Eliasson set up a few tables in a bustling downtown square in Tirana and unloaded three tonnes of Lego bricks. The Copenhagen-born, Berlin-based artist, known for his enormous, immersive installations – he once installed a gigantic, glowing sun at Tate Modern – included simple instructions: residents of the crumbling Albanian capital, which was recovering from the end of communist rule in 1990, were to construct their visions for the city’s future out of Lego. “Building a stable society,” Eliasson said, “is only possible with the involvement and co-operation of each individual.” As the days passed, everyone from kids to adults, passers-by to committed users, gradually turned the plastic rubble into a glistening white Lego metropolis.

Part art installation, part crowdsourced sculpture, part urban intervention, the success of the Collectivity Project was a sign, perhaps, of our desire to become more involved in imagining the possibilities for our cities, even if our bricks-and-plastic creations will eventually be taken apart and packed up in a box. But it also signals the Lego Group’s desire for its products to be thought of as more than a child’s building blocks. In little more than a decade, the Danish company has gone from a $300m loss to overtake Mattel, the makers of Barbie, as the world’s largest toy-maker. It has achieved this through a canny mixture of movie franchising (The Hobbit, Star Wars, Harry Potter and, of course, The Lego Movie), an ever-expanding universe of video games (including Lego City for Nintendo) and even a forthcoming CBeebies TV show in 2016 based on its long-running Lego City line – featuring sets such as Lego City Museum Break-In and Lego City Prisoner Transport. […]

October 25, 2014
0
Since summer 2011, the new residents of the Herzberg public housing project developed by AllesWirdGut and feld72 have been settling into their new homes and urban environment