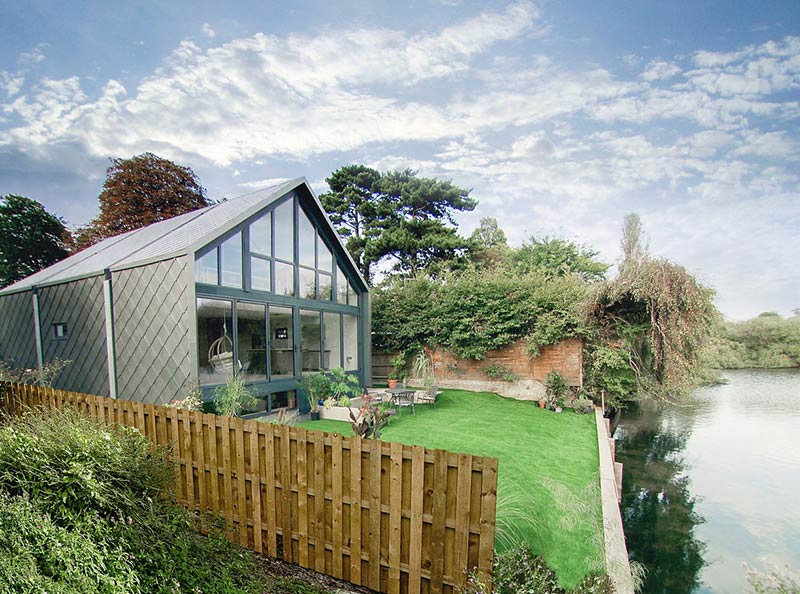 The wise man built his house upon the rock – not upon the flood plain. But the UK housebuilding industry seems to have skipped that particular Sunday school lesson: Britain is building houses in the highest-risk flood areas at almost twice the rate of housing outside flood plains – up to 20,000 new homes are likely to be built in areas of flood risk this year alone. Most won’t be hoisted up on stilts or shaped like boats, ready to bob up and down as the waters rise, but built in exactly the same way as the houses recently devastated by the wettest December on record.

The unlikely trio of storms Desmond, Eva and Frank brought havoc to more than 16,000 homes, cutting off 75,000 more from electricity and causing an estimated £6bn worth of damage. Seeing Yorkshire and Cumbria transformed into scenes from Waterworld, only with flat caps and wellies rather than animal skin capes, might have been mildly thrilling for the TV helicopters, but it was surely a sign that we should be constructing bigger flood barriers and building new homes on ever higher ground.

Not necessarily so, according to Robert Barker and Richard Coutts, founders of Baca Architects, who have spent the past decade dedicated to developing building strategies that can work with water, rather than against it, and whose thinking has resulted in a timely new book, Aquatecture.

“Conventional wisdom has always been about running away from water and building big barriers to defend against the risk of flooding,” says Barker, sitting in Baca’s south London studio, where the walls are plastered with watery-blue images of projects planned for the edge of rivers, lakes and seafronts. “But with rising sea levels and increasing flood risk, we’re going to have to learn to embrace water and use it to our advantage.” […]

November 30, 2015
0
Copenhagen Gate, designed by US architect Steven Holl, would have been suspended between two skyscrapers