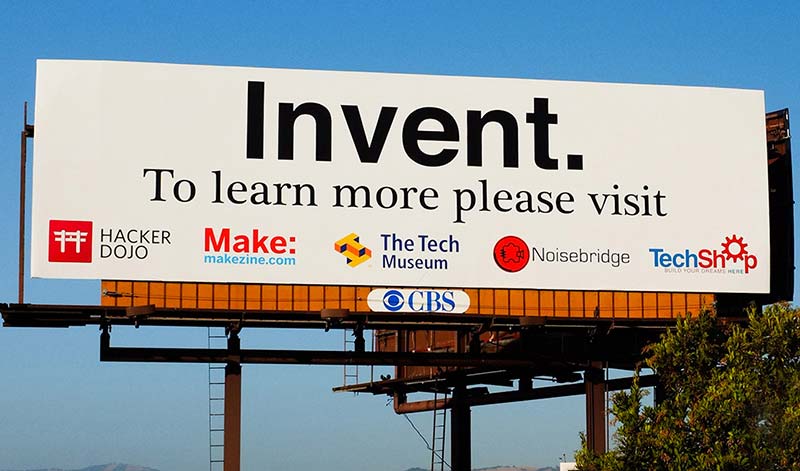 Makerspaces are at once an emerging architectural and institutional typology and a manifestation of the so-called sharing economy. But will they last?

Travel on Amtrak, on the Northeast Corridor route, and you pass through the heart of the mid-Atlantic post-industrial landscape. Baltimore, Wilmington, Philadelphia, Trenton, Newark: these cities once made everything from rope to steel to transistors, taking raw materials from the heartland and transforming them into products for export. Now the train rumbles by abandoned brick factories with broken windows and scattered new glass-walled bank towers — a region in the midst of economic transition.

Last year, in late summer, I took the train from Baltimore to New York; I was traveling as a research fellow for the Robert W. Deutsch Foundation, studying the rise of maker culture. My first stop was the Museum of Art and Design, to meet with Lowery Stokes Sims, curator of the very first Makers Biennial. The exhibition wound through several floors of the building, even occupying the stairwells, which had been surfaced with scratch-and-sniff wallpaper. In the catalogue, MAD director Glenn Adamson underscored the changing concept of craft and the museum’s own evolving mission. “We use the term ‘making’ — as opposed to other such closely related terms as craft, workmanship, and artistry — because it emphasizes the active and open nature of our subject. To capture this fascinating range of production,” he wrote, “only a very broad term like ‘making’ will do.”

The Biennial was the first time in recent years that a major American museum had conceptualized maker culture as more than a hobbyist pursuit: MAD was positioning it as a new amalgam of art, craft, and technology. Objects in the exhibition ranged from straightforward artifacts — axes, benches, chandeliers, et al. — to conceptual works including terrariums, reactive sculptures, and digital installations. Up on the sixth floor, artist-in-residence Andrew Salomone was using the museum’s proto-makerspace to create ski masks knitted with images of faces. Very little of popular maker culture, like drones or 3D printers, was represented. […]