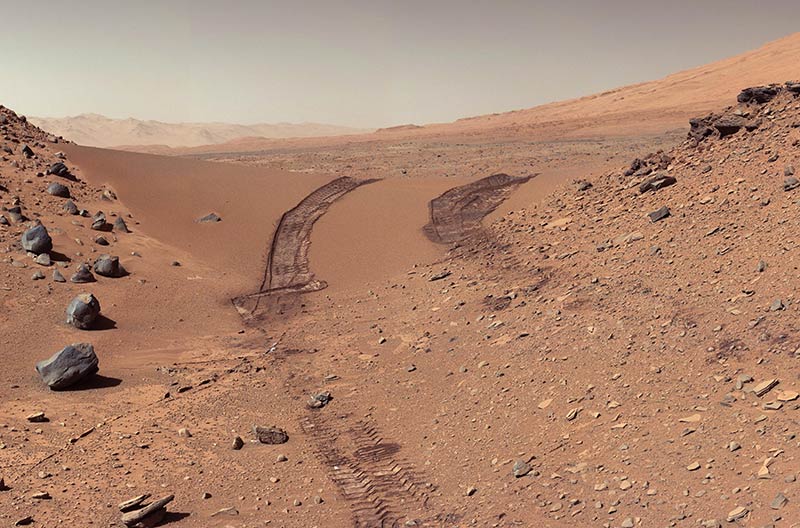 If we’re going to colonize Mars, we’ll need buildings to live and work in. So researchers have made cheap, strong concrete out of “Martian” soil.

There is growing interest in the goal of sending humans to Mars. Various space agencies have begun to study the numerous problems such a mission would present, not least of which is protecting humans during the journey.

But once humans arrive on the red planet, they will require high quality buildings in which to live and work. They can take certain structures with them but this can only be a temporary solution. The first colonizers will quickly have to find a way to build structures using the planet’s own resources. But how?

Today we get an answer thanks to the work of Lin Wan and pals at Northwestern University. These guys have worked out how to make Martian concrete using materials that are widely available on Mars. And, crucially this concrete can be formed without using water, which will be a precious resource on the red planet.

The key material in a Martian construction boom will be sulphur, says the Northwestern team. The basic idea is to heat sulphur to about 240 °C so that it becomes liquid, mix it with Martian soil, which acts as an aggregate, and then let it cool. The sulphur solidifies, binding the aggregate and creating concrete. Voila—Martian concrete.

Of course, the idea of using sulphur to bind aggregates is far from new. Engineers have been experimenting with this kind of material for at least a century and initially found that sulphur-based concrete had its fair share of problems.

For a start, as sulphur cools, it solidifies to form monoclinic sulphur and then transforms into orthorhombic sulphur, the stable allotrope at lower temperatures. But it also shrinks during this process and this shrinking creates cavities and sets up stresses that severely weaken the material. […]

A stealth Philadelphia Center City tower that gets it right

How to build a fairer city

A new swimming pool in Chambéry by ALN Atelien Architecture

August 1, 2016
0
ALN Atelien Architecture won the tender launched by the City of Chambéry to design a new swimming pool scheduled to be opened in 2019