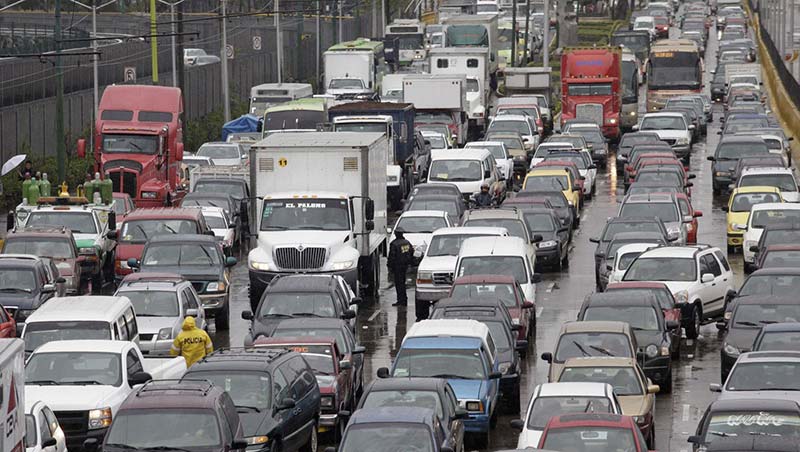 Mexico City officials have an elevated idea about how to deal with the city’s hellish traffic: Hover over it.

The city’s science, technology and innovation department, known as Seciti, on Nov. 26 unveiled a prototype (link in Spanish) of an aerial transportation system that would float over the sea of cars, potholes and street protests that regularly disrupt life in the enormous metropolis.

Many residents already use public transit—more than 60% rely (link in Spanish) on the subway or bus, compared to 16% who drive their own car, according to a 2013 survey by Parametría. Still, the city has the worst traffic in the world after Istanbul, according to the TomTom Traffic Index, which measures the extra time it takes to get somewhere due to congestion. In Mexico City, trips end up taking 55% longer than if the streets were clear. In Paris that figure is 35% and New York it’s 31%.

The solution is a kind of elevated monorail, with gondolas that run on a horizontal track, and it could really help unload the city’s crowded streets, officials say. A 5km (3 mile) line could move 37 million people a year—and up to 200 million if it were extended another 10 km. For perspective, the busiest subway line transports around 290 million passengers (Spanish) a year. […]

To transform the Arbutus Corridor, Vancouver needs to think big

March 16, 2016
0
The City of Vancouver and CP Rail hammered out an agreement that will see the city purchase the Arbutus Corridor lands for $55-million