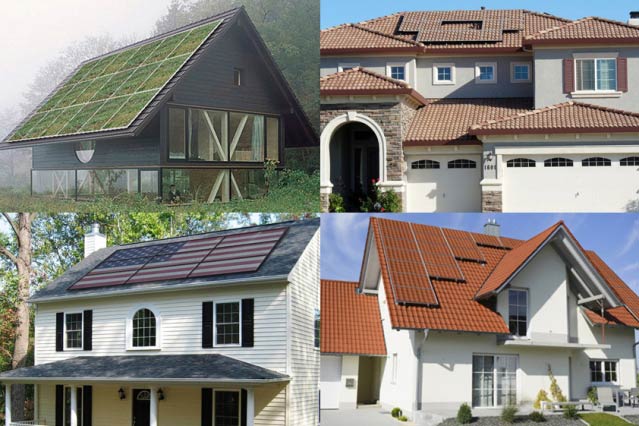 Residential solar power is on a sharp rise in the United States as photovoltaic systems become cheaper and more powerful for homeowners. A 2012 study by the U.S. Department of Energy (DOE) predicts that solar could reach 1 million to 3.8 million homes by 2021, a big leap from just 30,000 homes in 2006.

But that adoption rate could still use a boost, according to MIT spinout Sistine Solar. “If you look at the landscape today, less than 1 percent of U.S. households have gone solar, so it’s nowhere near mass adoption,” says co-founder Senthil Balasubramanian MBA ’13.

Sistine’s novel technology, SolarSkin, is a layer that can be imprinted with any image and embedded into a solar panel without interfering with the panel’s efficacy. Homeowners can match their rooftop or a grassy lawn. Panels can also be fitted with business logos, advertisements, or even a country’s flag. SolarSkin systems cost about 10 percent more than traditional panel installations. But over the life of the system, a homeowner can still expect to save more than $30,000, according to the startup.

A winner of a 2013 MIT Clean Energy Prize, Sistine has recently garnered significant media attention as a rising “aesthetic solar” startup. Last summer, one of its pilot projects was featured on the Lifetime television series “Designing Spaces,” where the panels blended in with the shingle roof of a log cabin in Hubbardston, Massachusetts.

In December, the startup installed its first residential SolarSkin panels, in a 10-kilowatt system that matches a cedar pattern on a house in Norwell, Massachusetts. Now, the Cambridge-based startup says it has 200 homes seeking installations, primarily in Massachusetts and California, where solar is in high demand.

“We think SolarSkin is going to catch on like wildfire,” Balasubramanian says. “There is a tremendous desire by homeowners to cut utility bills, and solar is finding reception with them — and homeowners care a lot about aesthetics.” […]

Renovation and Expansion of a Sicilian Villa / ACA

Calatrava’s Extravagant Train Station and the Price of Beauty

Julian Schnabel: In The Course of Seven Days

June 24, 2016
0
The Lucas Museum of Narrative Art, tied up in federal court, isn't the only lakefront project Mayor Rahm Emanuel can't seem to get off the ground