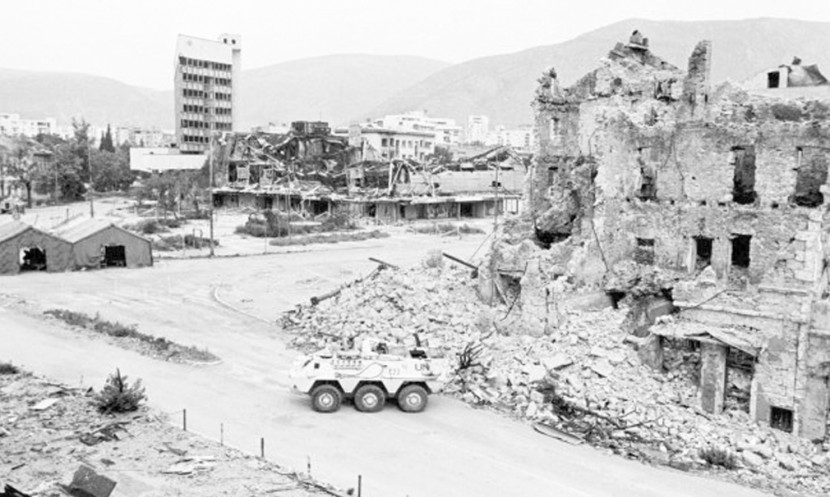 As a follow up to the article ‘Mortal Cities and Forgotten Monuments‘ about the role of the monuments commemorating the victims of fascism in former Yugoslavia, this article will focus on the role architecture has played during the war in Bosnia-Herzegovina (1992 – 1995), focusing specifically on the city of Mostar, partially due to its personal significance. In September 1993, in the midst of the civil war, I fled Bosnia-Herzegovina together with my parents. In the summer of 1999, we came back to visit the country. That summer, and many more after it, we visited cities like Sarajevo and Mostar. Full of wonder I studied the demolished cities and buildings. It was, and still is, a unique experience to visit a city in such a condition.

Architecture has a strong influence on people’s feelings. Every one of us has buildings, streets or squares in our environment to which we are, consciously or unconsciously, very much attached. Oftentimes we presume that the city we live in will always be there. We presume the office we work at, the school building we are taught in, the supermarket we do our shopping at and the building we live in will never disappear. We also presume that the monuments that have been a part of the cities we live in for centuries will never be gone.

July 21, 2014
0
NO WÓDKA is a concept store that shows a fine selection of todays' lively Polish art and design in Berlin.