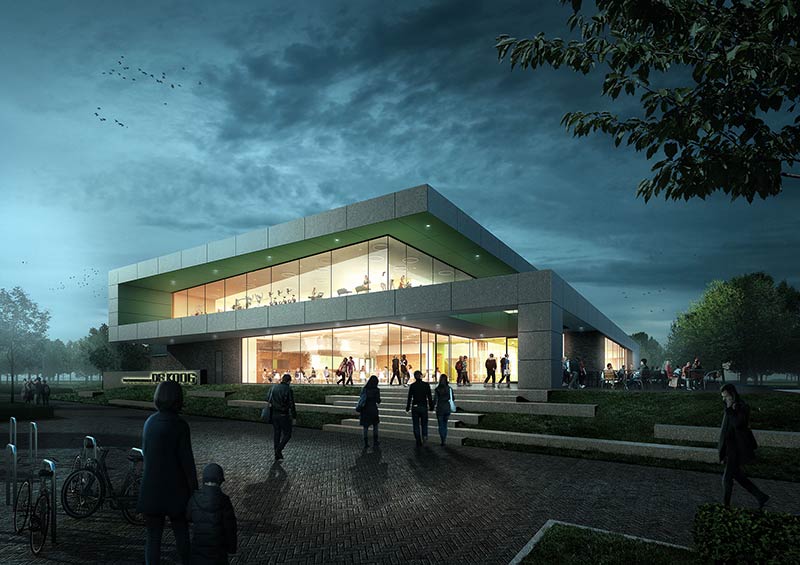 Work is currently underway on a new sports centre in the municipality of Zaanstad, the Netherlands. The project will be completed by mid-2016.

The design of the sports centre, called ‘De Koog’, was made by MoederscheimMoonen Architects. The key point of departure in the design of the new complex in Koog aan de Zaan was the concept of a pavilion. This will yield a free-standing, transparent volume with pronounced sightlines and a clear lay-out. 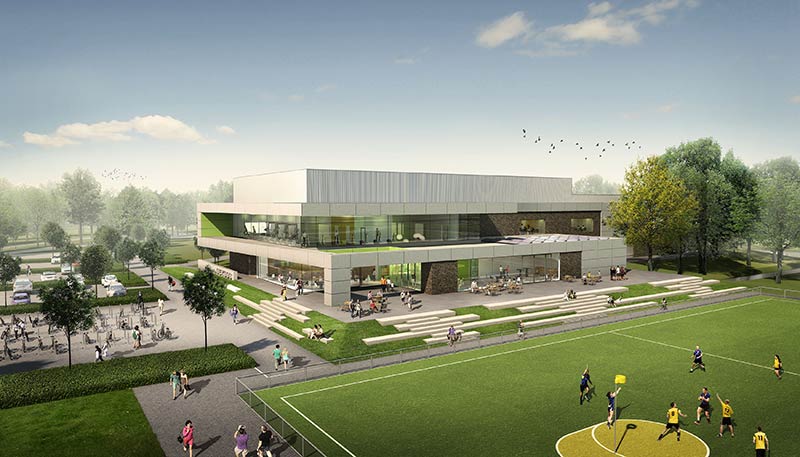 The new building will form the new heart of the sport park located near the A8 motorway towards Assendelft. The urban development plan stipulates that the complex site should be elevated at least 1.5 metres above the surrounding area. MoederscheimMoonen have grasped this requirement as an opportunity to strengthen the character of the sports centre. 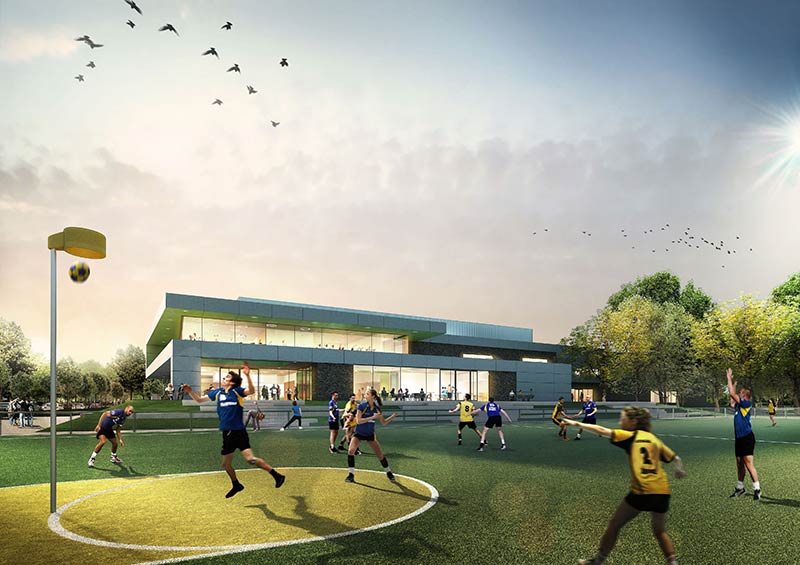 On the one hand, the site elevation or ‘mound’ contributes to the complex’s integration in the nearby landscape. In addition, the slopes, staircases, stands and terraces form a high-quality environment that people can stay around in – between inside and outdoors; high and low. According to the architects, the area is perfect for following the game during an outdoor match, or relaxing after a strenuous evening training. 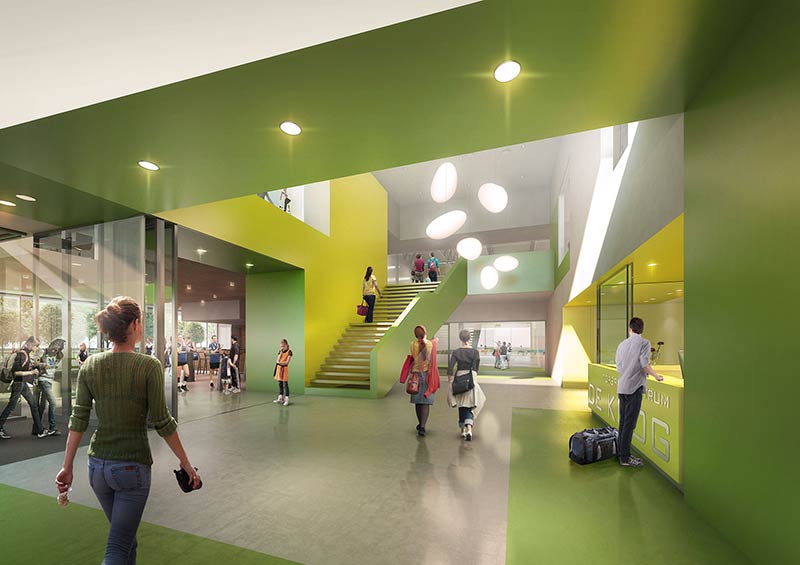 The sports centre can be roughly divided into five volumes. The largest are the top-level sports and amateur sports halls, which are connected lengthwise. The changing rooms, with multi-purpose educational facilities overhead, have been laid out in a slender volume that runs parallel to these halls. 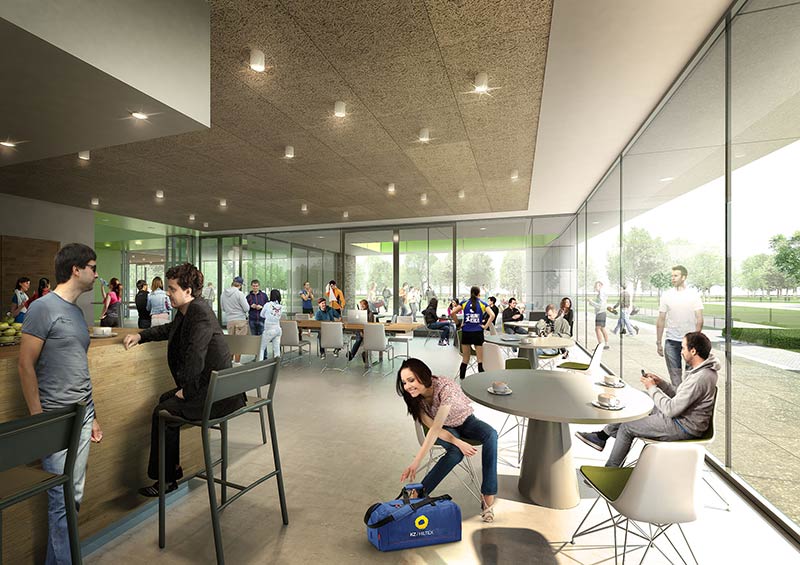 According to MoederscheimMoonen Architects, various functions along the prominent south-eastern corner of the complex have been positioned so that they strengthen the visual interaction between the building and its environs. 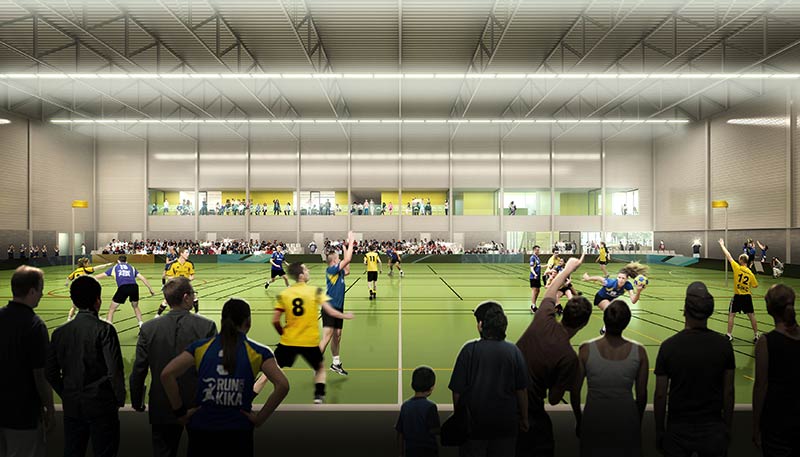 The building’s design is defined by strong formal elements that accentuate the key public areas along the front of the building. Aluminium panels form a stark, meandering frame for large expanses of glass.

This glass serves as the primary interface between the interior and the outside world. At street level, the building has a robust appearance with dark red-brown brickwork. The interior offers an interplay of different hues of green. The design strives to combine an athletic look and feel with the green colour schemes so typical of the surrounding region.

The project is scheduled for completion in mid-2016.

Developers have figured out the secret sauce for gentrifying neighborhoods

June 24, 2015
1
Newcomers had been trickling in for a few years, but that’s when the gentrification of New York’s Crown Heights began to attract wider attention