A unanimous jury announced the winner of the restricted design competition NEW AARCH. The newly established practice Vargo Nielsen Palle, led by three recently qualified architects, has won the restricted design competition NEW AARCH ahead of established and internationally recognised practices. This was announced today at an event at Aarhus School of Architecture in which participated, among others, the Danish Minister for Transport, Building, and Housing Ole Birk Olesen and Mayor of Aarhus Municipality Jakob Bundsgaard. 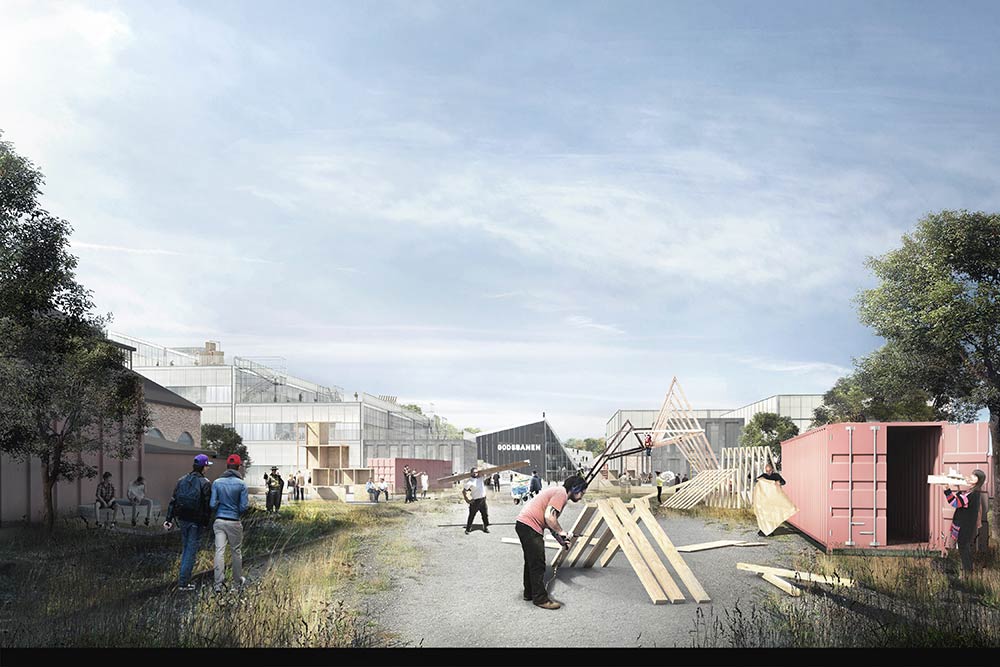 “It is a powerful project that interweaves with its surroundings, Ådalen, the city and the surrounding neighbours in the area. The new school of architecture will be a cultural hub that encourages interaction and dialogue. An open, pragmatic, flexible structure that allows for continuous change and adaptation to changing needs, and which focuses on the future life and activities inside the building. It will be a factory for architectural experimentation that will set the stage for cooperation with the city, the profession and our neighbours – just as we wanted”, said the happy rector of Aarhus School of Architecture, Torben Nielsen, who is looking forward to leaving the out-dated premises in the old merchant’s house at Nørreport – premises which have been the ‘temporary’ home of Aarhus School of Architecture for more than 50 years. 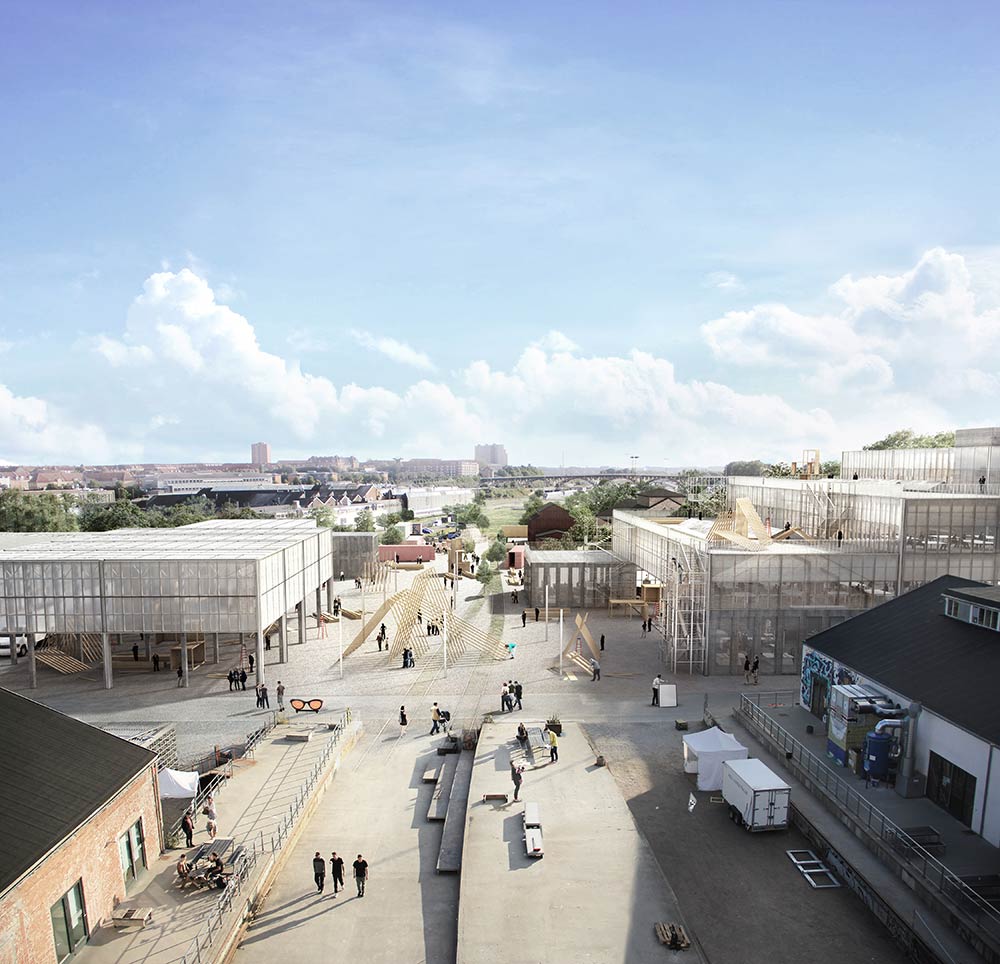 The Jury could have chosen up to three projects for further processing in a negotiation process, before making the final decision. However, a unanimous jury found Vargo Nielsen Palle’s project so compelling that they chose to invite only this team to the negotiations. The project was drawn up in cooperation with ADEPT, Rolvung & Brøndsted Arkitekter, Tri-Consult and Steensen Varming. In terms of scale, the winning project relates well to Carl Blochs Gade and plans the many uses as a ‘city within the city,’ where visual contact between the school’s diversified users encourages cooperation and mutual inspiration. The building structure is stepped down in height towards a central urban space that opens up the school towards the city and the neighbouring institutions. 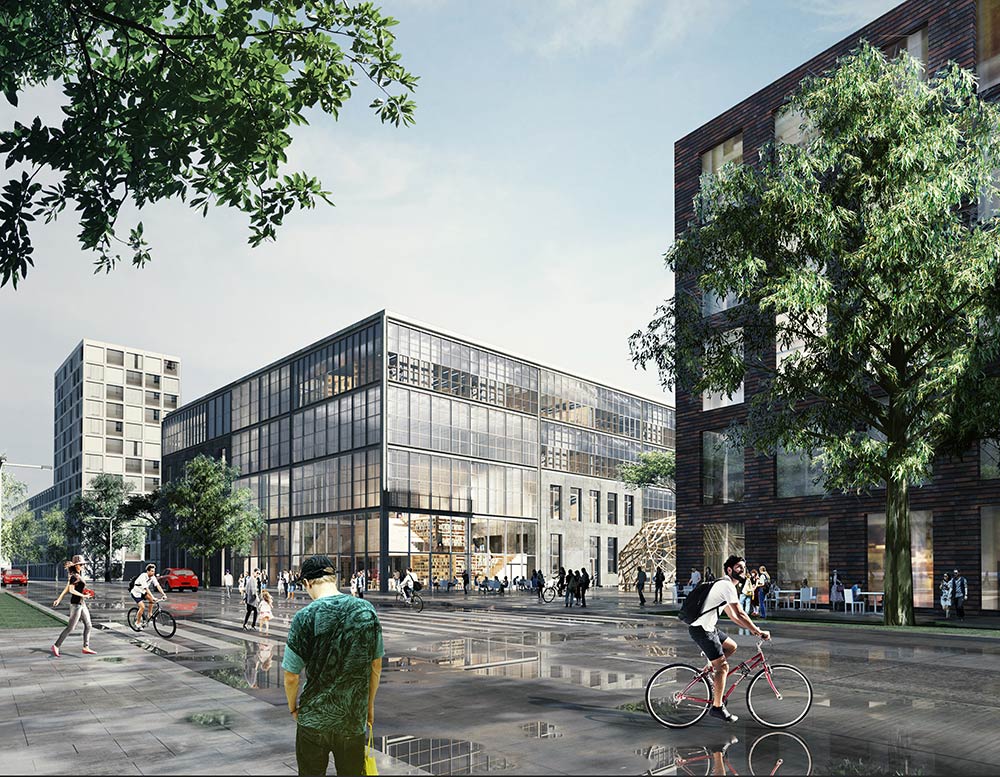 A total of six companies participated in the restricted design competition. Three teams had been pre-qualified based on their experience, while another three were selected through an open design competition, in which 230 participants from around the world submitted proposals for a new school. The two-stage competition was precisely intended to give young, untested talents an opportunity to contribute.

“Today the majority of design competitions are exclusively based on prequalification, which means that only established companies that have participated in numerous building projects qualify. The competition form that was chosen for this project challenged this, and the result shows that it was entirely successful”, said Norwegian Architect Reiulf Ramstad, who together with Architect Jens Thomas Arnfred, acted as design professional in both the open design competition and the restricted design competition. 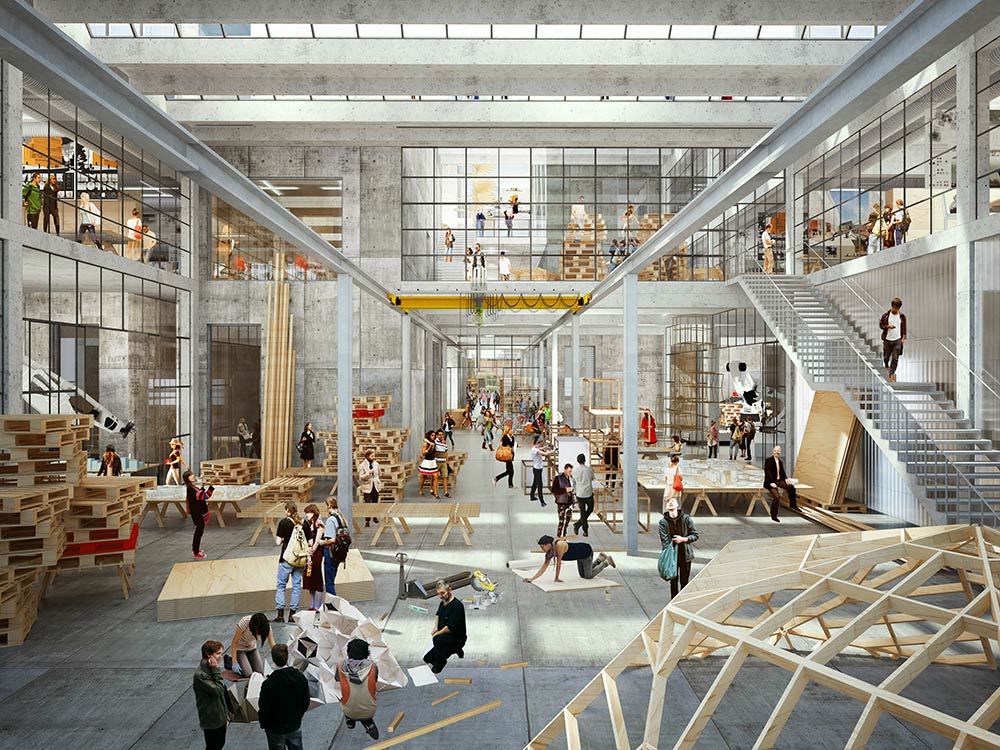 Concept and idea reduced to the bare essentials

Signe Primdal, vice president in The Danish Building & Property Agency and chairman of The Jury, is also satisfied with the competition process:

“The framework and economy of the new school of architecture are modest, which has forced the school and us to think hard and give priority to the right aspects from the very start. The initial open design competition enabled us to draw up a competition brief that has helped us find a robust winning project – a project in which the concept and the idea have been reduced to the bare essentials. We have been fortunate enough to find a winning team which has very skilfully – but also in a subdued and humble way – read, understood and solved the task. Architecture, functionality, and economy have been interconnected criteria during the assessment, and we are pleased to have a winning team which has understood the spirit of the budget without allowing inventiveness to suffer in consequence. This has convinced us that they are fully capable of handling the task and realising the project.” 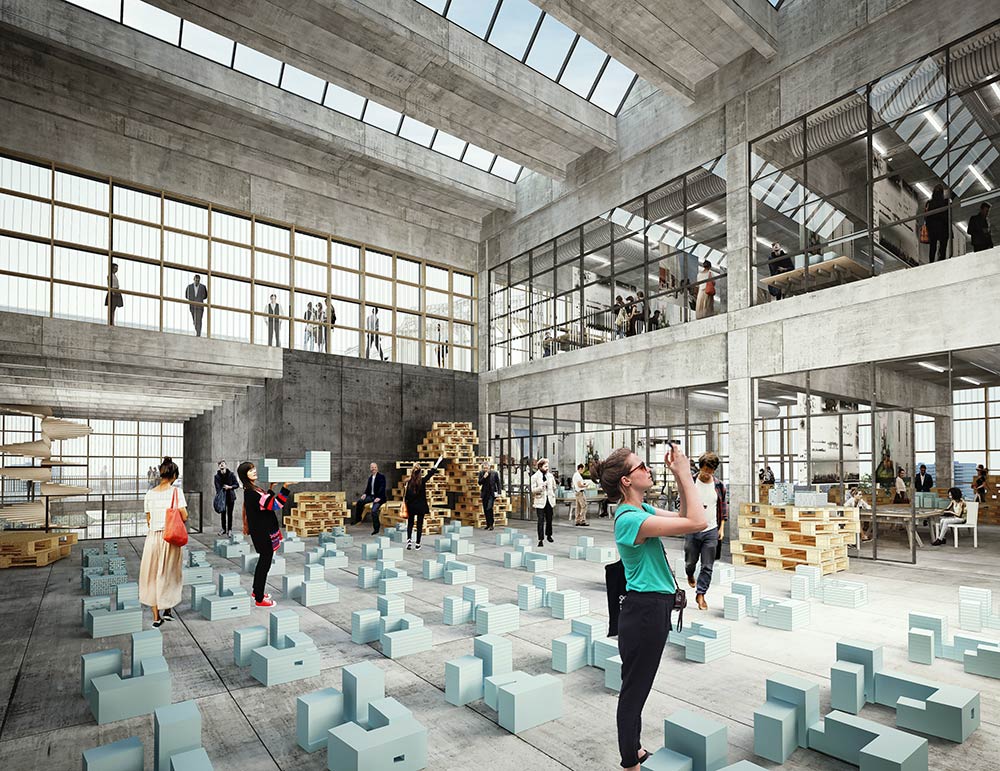 The Danish Building & Property Agency expects to enter into a contract with the consulting team behind the project immediately after the winning project has been announced. Subsequently, the project will be processed and detailed further through dialogues with the students and staff of the school before the project is expected to be offered as a design-and-build contract in the autumn. The winning consulting team will, together with the chosen design-and-build contractor, be responsible for the detailed design and for bringing the project home. The new school of architecture is expected to be ready for inauguration in 2021. It will cover approx. 13,000 m2 and have a total budget of DKK 261 million (US$38 million).

Best-kept secrets for buying a house

The Approach Of A Different Drummer – Hampshire Country School by LineSync

January 7, 2016
0
The outcry over the demolition last year of the 53-year-old Hotel Okura in Tokyo surprised no one more than some Japanese historians and architectural specialists